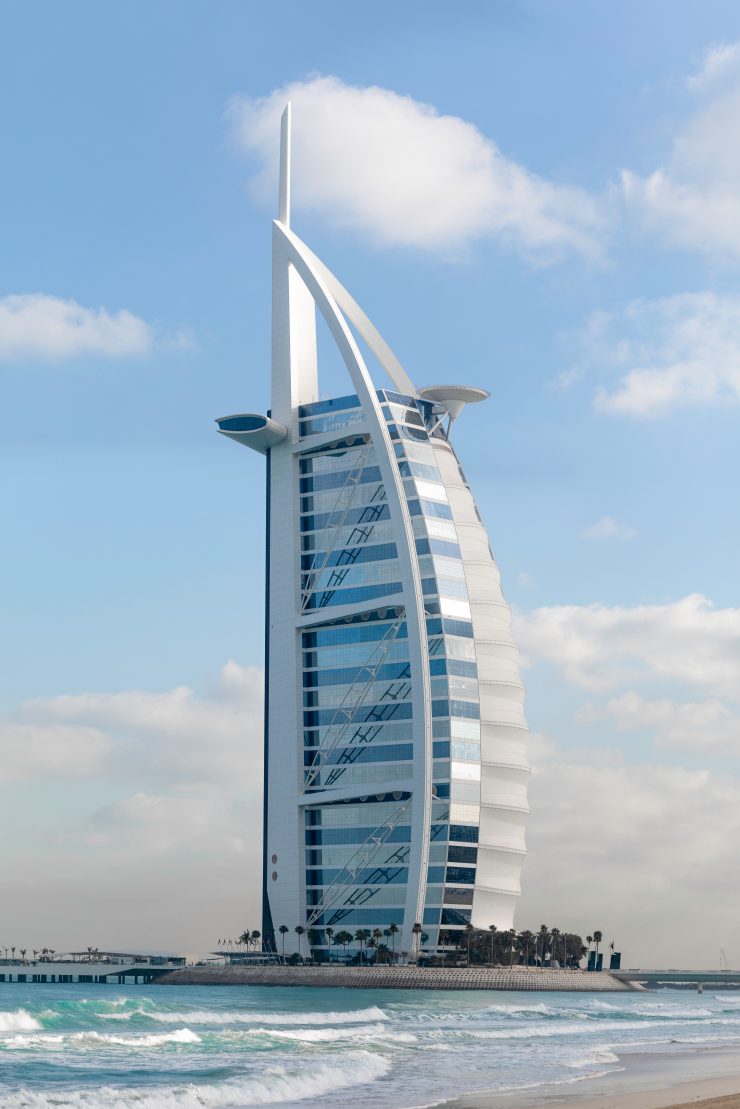 It is almost impossible not to think about a magical place when you talk about the UAE! Sand, beautiful clothing, luxury, idyllic landscapes, exotic flora, spots and food!

Just to imagine the possibilities to have a different kind of experience as a tourist or traveller. To be able to be in places as mythical and amazing like the UAE can offer. Being able to step in a destination that will transform your stay and why not, will make you feel enchanted as well.

Try cool and unusual things in a place that is able to offer such a vast and variety of experiences for you to keep in your memory for the rest of your life.

Here are some of the cool and unusual things that you can do in such a beautiful and powerful place such as The United Arab Emirates:

A tiny ghost village lost in the sand; two rows of very colorful houses and a mosque as well engulfed by the dunes. The local legend holds that the jinns drove the people away from the village and left it buried in sand.

An artificial archipelago that resembles a map of the world, an easily recognized man-made island off of the city’s coast.

Another grandiose project that allows one to admire one of the most ambitious undertakings, the garden is formed by massive designs and shapes using fields of flower beds and land.

This reproduction of Al-Jazari’s enormous water clock, is a tribute to 800 years of brilliant engineering. It is considered to be an example of an early analog computer, not to mention its impressive and shocking design and shape.

An indoor ski resort with a snowy mountain inside the mall! So if you thought that it was impossible to ski in the snow in one of the hottest places in the world, think again! Including a mall for you to enjoy and do shopping while admiring or skiing the enormous snowy mountain.

World’s first zero-carbon city! Planned to be a 100% green city. Although during the global crisis had to be stopped, most of the terracotta buildings and the rest of the planning remain in this eco-friendly massive project.

This president began building the Grand Mosque in 1996. He was buried on the grounds of this impressive building. Until 2007 opened its doors to the public. Instead remain the largest carpet, massive chandeliers in the prayer room, and the fight between the modern world and traditions.

The third tallest hotel in the world, most luxurious place to stay, modeled after the sail of a J-Class Yacht, their guests are greeted from the airport by their chauffeur-driven Rolls Royce or helicopter. The hotel interior is covered in 24-carat gold and each room has a private butler and staff that has been trained by watching Downton Abbey.

Sprawling market houses where you can find literally tons of government-regulated gold, gems, and precious metals.

From beneath footsteps and car wheels, a deep roaring tone comes from the land, that according to local legend, spirits whisper names in order to disorient travelers and drag them into danger.

This is the oldest surviving mosque in the UAE with mysterious origins and unusual architecture, uniquely built with an area dotted with unusual flora.

The enormous sports car theme amusement park, shaped like a massive three-pointed star when viewed from the air, with an operating Ferray factory but also the home of the fastest roller coaster in the world!

One of the largest sand dunes in the world, which due to its steep slope and sharp incline, got the nickname of “the Scary Mountain”.

they have a cluster of igloo-like domes that form the remains of an ancient burial ground. Classified by UNESCO as a World’s Heritage Site.

The star attraction of this hotel is the new F1 Yas Marina circuit, on which the hotel has been built and the world’s largest led display.

Admire and pass through the past and the present of the city by this spectacular world’s largest frame that offers also spectacular views. It celebrates the city’s history, from humble beginnings to its current glamor and prestige.

the oldest and largest castle in the UAE, this fort is best remembered for the significant role it played in resisting colonial expansion. Visit the museum and village.

This hospital, attends, holds, and cares for over 6000 feathered patients a year. Is the largest falcon hospital in the world. It is quite a sight to walk in the main clinic area and find these amazing birds.

The curvaceous capital gate skyscraper is an unmistakable feature of the Abu Dhabi skyline. Architects for sure had to get creative to build such a structure that gravity-defying inclines.

You can admire these petrified fossil dunes in the vast desert, looking like Star Wars movie films, dunes patterns and alignments vary considerably from area to area.

This imponent ship, has been given a second chapter after being rescued from retirement. Converted into a floating hotel, it is open for people to experience on a historic ocean liner.

Be the witness of this street’s transformation every December into a catwalk for a camel beauty pageant. These beautiful beasts walk in this street to show off their best exemplary.

One of the unusual things to experience here, would be to visit the opulent car collection of an eccentric Sheik housed in his own private pyramid.

An epic futuristic museum with the shape of a torus with an elliptical void that stands up to show its majesty to visitors and selfy material. You can not miss visiting this museum.

This hotel lobby is the house of this incredible and blows wind blown glass sculpture. Rises up to the ceiling of the lobby in amazing colorful variety and elegant glass shape.

What? Yes! An ATM dispensing funds in cold, hard bullion in place of cash! Use it or not, it’s worth even seeing it!

A mysteriously abandoned fort, looks like a place pulled out of history or a legend. With all the charm and mystery to be from an Arabian tale.

Wildlife Sanctuary where thousands of birds, along with mammals and fish and other species are protected and fenced to preserve their habitat.

A unique place fun to explore, and walk around. An intercultural, international, and small town, with local shops and restaurants, fish and vegetable shops.

it is the first of its kind ice lounge that contains ice sculpting. Enjoy the chill with warm and hot meals and beverages for you to feel in the icy weather in the middle of a hot city with the right temperature!

An incredible mix of past and present, a place that offers both but is willing to create the best present and future for locals and visitors. A place that will remain in your selfies, cell phones but most importantly, in your heart and mind.

One thing that keeps appearing in these numbered appealing and amazing things to see, visit, explore, or staying in the UAE is the world’s best or largest, or luxurious, or biggest! Holds the record of that, precisely. So whenever you get to visit this magnificent place, just remember that you will be in the same Best list and world record place!