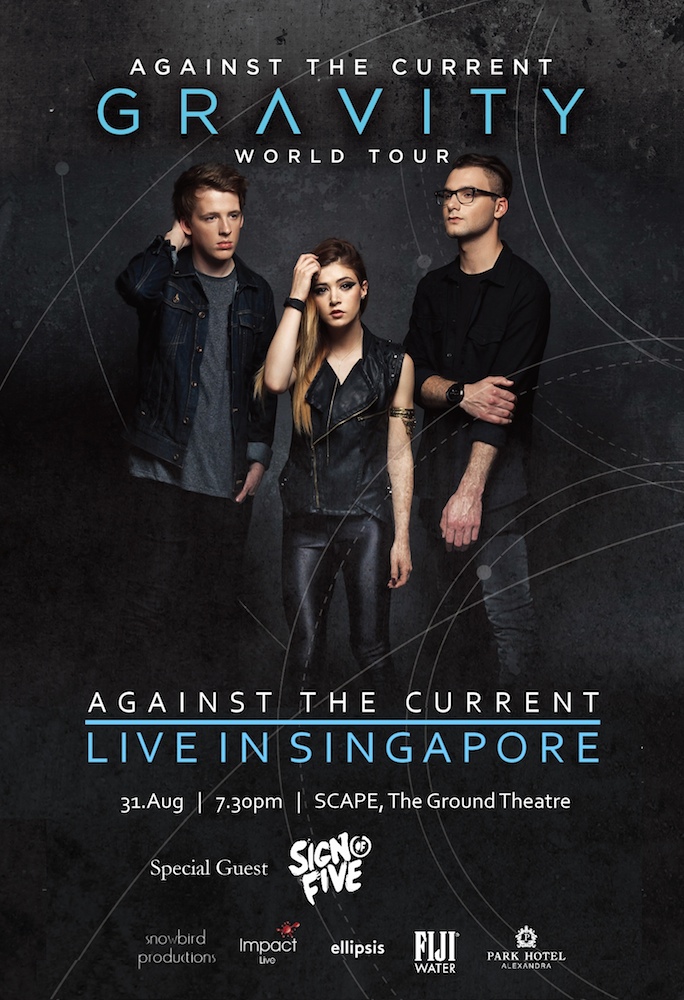 After a very successful Australia/Asia tour last year, YouTube sensations Against The Current lead by the ever-popular Chrissy Costanza, will be coming back to Singapore as part of their Gravity World Tour. ATC has been busy with the release of their 2nd EP titled “Gravity” and a couple of new Single releases including the latest Single “Dreaming Alone” featuring Taka from ONE OK ROCK. ATC has been scouting around for a music label and it was not long that Warner Music’s sub-label Fueled By Ramen took noticed. ATC is now proud to belong to a family of great artists that includes other acts like Panic! At The Disco, Gym Class Heroes, Paramore, Fun, Cobra Starship and others.

*Inclusive of ticketing fee. All prices in SGD.

Retail: Outlets to be confirmed (only for standard tickets) Check our Facebook for more details)

Against The Current is female fronted pop-rock band from New York. Formed in 2011 before any member was even old enough to drive, the group quickly gained momentum by posting videos on their

YouTube channel which currently boast more than 1 million subscribers. After independently releasing 2 EPs, dozens of singles, and touring the globe without the support of major label, the band signed to Fueled By Ramen/Atlantic Record during the winter of 2015. The band is embarking on a headlining world tour summer 2015 in support of their recently released GRAVITY EP, with stops in Europe, Asia, Australia, and North America. Against the Current’s major label debut is due out winter 2016. http://www.atcofficial.com
http://www.facebook.com/againstthecurrentband http://www.youtube.com/user/againstthecurrentNY

Sign of Five is the rebirth of Dropbeat Heartbeat, a Punk-Pop/Alternative band based in Singapore. Dropbeat Heartbeat has been making huge (sound)waves in the local music scene with their debut Extended Play (EP) titled “Gettin’ Outta Here”.

The EP was a huge success for Dropbeat Heartbeat, achieving the runner-up position for the ‘Best Rock Song 2013’ category in the VIMA Asia Music Awards. The band also took the local music charts by storm with their radio-friendly hit song, ‘Somebody Loved’, which garnered 200,000 views in YouTube in less than 1 month.

However, the quintet has now discovered a more unique and mature tune with songs about adulthood and hard facts of life. Through fist-pumping, anthemic melodies, and clever lyrical wordplay, the band aims to reach out to youths regionally and internationally, inspiring budding musicians and the new generation that they can pursue their dreams as long as they set their mind to it!

The band has recently released their Debut Single along with their first music video and is soon to launch their EP this 2015.
www.facebook.com/SignOfFive
www.twitter.com/signoffive
www.instagram.com/signoffive 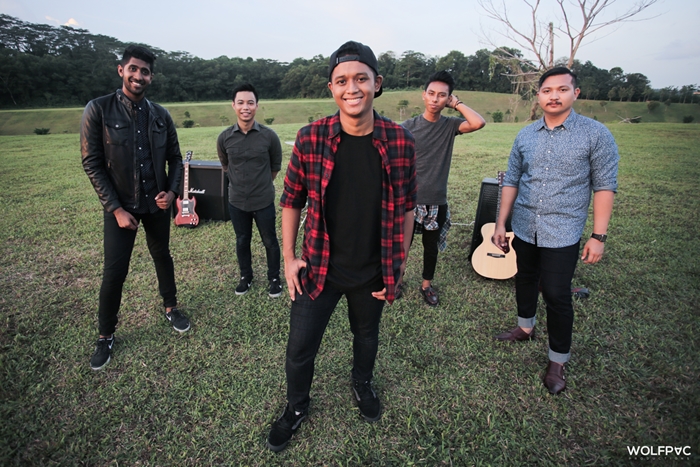