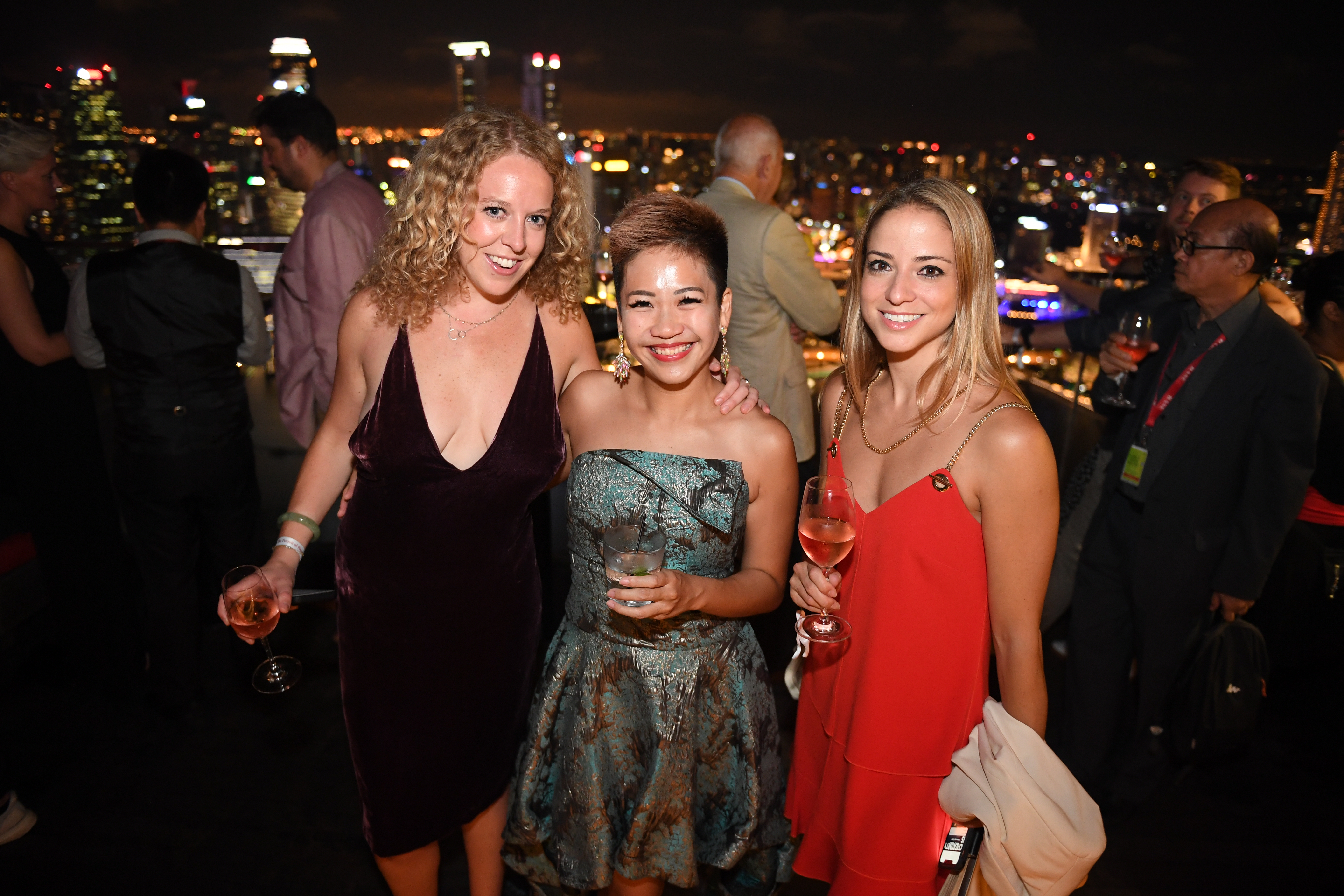 Janiqueel feels the power of musical fusion at a performance to be remembered.

The curious beauty of African music is that it uplifts even as it tells a sad tale. You may be poor, you may have only a ramshackle house, you may have lost your job, but that song gives you hope.

It seems there is an anti-gravity field which covers the stage at the Marina Bay Sands when INALA is in production. How do they do that? Dancers leap and land seemingly meters from they launched. I could do what the dancers do – if I was on the moon.

Janiqueel and staff writer, JKJ, were fortunate to attend the premiere performance of INALA on Wednesday evening. Sensational! Dancers leaped in abandon accompanied by the heavenly harmonies of the Soweto Gospel Choir, a viola, vibraphone, piano and the steady hypnotic beat of drums – both African and moderns. The music churns and sweeps; the movement never stops. The Soweto Gospel Choir, two-time Grammy award-winning South African singers bring their patented blend of rhythmic movement and close harmony and to the performance. Behind them impressionist shapes and constantly changing light schemes. Induce a mood of vibrancy and sunlight – so African. As I’ve said, IT MOVES, from start to finish. By the end, the audience is caught up in the sheer joy of people singing, dancing, and playing their instruments in a blend of cultures and musical styles.

Those in the mood to quibble might point out that INALA is not purely African, that the modern instrumentation and production techniques detract from the cultural undercurrent. I think they might be missing the point. This is fusion at its finest interpretation. It is not purely African or Western, nor does it try to be. It is something else again, and it works as the standing ovation and curtain calls at the Singapore premiere testified.

The Sisters Grimm brought the production to the Garden City and were integral to its development. Pietra Mello-Pittman is a choreographer and former performer with the Royal Ballet. Ella Spira is a composer whose contributions to INALA helped earn a Grammy nomination. Using Western instrumentation and design the production is a testament to the blend of styles and cultures that make it breathe and, I’ll say it again, move.

Michelle Thomas, the Executive Assistant to the Sisters Grimm, sent this about their recent activities in London: “This week we were honored to perform for Prince Harry and Prince Seeiso at the Sentebale charity concert at Hampton Court Palace alongside George the Poet and Rita Ora. Not only did we perform at the concert but the intro and outro music for the concert were all from INALA and the soundtrack for the campaign which can be heard in the below trailer is Woza Sambe also from INALA.”

Cé La Vi, atop the Marina Bay Sands, hosted the INALA after-party. My gown, compliments of Covetella, wowed if I do say so myself. With dangling earrings and my new ultra-short coif, I felt like dancing myself. Only my temporary (soon to say goodbye) knee brace prevented me from doing some gravity-defying myself. The dancers we met sparkled and claimed they were ready to dance some more into the night. Do they not sleep? Are they super-human creatures? No. Yes.

What a very special night! I dreamt of INALA.