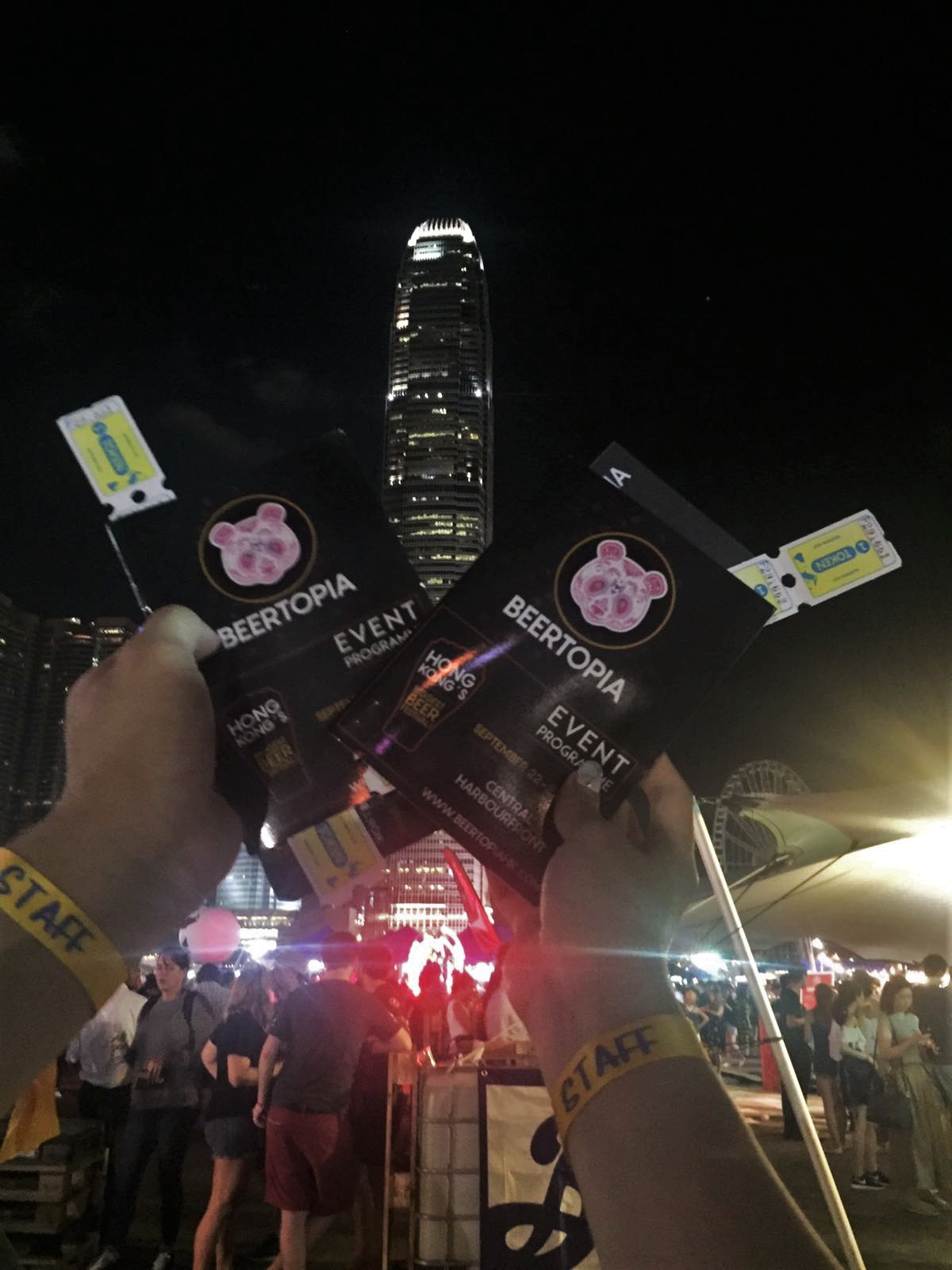 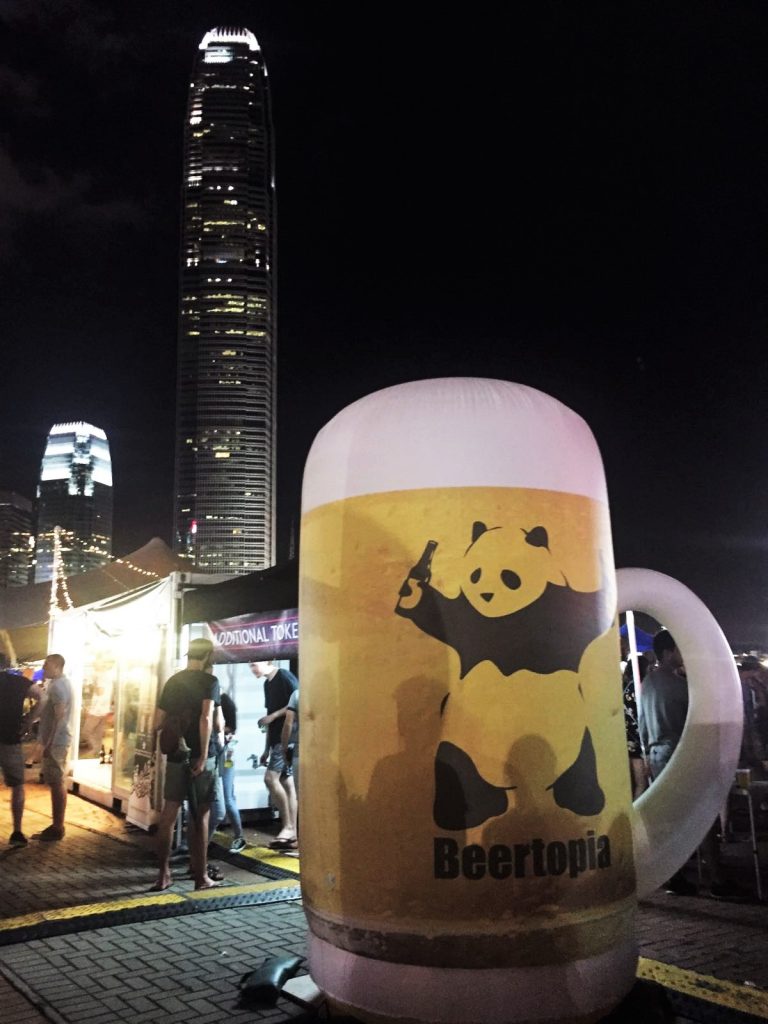 It is my first time attending the Beertopia event in Hong Kong and definitely the first time going in as a staff. The event is hosted in the Central Harbourfront Event Space, which is just a short 5-10 minutes walk from the International Finance Centre (IFC). I was accompanied by my friend, Jen. We arrived at around 8 pm, rather than exactly at the opening time at 6. We went right for the media booth as we arrived. There was some issues with the guest list initially, but the friendly staffs quickly sorted it out for us. We were given 12 tokens in total for drinks. I was honestly hoping they could give us several more, as it is around 3-4 tokens for a pint of beer/cider. But I guess we should appreciate their gesture to let us visit anyway.

There was a live band that played music throughout the whole festival. The music flowed through the whole area, which improved the whole atmosphere and vibe. However, I do prefer pop songs myself, so I’m not very into the more classic, rock-like music they played. A lot of people did enjoy it though, dancing in front of the stage like a mini concert.

They have two main games to play there, mini golf and beer pong. Mini golf is completely free, which was nice. It wasn’t my type of games, but I saw that Jen and the others enjoyed very much. As for the beer pong, there is the conventional beer pong which you have to pay around HK$150 for a jug, and a more interesting beer pong involving giant sized cups and balls. They used a bucket and a football-sized ball to replace the general cups and ping pong balls, which was pretty interesting.

The highlight of the festival for me would be the shisha area managed by the famous shisha lounge in Central called Charcoal. As a pretty big fan of shisha myself, I visit Charcoal rather often, as it is definitely one of the smoothest shisha in Hong Kong right now, along with its close competitors, Earl’s Court and Boba Bear. Instead of tables, they had an area covered with man-made grass where you can shisha in a panic-like environment. Unfortunately for us, we were too late when we discovered the area and they had started to pack up.

We enjoyed this year’s Beertopia very much, and I would be looking forward to the one next year and the Wine & Dine event later this year. I would recommend everyone to at least attend one Beertopia event in your life, or else you might be missing out!

This year’s event was bigger than ever before, with 25 of the city’s most fun restaurants and food trucks, including: 有得…