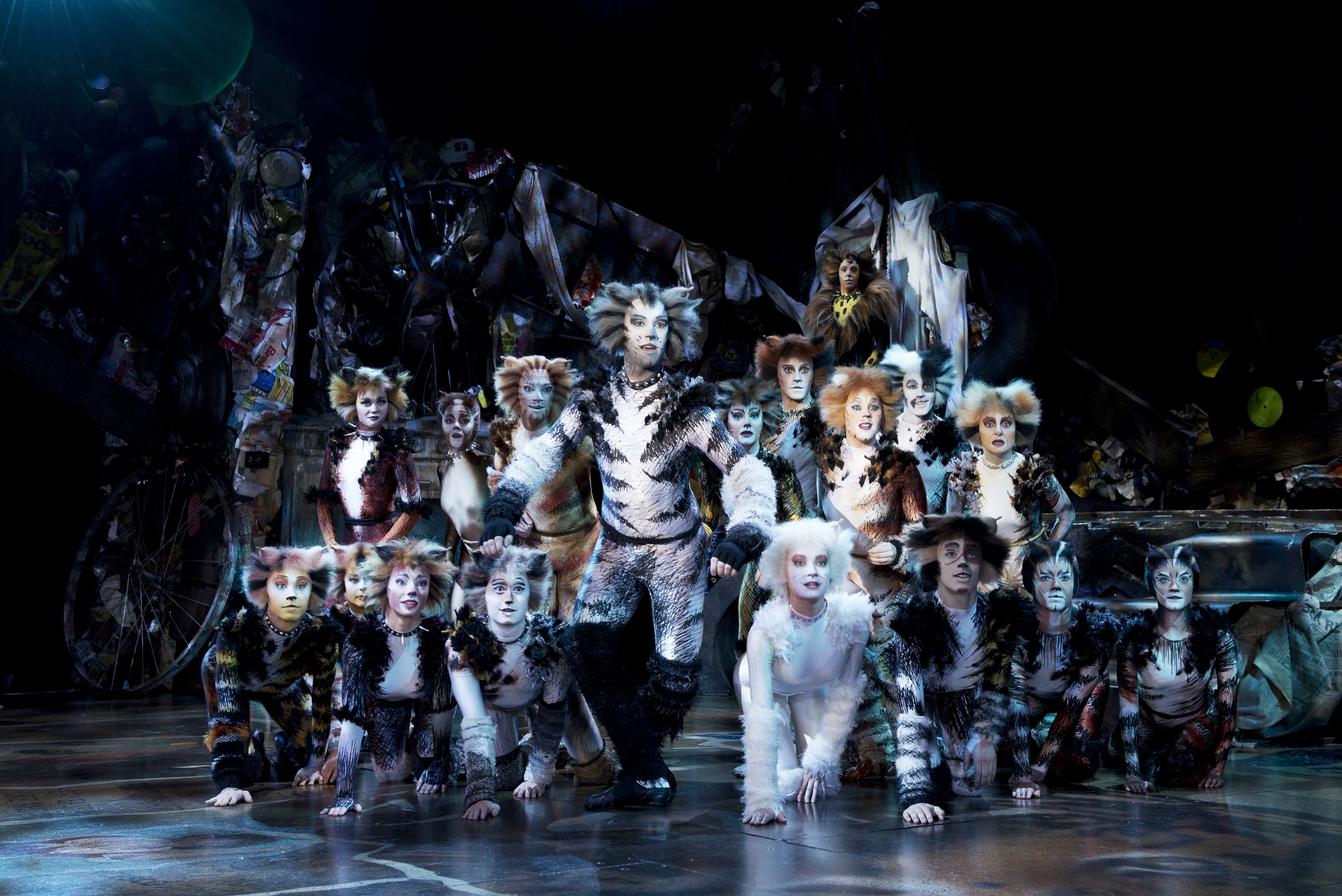 Janiqueel is eager to see the musical again still remembering the hijinx of a bunch of junkyard cats.

But I tell you, a cat needs a name that’s particular,
A name that’s peculiar, and more dignified,
Else how can he keep up his tail perpendicular,
Or spread out his whiskers, or cherish his pride?
Of names of this kind, I can give you a quorum,
Such as Munkustrap, Quaxo, or Coricopat,
Such as Bombalurina, or else Jellylorum—
Names that never belong to more than one cat.

Rum Tum Tugger, Mr. Mistoffelees, Macavity, Jennyanydots, Old Deuteronomy, Grizabella and Skimbleshanks are some of the names of the Jellicle Cats, denizens of the junkyard recreated on the stage of the Marina Bay Sands Theatre.

CATS the Musical is back. And it’s on now!

Larger-than-life, the stage junkyard is once again the venue for the Jellicle Ball, that annual event on every feline calendar that simply canNOT be missed. Hiss Hiss. Old Deuteronomy, a venerable cat, to be sure, is the leader of the Cats. It is to him that the others meow their stories one-by-one hoping to gain his favor and gain a place in the mythical yet much-sought-after Heaviside Layer. The premise is complements of T.S. Eliot who wrote his practical cats book on a whim never dreaming, I’ll bet, that it would become a storied musical production on Broadway and the West End. Since its premiere on the New London Theatre in 1981, the CATalog of honors has been unprecedented: Oliver and Evening Standard Awards; Grammys for the cast recordings in both the U.K. and the U.S.A.; multiple Tony Awards. And I’m just scratching the surface.

Reprising her lead role as Grizabella, Joanna Ampil will prowl the stage in the company of her furry buds who sing and dance, caper, cavort, frisk, frolic, skip, prance, romp, gambol, jig, bound, leap, jump, spring, bob, hop, trip, bounce, and rollick in a dizzying display of athleticism. When not on stage are these ‘dancers’ training for the next Olympics? True to form, they always land on their feet without a paws (sorry, can’t help it). The cast does this cavorting while dressed in ingeniously charming costumes and make-up. Once the show is underway, one forgets that these are people acting like cats. Or are they???

The Marina Bay Sands is offering theatre-goers a couple of tempting packages. Show and Dine, available either pre- or postshow, is an exclusive dinner at one of the MBS signature celebrity chef restaurants. For cat lovers looking for a view after the show, Club55 awaits with astounding vistas of the city and its cats far below. Both packages include other perks, as well. It’s Holiday Time, remember??

With writing and research help from JKJ, a tame cat.