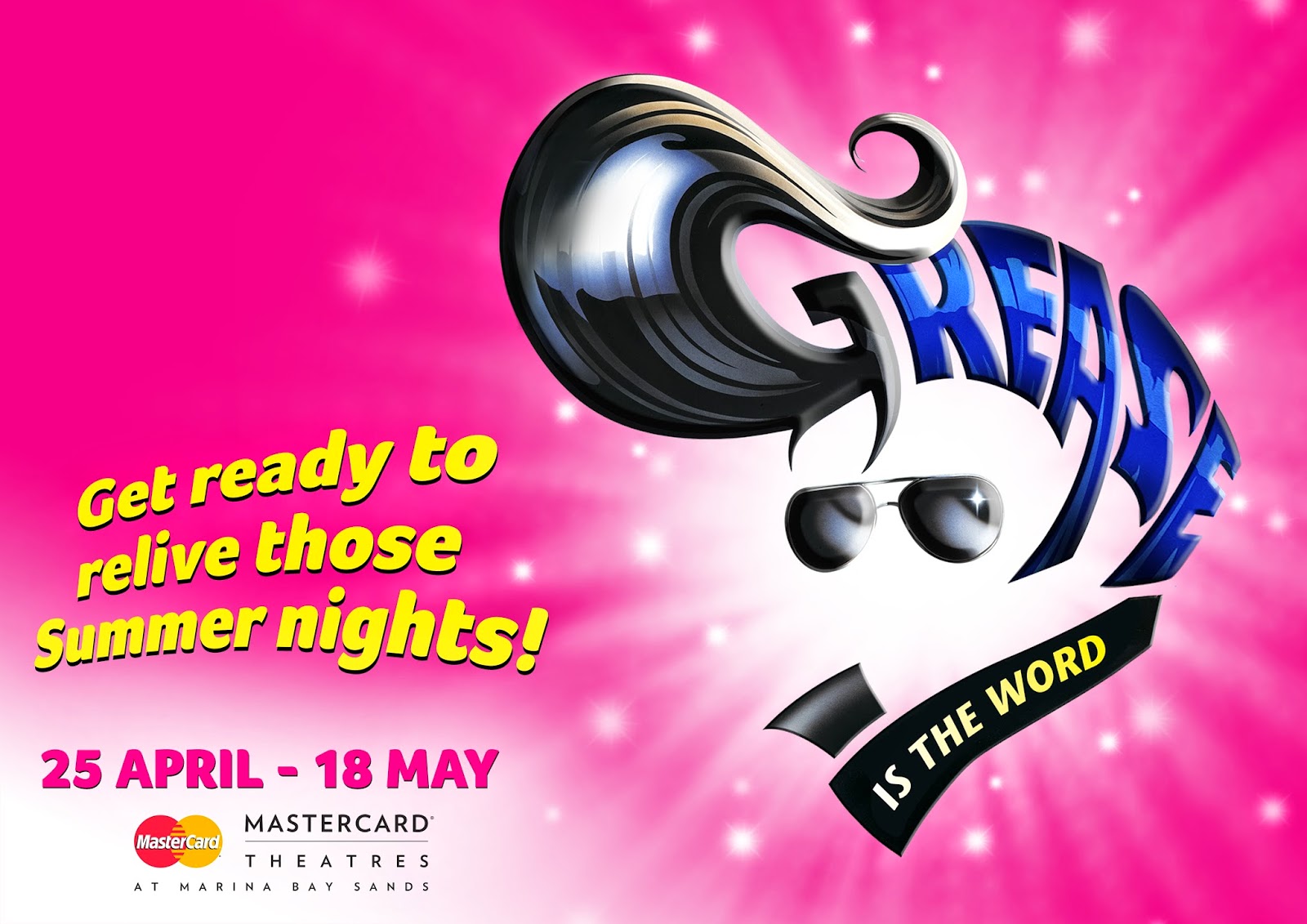 Singapore, 22nd April 2014 – BASE Entertainment Asia together with MediaCorp’s Gold 90.5FM, the supporting radio station for GREASE, announced today that local radio personality, Vernetta Lopez will join the cast of GREASE to play a cameo role on opening night. GREASE will blaze into town this week after a sensational sell-out tour of Australia and open at the MasterCard® Theatres at Marina Bay Sands on 25 April.
Vernetta is no stranger to the local stage having played the role of Denise in Singapore’s first English sitcom Under One Roof.  She has also been a familiar voice on radio for the last 20 years and still laughs it up with her host The Flying Dutchman every morning on the Gold Breakfast Show.
Ms Lopez has won awards for both drama and comedy shows at the Asian Television Awards as well as for Most Popular Radio Personality for Gold 90.5FM. Her cameo role in GREASE will be that of the DJ from Rydell High during the school dance, which is broadcast live on television. Her character will banter with the audience, play some tunes and present dance winners with a trophy.
This rockin’ musical production is packed with explosive energy and features a spectacular international cast, super-slick dance moves, dazzling costumes and unforgettable songs from the hit movie, including Summer Nights, Sandy, Hopelessly Devoted To You, You’re The One That I Want, Greased Lightnin’ and Grease Is The Word.
The show premiered on Broadway in 1972, and the first London production opened six months later starring a young, unknown Richard Gere as Danny Zuko. The stage production was then followed by the 1978 hit movie starring John Travolta and Olivia Newton-John, which went on to become the highest grossing movie-musical of all time. GREASE has since triumphed across the globe, with its irresistible mix of adolescent angst, vibrant physicality and 1950s pop culture.
GREASEreally is “fast, furious and thrilling, an injection of raw energy… and fun, fun, fun.” (The Daily Mirror, UK)
GREASE, written by Jim Jacobs and Warren Casey,is possibly the only hit Broadway musical ever composed entirely on guitar. The production’s name comes from the term greasers, a 1950s United States working-class youth subculture. GREASE takes place in and around fictitious Rydell High, and follows ten working-class teenagers in 1959 as they experience the intricacies of love,friendship and rebellion.The story revolves around the relationship between “bad boy” Danny Zuko, who believes he is the coolest kid on the block and “girl next door” Sandy.
So dust off your leather jacket, pull on your bobby-socks and take a trip to a simpler time asthe MasterCard® Theatres is turned into Rydell High School in a stage show that is truly ELECTRIFYING!
More performances have been released for sale and GREASE will now run until 18 May 2014.
TICKETING AND SHOW INFORMATION MASTERCARD THEATRE, MARINA BAY SANDS
SEASON:    25 April– 18 May 2014
PERFORMANCE TIMES: Tuesday– Friday 8pm; Saturday 2pm & 8pm and Sunday 1pm & 5.30pm
TICKET PRICE:  From $60*
* Excludes the booking fee of SGD$3 per ticket
BOOKINGS:  THROUGH INTERNET:    www.BASEentertainmentasia.com,  www.MarinaBaySands.com/Ticketingor www.sistic.com.sg
BY PHONE:     +65 6688 8826
IN PERSON AT:     Marina Bay Sands Box Offices (Museum, Theatres, SkyPark, Retail Mall and Hotel Tower 1 Lobby). For more information please log onto – www.MarinaBaySands.com  For exciting ticket package options including accommodation at Marina Bay Sands please visit: www.marinabaysands.com/packages. Corporate and Group Bookings are available via Showbiz.  Email: corporate@showbizasia.comor call 6688 1029