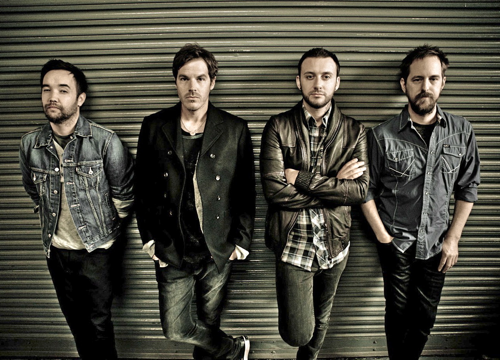 Modern Rock band Hoobastank returns to Singapore for a one-night only live concert at the Coliseum Hard Rock Sentosa on the 30th November 2014. Best known for their mega hit “The Reason” which top the radio charts in Singapore, Hoobastank are pulling no stops for their 2014 Asia tour and promise an electrifying performance. Concertgoers can expect to hear hits like “Crawling in the Dark”, “Same Direction”, “Remember Me”, “The Reason” and songs from their latest album.

The show will be held at the Coliseum Hard Rock Sentosa. “We were looking for a suitable outdoors venue and Coliseum is one the finest concert venues in Singapore to host a rock band like Hoobastank. It was really a no brainer”, says Ms Yuka Ng of Chapter6 (S) Pte Ltd, co-promoter. “We teamed up with the guys at Impact Entertainment who were involved in big production shows. We’ll give Hoobastank fans the best show”, added Ms Yuka.
Event Title: Hoobastank Live In Singapore 2014
Date: 30th November 2014
Venue: The Coliseum Hard Rock Hotel, Resorts World Sentosa
Time: 8.00pm (Doors open at 7.00pm)
Tickets: On sales from 24th July 9am at Sistic website and at all Sistic counters. Also available at Peatix: http://hoobastank.peatix.com (short link: bit.ly/hoobaSG)
Ticket Price: VIP $188 (include free flow of beer and Meet & Greet)
Standard: $98.
At Door: $118.
Early Bird $78 (until 30th Aug or until sold-out).
All ticket prices on Sistic exclusive ticket charges.
All ticket prices on Peatix inclusive ticket charges.
Event Hashtag: #hoobastankSG
Promoter: Impact Live and The Zine
Impact Live Facebook | Twitter | Instagram : ImpactLiveAsia
The Zine Facebook : thezinesg
Full Biography
Hoobastank is an American rock band, best known for their hit “The Reason”, which peaked at #2 on the Billboard Hot 100 in 2004. They formed in 1994 in Agoura Hills, California, with singer Doug Robb, guitarist Dan Estrin, drummer Chris Hesse, and original bassist Markku Lappalainen. They were signed to Island Records from 2001 to 2012 and have released five albums and one extended play to date. Their sixth studio album, Fight or Flight, was released on September 11, 2012. They have sold 10 million albums worldwide.
Hoobastank released its self-titled debut album in November 2001. The first single was “Crawling in the Dark” which was a breakthrough hit, reaching No. 68 on the Billboard Hot 100, No. 3 on the Modern Rock chart, No. 7 on the Mainstream Rock chart and No. 1 on an MP3.com download chart in early 2002. The second single “Running Away” was even more successful, reaching No. 44 on the Billboard Hot 100, No. 2 on the Modern Rock chart, No. 9 on the Mainstream Rock chart and No. 3 on the MP3.com download chart. The Hoobastank album went Platinum due to these hit singles and reached No. 25 on the Billboard 200 album charts and No. 1 on the Billboard Heatseeker chart.“Remember Me”, the third single released from this album, was a moderate hit, reaching No. 23 on the Modern Rock charts. The band made a song titled “Losing My Grip” for the soundtrack of the movie The Scorpion King.
Their second album The Reason was released in December 2003. It showcased a harder-edged vocal performance from Robb. The single “Same Direction”was made available for download on the band’s website. Doug Robb said on the band’s website: “A lot of it is about asking questions or questioning all that people see. It’s not all about religion. ‘Out of Control’ is about that and about opening your eyes after being blinded by being devoted to anything. “Same Direction” would reach No. 9 on the US Modern Rock chart, No. 16 on the Mainstream Rock chart and No. 16 on a composite World Modern Rock chart. A year later, the Let It Out DVD collected the band’s videos. “The Reason” was put to a popular music video on Tangle.
“The Reason” was released in the first half of 2004. It became a hit, reaching No. 2 on the Billboard Hot 100, No. 1 on the US and World Modern Rock charts, No. 10 in Australia and No. 15 in Germany. The song was also played during the final episode of Friends. In Canada, it spent 21 weeks at the top, setting a new record for most weeks at No. 1. Meanwhile in the United States, the album reached No. 3 on the Billboard 200 album chart.
Their third album Every Man for Himself was released in May 2006 and debuted at No. 12 on the Billboard chart. Three singles, “If I Were You”, “Inside of You”, and “Born to Lead”, were released. The album has been certified Gold in the United States.
The first single  “My Turn”, from Hoobastank’s forth album, premiered on radio October 13, 2008. The album ForNeverwas released on January 27, 2009, as announced by Doug Robb in a blog entry on the band’s official website. The song was featured as the theme song for TNA Wrestling’s Destination X 2009 Pay Per View. Greatest hits album – The Greatest Hits: Don’t Touch My Moustachesoon followed.
Fight or Flight, the new album from Hoobastank, marks the beginning of what promises to be a vital new chapter in the nearly two-decade run of the versatile L.A. band. This musically and emotionally intense work is Hoobastank’s initial release on Open E Entertainment (EMI) following a productive decade on Island Records during which they ruled the modern rock charts.
Robb, Estrin and their cohorts have come full circle, taking the reins of their collective destiny, just as they did back in the ’90s when, barely out of high school, they charged out of their West Valley ’hood to become part of a posse of similarly brash and versatile young SoCal hard rock bands like Incubus and Linkin Park. Now, once again, they’re challenging themselves, and they’ve responded with what stands as Hoobastank’s most accomplished and expressive effort.
“We’ve been on this journey for a long time now,” says Robb, “and we’ve come to a greater appreciation of what motivated us when we were first starting out: We play music, enjoy each other’s company, have a good time and let the chips fall where they may. It’s like a clean slate, but not in a bad way—quite the opposite. We’re no longer trying to satisfy others, not even on a subconscious level; we’re comfortable in our own skin. We know who we are and we know what we do, and there’s a certain amount of peace in that.”
Hoobastank are:
Doug Robb – lead vocals
Dan Estrin – lead guitar
Chris Hesse – drums, backing vocals
Jesse Charland – bass, backing vocals 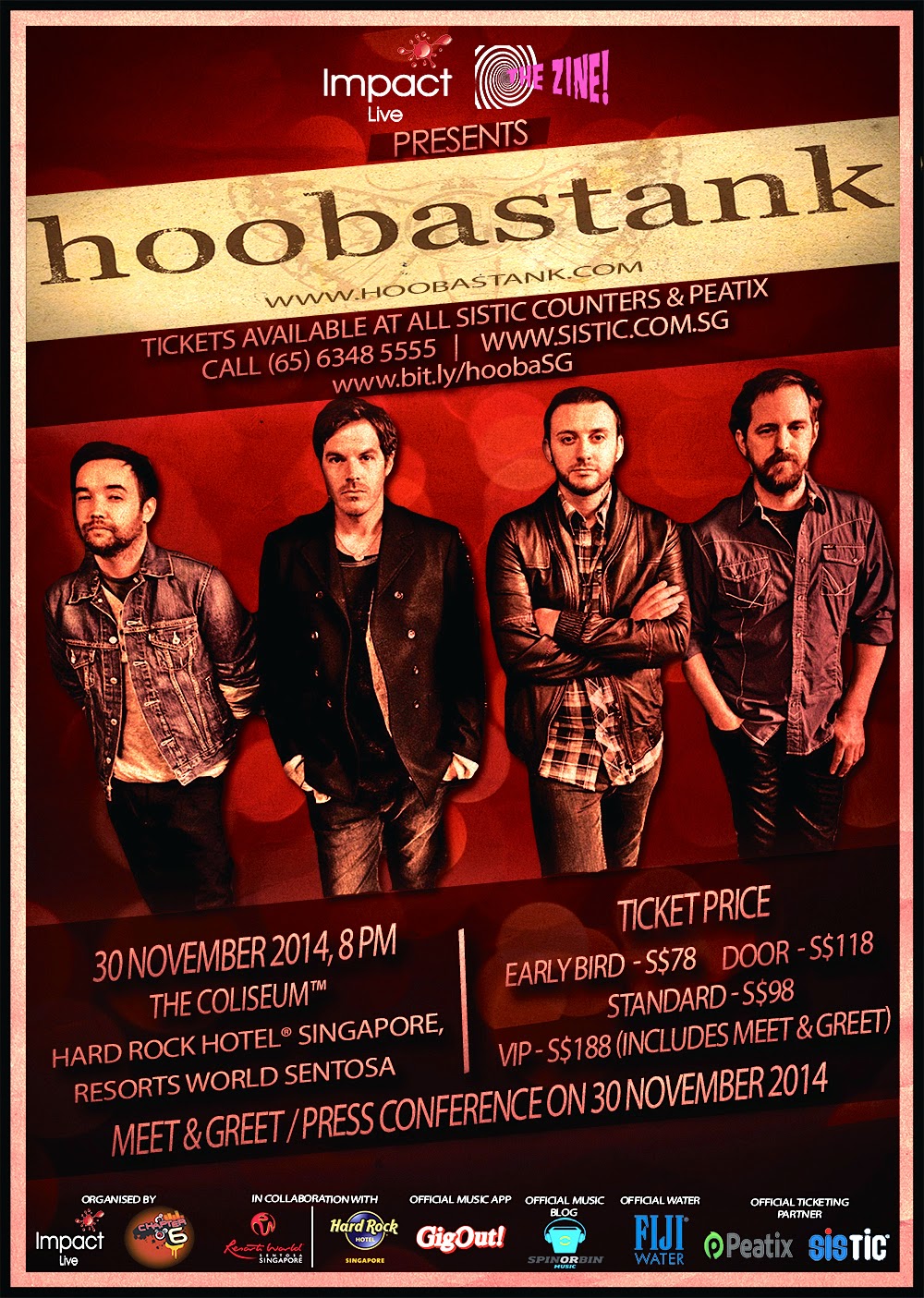 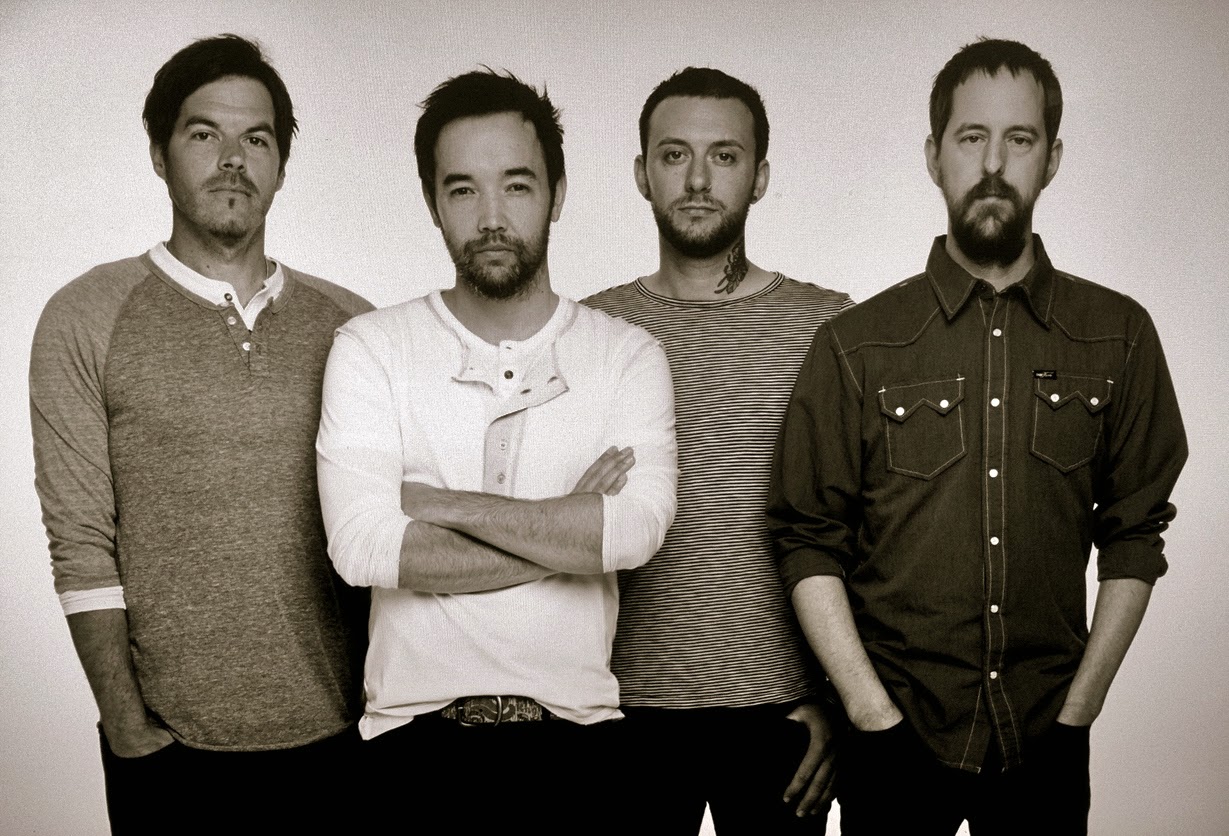