Hotel Re! @ Pearl’s Hill Presents, In association with Allegro Live!, Valentina Lisitsa Live In Concert Singapore at the Esplanade on 13 May 2015. This marks Valentina Lisitsa’s return to Singapore after 8 years, since her last performance in 2007 which sold out the fastest in the history of Singapore Piano Festival. To cater to her overseas fans, special concert packages bundled with room and tickets to her concert at very attractive prices are exclusively offered at Hotel Re! @ Pearl’s Hill, now open for reservations.

Ms Jolene Chong, General Manager of Hotel Re! @ Pearl’s Hill, presenter of the Valentina Lisitsa Live In Concert Singapore, says “Beyond providing excellent hospitality services, we want to further expand our hotel’s vision to include undertaking an active role to encourage appreciation for music and the arts in Singapore. This is a rare opportunity for us to fly Valentina in for the one-day concert!“

With over 80 million views and 160K subscribers, Valentina Lisitsa is oneof the most watched classical musicians on YouTube, using digital innovation to champion classical music and performance. With her multi-faceted playing described as “dazzling”, Valentina Lisitsa is at ease in a vast repertoire ranging from Bach and Mozart to Shostakovich and Bernstein; her orchestral repertoire alone includes more than 40 concertos. 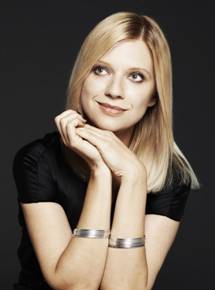 Valentina Lisitsa is the first classical artist to have converted her internet success into a global concert career in the principal venues of Europe, the USA, South America and Asia. She has a special affinity for the music of Rachmaninov and Beethoven, and has performed at leading international venues such as New York’s Carnegie Hall, Vienna Musikverein, as well as the 2013 BBC Proms.

Your coverage on the performance will be greatly appreciated.

ABOUT HOTEL RE! @ PEARL’S HILL

As you step into Hotel Re! @ Pearl’s Hill, a modern retro themed boutique hotel, you are lost in swirls of vivacious colours and psychedelic furnishings tempered with a sleek modern touch. With numerous themed boutique hotels in the metropolis, this 12-storey, 140-room boutique hotel is a wondrous surprise waiting to be discovered.

All guestrooms in this boutique hotel are furnished with retro inspired furniture and complimented with ultra modern technology for that unique Hotel Re! touch. Each floor in this boutique hotel has its own colour theme and all the rooms on the floor resonates with the designated colour and décor. Glittery mosaic-tiled bathrooms in all rooms are the finishing flourish to what our distinctive boutique hotel is offering.