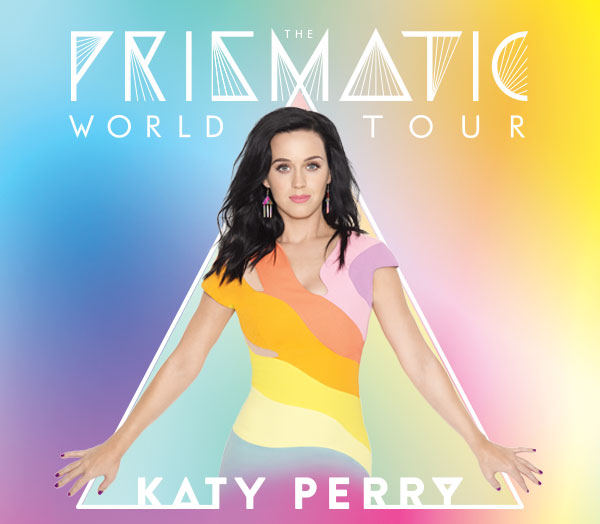 International superstar Katy Perry has announced today that she will bring THE PRISMATIC WORLD TOUR to Singapore on 11 May 2015. This tour is presented by AEG Live, and sponsored by Citi®. She will be touring in support of her album PRISM which debuted at number one on The Billboard 200. The platinum album has given Katy her biggest ever single with “Roar“, while “Dark Horse” just became her lucky 13th Top Ten hit on The Billboard Hot 100.

Citi® is the official credit card for THE PRISMATIC WORLD TOUR, and will offer its cardmembers in Singapore the opportunity to purchase tickets to the show in a 4-day presale before public sale begins, from 9:00am on 6 Feb 2015 to 11:59pm on 9 Feb 2015. Tickets are available through www.sportshubtix.sg

“I’m thrilled to bring the Prismatic World Tour to some of my favorite places in Asia, as well as some sensational places I’ve never been to. I can’t wait to take in the sights and culture, share my music and meet all of the new fans.” said Katy.

Katy is currently touring the world on THE PRISMATIC WORLD TOUR which continues to be a hugely successful global spectacle, with 17 sold-out arenas in the UK, 66 sold-out arenas in North America and 25 sold-out arenas in Australia/New Zealand last year. The tour continues in 2015 throughout Europe, Asia and South America where Katy will headline Rock In Rio in Brazil on 25 September. The state-of-the-art stage, specifically designed by Katy for THE PRISMATIC WORLD TOUR, allows her to get closer to her fans than before. The one-of-a-kind set design will provide concert-goers with a truly magical experience from every angle within the arena.

The American songstress cemented her status as a best-selling superstar with the global success of her second studio album “Teenage Dream” which debuted at No. 1 in eight countries, and spent more than two years on Billboard’s Top 200 album sales chart. She became the only female artist to have five No. 1 singles from one album on the Billboard Hot 100 chart (“California Gurls“, “Teenage Dream“, “Firework“, “E.T.” and “Last Friday Night“). The special edition, “Teenage Dream: The Complete Confection“, added “Part of Me” and “Wide Awake” to Katy’s list of nine Top 40 chart-toppers (dating back to her multi-platinum debut album, 2008’s “One of the Boys” which generated four hit singles: “I Kissed A Girl“, “Hot N Cold“, “Thinking of You” and “Waking Up In Vegas“).

PRISM has already equalled the sales success of its predecessor, and generated five hit singles. Two of these singles, “Roar” and “Dark Horse”, hit #1 for multiple weeks, helping Katy set a new record at Top 40 for most total weeks (46) at No. 1 in the Billboard airplay chart’s archives. This also makes her the only artist in 2014 with top spins at three different radio station formats (Top 40, Hot AC and AC radio). She is the first artist to surpass the 75 million digital award threshold, including digital downloads and on-demand streams, and she did so by being 20 million ahead of any other artist.