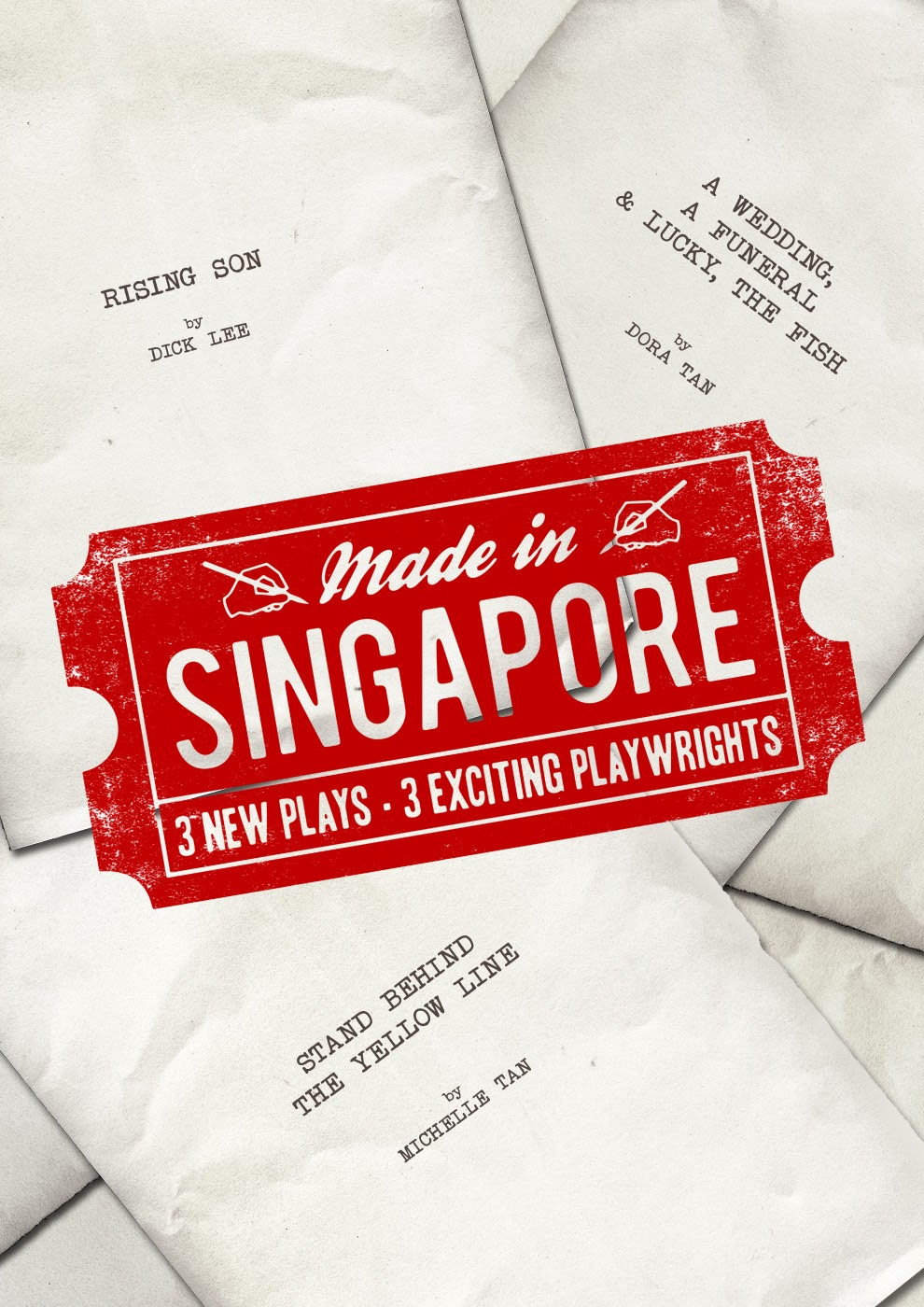 Singapore Repertory Theatre’s Stage Two today announced the ‘Made in Singapore’ series – three plays that have been three years in the making.
“I receive quite a few scripts and many of the ideas are very good, but the plays generally tend to feel under-developed. Most playwrights here don’t have the resources to work with dramaturges or to be able to get their scripts properly workshopped.”
Two years ago, Singapore Repertory Theatre created a playwright incubator programme to help writers with their scripts. We flew in Tony Award-winning playwright David Henry Hwang (M. Butterfly) to spend some time mentoring eight playwrights whose work we had shortlisted. We then worked with them for eight months to help shepherd their re-writes in a safe and conducive environment, which resulted in a staged reading attended by 200 members of the public for two of the plays. We then engaged the services of a dramaturge from the National Theatre in the UK, Jack Bradley to work with these two playwrights over the past year.
In parallel to this, Dick Lee, SRT’s Associate Artistic Director, has been working on three new plays for SRT which will be staged over the next three years. We engaged the help of a dramaturge and director to workshop and develop the script with Dick. I would venture to say this is my favourite play by Dick.
All three plays this year are not to be missed. They are all written with a unique voice and tell stories with a universal appeal – two key criteria we look for in every play”, Artistic Director Gaurav Kripalani ‘Made in Singapore’ will kick-off SRT’s 2014 season, starting with an evening of two plays by two new exciting playwrights:
A Wedding, A Funeral & Lucky, the Fish
– Part of a double-bill 7-9 March 2014
Duration: 45 minutes
Written by Dora Tan
Directed by Samantha Scott-Blackhall
A Wedding, A Funeral & Lucky, the Fish goes to extremes to show how marriage for Singaporean women might still very much be a milestone. Yet, are the characters so absurd? Or can we, much as we want to deny it, see ourselves in them?
“I wanted to test the institution of marriage in the context of current dynamics,” says Dora Tan. “Whether it continues to provide emotional and financial stability in the flux of today’s society, and whether modern women still see it as a crutch.”
Synopsis
When Seraphina brings Alistair, her angmoh boyfriend, to Singapore, he thinks they’re just having a cup of tea. Little does he know that he will be participating in his own wedding tea ceremony! But when the couple arrives, Sera makes a discovery so shocking its revelation would certainly stop the wedding! One by one, Xin Ru her sister, Alistair and Ma make the same discovery and for their own reasons, no one reveals. Absurd, funny and poignant, A Wedding, A Funeral & Lucky, the Fish will surely make you laugh because the alternative is a truth too bitter to swallow.
Stand Behind the Yellow Line – Garisan Kuning
– Part of a double-bill 7-9 March 2014
Duration: 45 minutes
Written by Michelle Tan
Directed by Samantha Scott-Blackhall
“Audiences might find the setting of the play strange and familiar all at once, and so hopefully also find a part of themselves in the story that is being told.
It probably isn’t your typical repertory play; it’s a bit of an experiment in text and lyricism and pushing boundaries,” says Michelle Tan. “Struggling with the process of articulation, of putting words onto page, is the way I make sense of and find meaning in the daily business of living.” The play also delves into what it means to live in a specific time and cultural context, the language and vocabulary we take for granted, and finding poetry between the lines, yellow or otherwise.
Synopsis
While awaiting her son’s release from jail, a single homeless mother finds an unlikely friend in the young, well-off but clinically depressed Mo. Set in an unidentified yet vaguely familiar locality, a place where rules are rules are rules are not made to be broken, Stand Behind the Yellow Line is a formally inventive and oddly lyrical play about the people who find themselves living outside the lines.
‘Made in Singapore’ will then continue with a new play by Dick Lee
Rising Son
March 27 – April 12, 2014
Duration: 90 minutes
Written by Dick Lee
Directed by Eric Ting
Written by SRT’s Associate Artistic Director, Dick Lee, Rising Son is set against the backdrop of the Japanese Occupation. It aims to offer the younger generation an insight into everyday life as well as provide the older generation a different perspective of that period between 1941 and 1945. “Rising Son is the first part of my Family Trilogy which is about three coming-of-age episodes inspired by the lives of my father, mother and my own teenage experiences,” says Lee. “Besides featuring periods of Singapore’s history, they are personal journeys I’m excited to share.”
Synopsis
Rising Son is set during the Japanese invasion and occupation of Singapore between 1941 and 1945. 18 year-old Sunny (Tan Shou Chen) is enlisted as an ambulance orderly when the bombing starts, and does his best to protect his naïve, but headstrong, younger sister Ruby (Song Hui Xuan) from the horrific realities of war.
When the occupation begins, and Singapore becomes Syonan-To, the siblings meet a young Japanese army lawyer (Caleb Goh) who has moved into the house next door. An awkward friendship develops between the three in the years that follow, which affects their experiences of the war.
Tickets for ‘Made in Singapore’ are available from www.sistic.com.sg