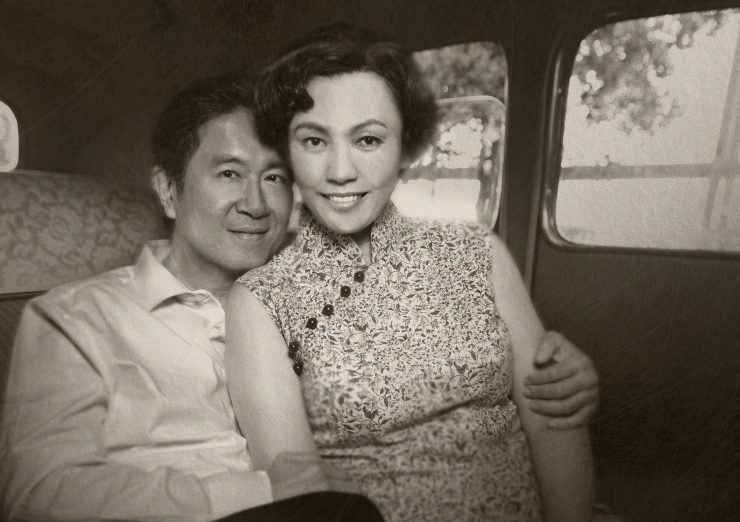 The LKY Musical is produced by Aiwei and Singapore Repertory Theatre.

The ultimate test of the value of a political system is whether it helps that society to establish conditions which improve the standard of living for the majority of its people.

The LKY Musical is a big deal. With 21 actors and an 80-member support crew, it takes over the stage to say, “We are back and we are BIG!”. For this first full-scale musical to appear on the post-COVID stage, only the resplendent surroundings of Marina Bay Sands Theatre would do. It’s a big deal. In its first run in 2005, 50,000 watched the enchanting story of the struggles and ultimate political rewards of Lee Kwan Yew’s early political career. Yes, But … a POLITICAL musical?? Yes! Arranged and written by a familiar name on the stage, Dick Lee, the play has a new feel and, given the twists and turns of the last 7-8 years, a new openness to explore the world of 2022 Singapore and contemplate what Singapore has lost and what’s been found.

With a creative team of iconic musicians and stage veterans – Dick Lee composer and musician, Meira Chand – story; Laurence Olivier Award-winner, Stephan Clark – lyrics; Tony Petito – book; and veteran West End director Steven Dexter LKY takes the inspiration of a new country in its birth throes and gives a historical setting to the events and challenges of the great era of Singapore’s childhood as an Asian nation. Costumes, set, choreography, sound, and orchestrations complement the show’s message that ‘This is Singapore warts and all,’ a proud young country rooted in age-old inspiration and blooming with modern attitudes and acceptance.

No strangers to the Singapore stage in a wide variety of roles, actors Adrian Pang and Kit Chan star in this production lending veritas and professionalism to a serious theme while having fun with the daunting prospect of making history and politics engaging. Against all odds, this unique view of a nascent Singapore, soon to shine on the world stage. Last seen in 2017 in the title role of Forbidden City: Portrait of an Empress, Ms Chan’s voice, musicality, and skill set mesmerized local audiences. Now, sharing the stage with Adran Pang, a familiar stage presence and veteran of countless roles and recipient of awards, who brings his experience and talent to this important and, given the world’s political circumstances, timely production.

Set in the period from the 1940s to 1965, the play recounts the struggles and trepidations of a small isolated country on the threshold of independence. As Kwa Geok Choo Ms Chan skillfully portrays the counterpoint that LKY’s wife provided at the beginning. More than just a political wife, Kwa Geok Choo in Ms Chan’s inspired performance, shows that a strong woman – even in the background of a less accepting age – could be a strong, subtle counterpoint to Mr Pang’s Lee Kwan Yew. Always resilient by her husband’s side during years of intrigue and betrayal, she gave hope and a moderating voice to the vast task of making a new nation. Never at the front of the stage, she nonetheless wielded a powerful influence on her husband and, thus, on the formation of a nation.

As LKY himself, Adrian Pang soars with his interpretation of Lee’s words and actions with his evocative speaking and singing voice. LKY provides him with a mantle piece on which to display the fruits of a decades-long career. It is only fitting that he should play, in 2022, the iconic leader of a young nation.

With the first large stage show since the old days of COVID, The LKY Musical, with its tale of struggle through difficult times, is an emblem of what clear thinking and perseverance can achieve.

For more information, you can visit www.marinabaysands.com/entertainment/shows/the-lky-musical.html

She’s the original cool chick, too, marrying LKY in secret. There was this documentary in which she, already an old lady, described him as a “jaunty young man.

Research and Writing Help from JKJ