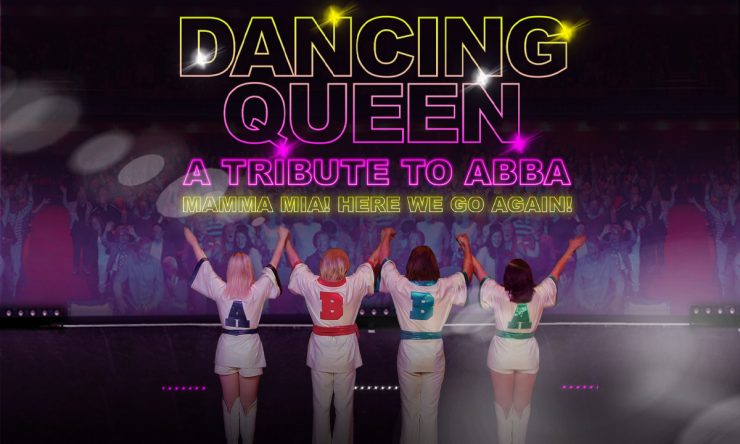 Honey, honey, it’s time to put on your shiniest jumpsuit and white go-go boots, because the world’s premier live ABBA tribute concert is bringing the music of the Swedish ‘Supergroup’ to their millions of fans, old and new at Sands Theatre this 19 to 21 August.

Direct from Australia and following more than 5000 sold out international shows, Dancing Queen: A Tribute to ABBA is a fun, energetic concert with a live backing band, costumes, theatrical lighting and effects that will bring the greatest-ever pop phenomena back to life.

Boasting eight albums, 42 singles and an unrivalled industry longevity that has captured countless fans around the world, ABBA has become a modern musical marvel. Now widely recognised as an icon of pop music and pop culture, ABBA is not only loved by fans of their own era but has entertained and influenced every generation to follow, thanks to the numerous cultural offshoots that tip their hat to the famous Swedes including the box office hit film Mamma Mia, and the stage musical of the same name.

ABBA’s timeless songs were written to be enjoyed live and Dancing Queen: A Tribute to ABBA gives you exactly that. 100 minutes of uplifting and dance inducing songs, fully live with fantastic staging, lighting and effects. The show recreates ABBA’s sound not only perfectly, but respectfully too. Dancing Queen: A Tribute to ABBA is not only for life long, die hard ABBA fans but the new generation of fans, who never had the opportunity to see ABBA.

With hits such as “Mamma Mia”, “Dancing Queen”, “S.O.S”, “Money, Money, Money”, “The Winner Takes All”, “Waterloo”, “Gimme, Gimme, Gimme” and other plotted for the concert, you can dance and jive and have the time of your life at Dancing Queen: A Tribute to ABBA.

PRESENTED BY
BASE ENTERTAINMENT ASIA