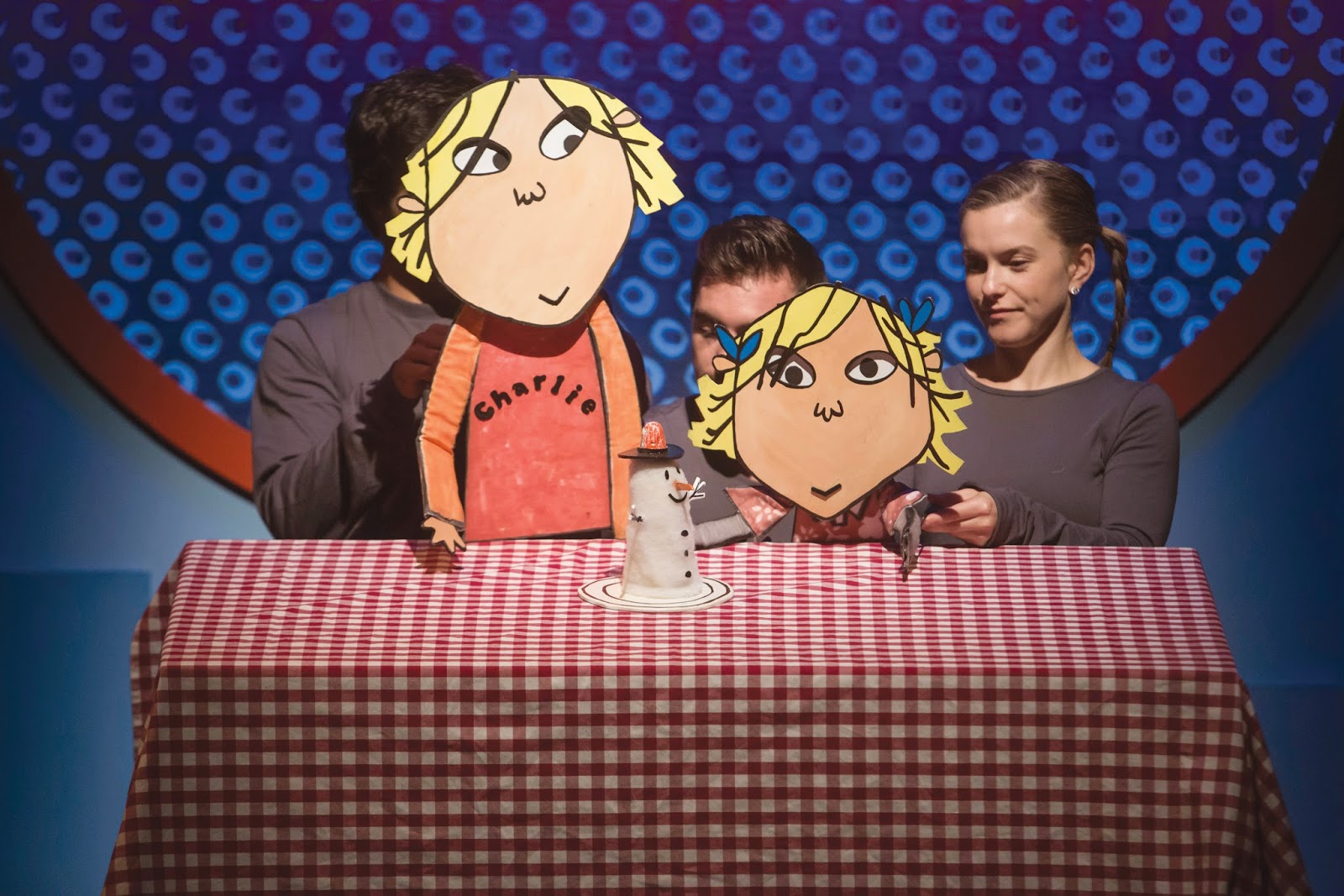 If there isn’t a play out there that truly focuses on the wonderful and carefree and responsible relationship between a brother and a sister, Charlie and Lola’s extremely NEW play has makes headway for itself and upcoming plays as such.
Within the first 5 minutes, the play wins over its audience with the adorable voices of Charlie, Lola and Lotta. The use of props on stage is also commendable! Throughout the play, the simplicities and complexities of relationships between young children (and sometimes animals!) are brought up and some good educational topics are covered too.
The play has many aspects that the audience members (majority of whom are children!) can relate to, especially the educational subjects like hibernation, friendships, taking care of animals, basic responsibilities and so on.
For many members of the audience, the coverage of changing seasons was the highlight. When touching on winter, the whole theatre was lit up with spiraling bright lights and for autumn, leaves showered gently on to the crowd like confetti. Needless to say the children enjoyed grabbing the leaves to see who could grab the most! The use of bubbles and dancing down the aisles with props was well appreciated as well as kids stood out to reach and touch the puppets.
The idea that even best friends may argue and fight but at the end of the day, they will still remain as best friends because of what makes them similar and special at the same time were touched on too. This is a very important aspect as children being naïve may not be able to maintain friendships as well and often this results in unfriendliness and hostility and breaking of friendships. Kudos for putting in this part of the play!
Given that the target audience is mostly children from 3 to 7 years old, more audience interaction is desired to keep them interested and learn throughout play. In my personal opinion, a couple of sing-along sessions would be apt for the play.
Also, it would help if the puppets were much bigger than the puppet masters themselves as it would be less distracting the children sitting towards the back of the theatre would be more interested to follow the play.
The play wraps up really well with the message of making the best of every situation even if it is not ideal. When Lola does not get the role of the Sun in her school’s play but instead gets cast as a brown leaf, she gets sad at first but then shows us that there is no point being sad, and she should be happy, so she end up being the best and the biggest brown leaf ever!
Charlie & Lola’s extremely NEW play takes a light hearted and comedic approach to the original characters created by Lauren Child. Kudos to the team!
3/5 stars.
Written by Diana.