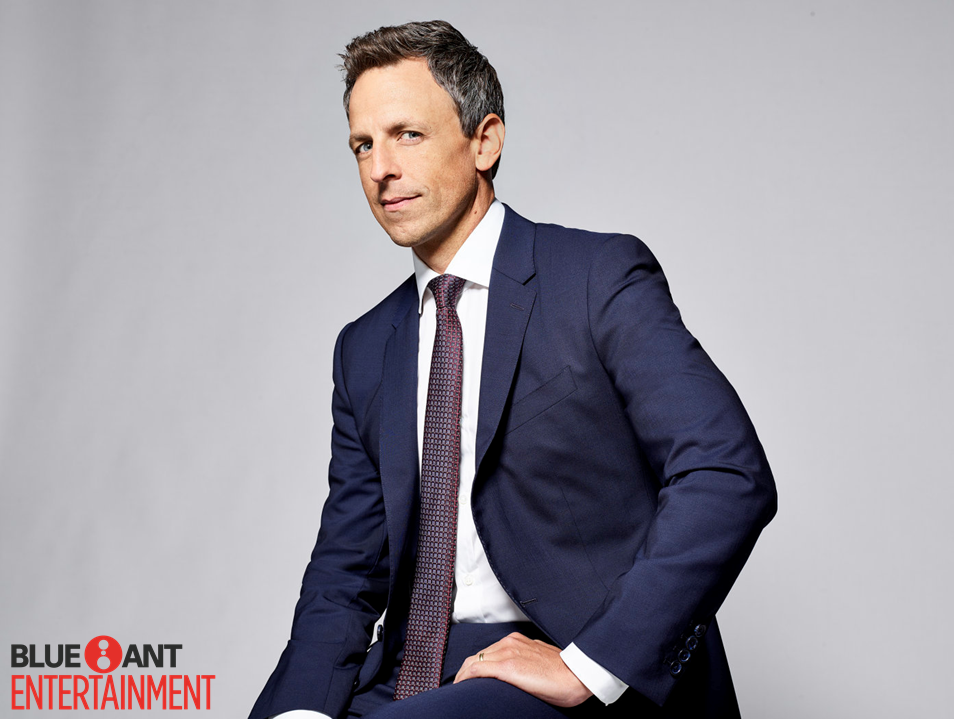 Live Broadcast on Monday, 8 January, at 9:00AM (8:00AM JKT/BKK) First and Exclusive on Blue Ant Entertainment

Seth Meyers, one of late night’s most important comedy voices, has been named host of the “75th Annual Golden Globe Awards.” The telecast is set to air on Monday, 8 January, 9A.M. LIVE from the US, first and exclusive on Blue Ant Entertainment.

“The Hollywood Foreign Press Association is excited to have Seth Meyers host the ‘75th Annual Golden Globe Awards,’” said HFPA President Meher Tatna. “With his natural comedic wit and innate ability to charm audiences, Seth will help us carry on the celebratory tradition of recognizing the best in television and film at the Party of the Year.”

Earlier this year, Meyers earned an Emmy Award nomination as a writer on his critically acclaimed talk show, “Late Night with Seth Meyers.” Meyers, who is a previous Emmy winner, was nominated three times for his work with Tina Fey and Amy Poehler on the 2013-15 Golden Globe Awards. Meyers began his TV career with “Saturday Night Live” in 2001 and was a cast member for 13 seasons, serving as head writer for nine seasons and “Weekend Update” anchor for eight. In all, Meyers has garnered 18 Emmy nominations for his work in television.

Meyers also executive produced and lent his voice to the animated superhero show “The Awesomes,” which ran for three seasons. In addition, Meyers has joined forces with “SNL” alums Fred Armisen and Bill Hader to create Emmy-nominated docu-parody series “Documentary Now!” Meyers hosted the Emmy Awards in 2014, the ESPY Awards on ESPN in 2010 and 2011 and headlined the 2011 White House Correspondents’ Association Dinner to rave reviews.

Nominations for the Golden Globes will be announced Monday, Dec. 11. Winners in 25 categories — 14 in film and 11 in television — are voted on by the Hollywood Foreign Press Association.

Produced by dick clark productions in association with the HFPA, the Golden Globe Awards are viewed in more than 210 countries worldwide and are one of the few awards ceremonies to include both motion picture and television achievements.