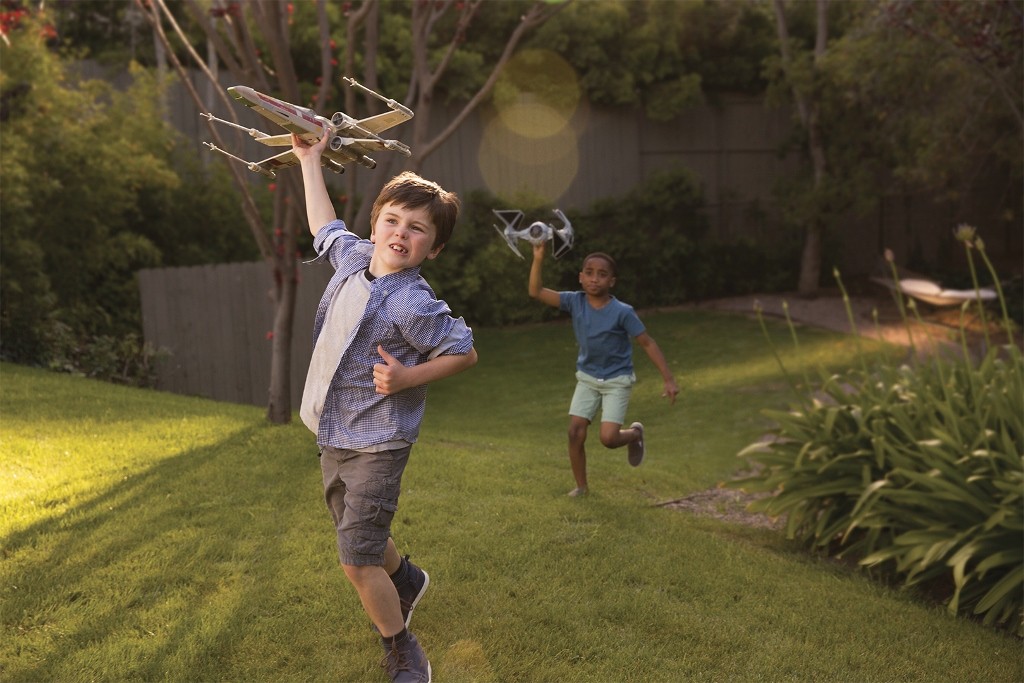 Glendale, Calif. – Star Wars: The Force Awakens products are set to be unveiled in the world’s first-ever global live toy unboxing event. Unfolding over 18 hours in 15 cities and 12 countries, the event will see highlights from the range of epic merchandise revealed in a rolling New Year’s Eve style celebration featuring top digital stars from the Maker Studios network.

“Star Wars toys have always played an important role in how our fans interact with the Saga,” says Lucasfilm President Kathleen Kennedy. “They’ve inspired multiple generations to relive the experience of the movies and to create new adventures all their own. These spectacular Star Wars: The Force Awakens products will continue that tradition.”

Kicking off in Sydney, Australia on the morning of September 3, and continuing through Asia, Europe, Canada, and North & South America, selections from the new toy line will debut to global fanfare leading up to retailers around the globe opening their doors at midnight.

“Over the course of 18 hours, some of Maker Studios’ biggest stars will each be unboxing a new toy from the Star Wars: The Force Awakens product line in a different city around the world and sharing the experience live on YouTube.” said Leslie Ferraro, President, Disney Consumer Products. “We’ve seen tremendous excitement for these new products and can’t wait to see the global reaction from the Star Wars fan community.” 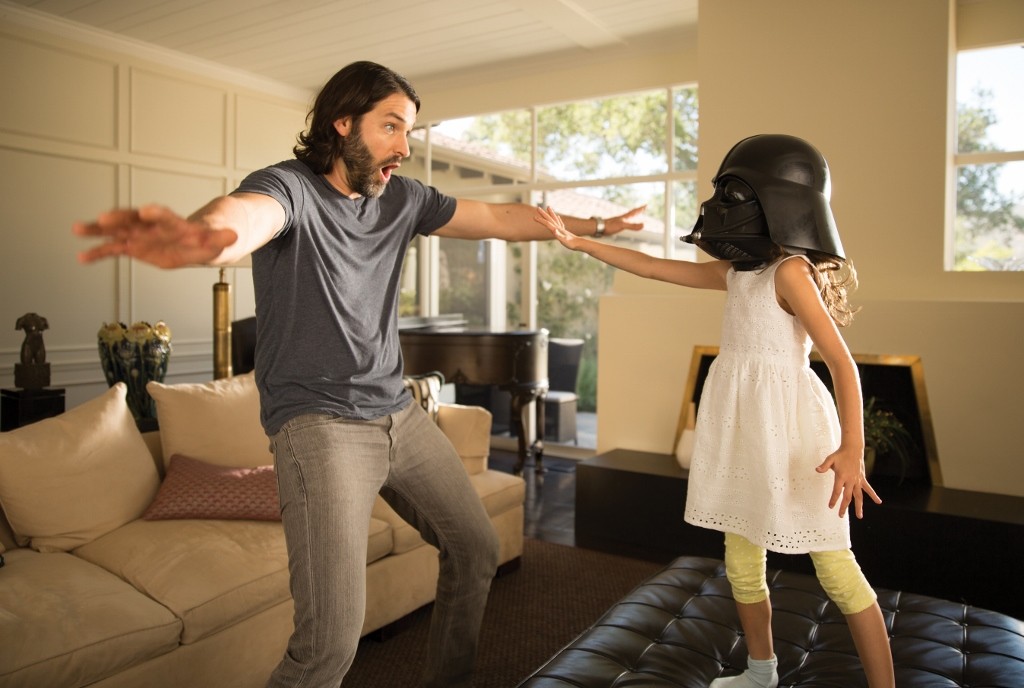 The Star Wars YouTube channel will host the live stream, which kicks off with the first unboxing in Sydney, Australia at 7:45 a.m. local time on Thursday, Sept. 3 (5:45 p.m. EDT on Wednesday, Sept. 2), with the grand finale at Lucasfilm in San Francisco at 8 a.m. PDT  (11 a.m. EDT) on Thursday, Sept. 3. Each of the 15 locations will reveal a new product inspired by Star Wars: The Force Awakens.

These “unboxing” videos will feature online personalities sharing the excitement of opening the new Star Wars: The Force Awakens toys. Unboxing videos overall have captivated millions of Internet viewers and continue to grow in popularity. Eighteen of the top 100 most viewed YouTube Channels worldwide are dedicated to toys and toy unboxings. These 18 channels accounted for 8.1 billion views in Q1 2015.[1]

“We’re excited to be part of this first-of-its-kind initiative,” said Chris M. Williams, Chief Audience Officer, Maker Studios. “The unboxing world continues to expand rapidly as audiences around the world connect with digital creators who share their passions. This shared fandom helps attract billions of monthly views and consistently puts the genre at the top of the YouTube charts.”

The global unboxing event will incorporate traditional toy unboxers such as the popular EvanTubeHD, channels featuring families such as Bratayley, lifehack specialists such as ExpCaseros, gamers such as AlexBy11 and Star Wars fans from around the world, including Chris Pirillo, bringing with them a broad audience and appeal. The global line-up includes:

The full schedule also is available at www.StarWars.com.

Fans can tune in to watch live unboxings at home or on mobile devices, and also enjoy the latest trailers on the upcoming movie, commentary from special guests, fun product videos and demos, and footage from recent Star Wars events.

The global celebration culminates at midnight local time, when many retailers around the world will open their doors to fans to purchase Star Wars: The Force Awakens toys, collectibles, books, apparel and more. Visit starwars.com for more details on participating locations. Additionally, select Disney Store locations around the world will take part.  More details are available at www.DisneyStore.com/ForceFriday.

Fans are encouraged to document their experiences around the event on social media using the hashtag #ForceFriday.

The global celebration culminates at midnight local time, when many retailers around the world will open their doors to fans to purchase Star Wars: The Force Awakens toys, collectibles, books, apparel and more. Visit starwars.com for more details on participating locations. Additionally, select Disney Store locations around the world will take part.  More details are available at www.DisneyStore.com/ForceFriday. 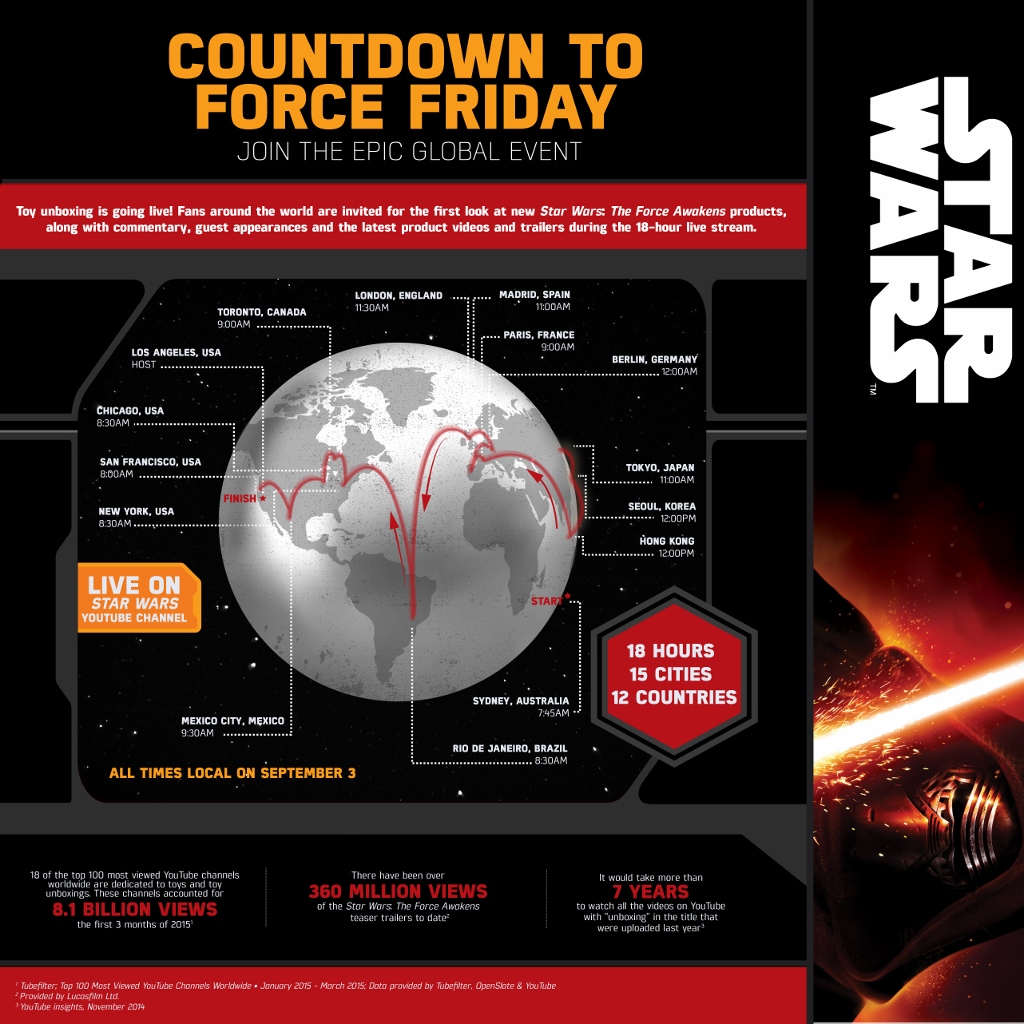 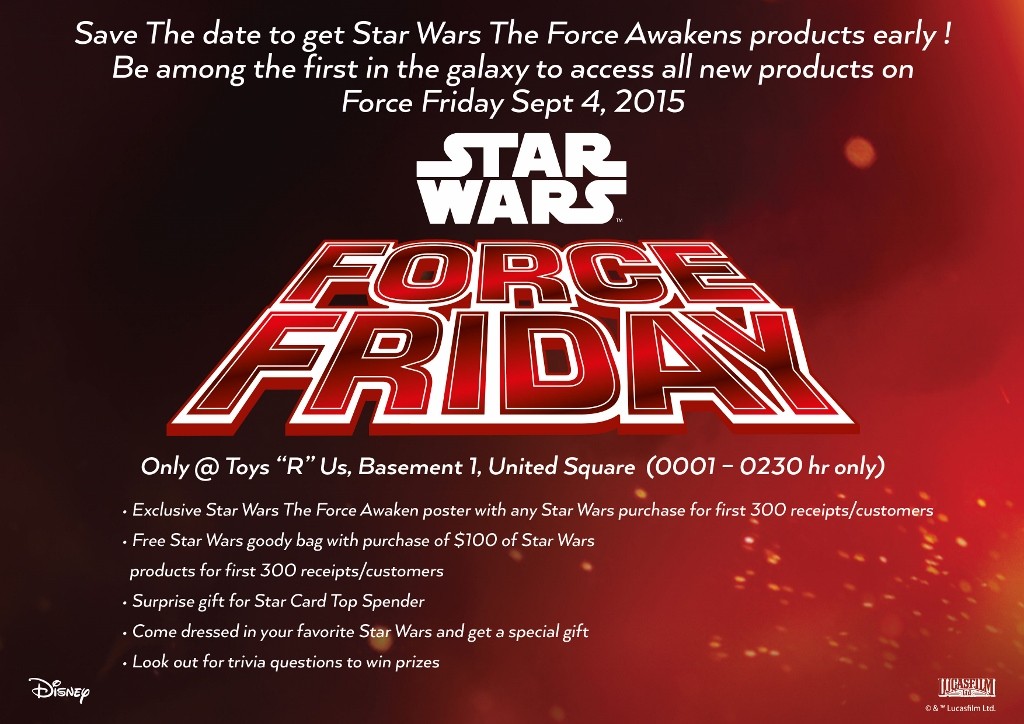 Do you enjoy shopping online? Have you heard of Picodi.sg? Well now you have. Get to enjoy saving when you use their money off codes here: http://picodi.sg/voucher-codes! As simple as that.

One thought on “The Force Awakens Around the World: Star Wars Fans Invited to Join Epic Global Event on YouTube”