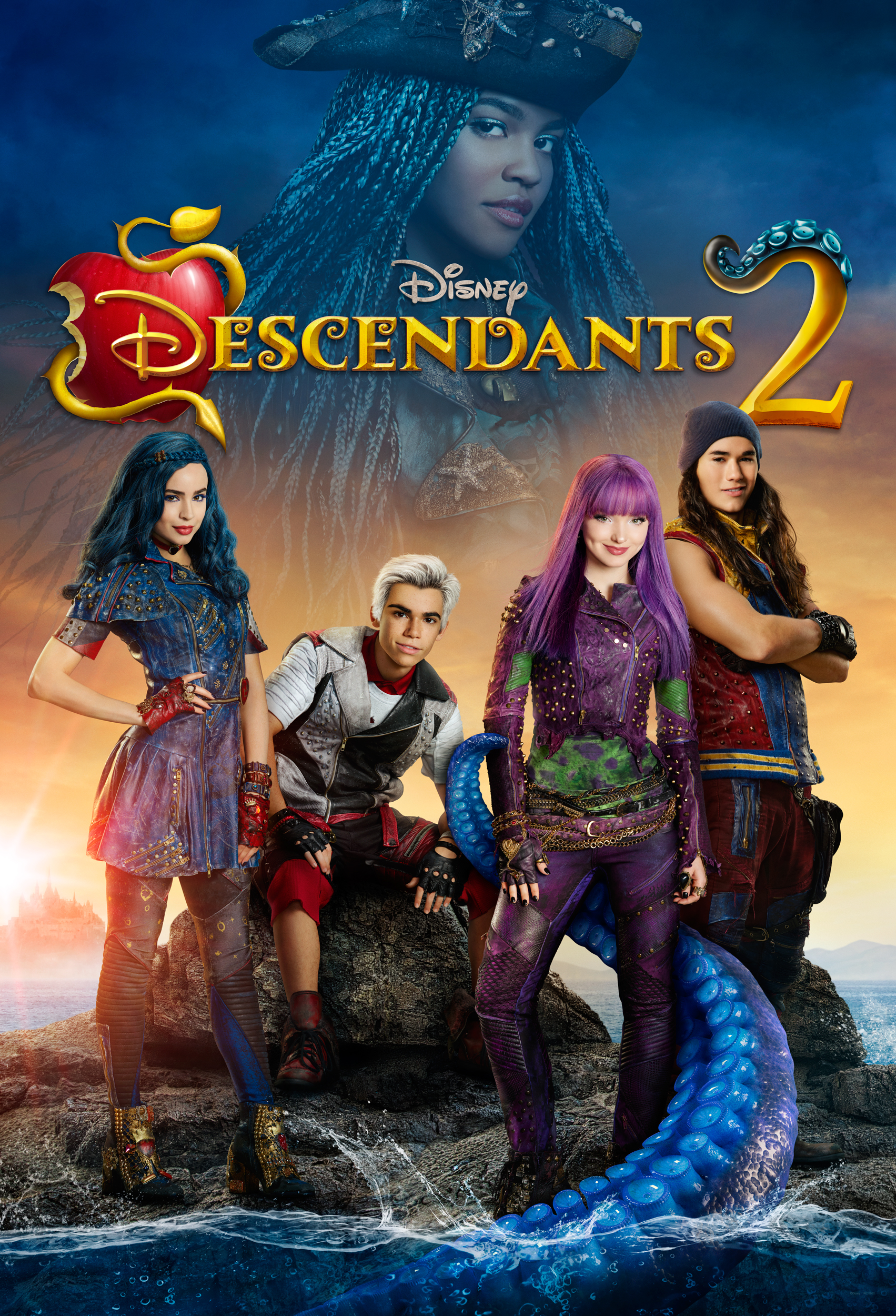 Find out in the highly anticipated Disney Channel Original Movie, “Descendants 2” premiering Sunday, 20 August at 10am!

The adventures of the teenage sons and daughters of Disney’s most infamous villains continues in the highly anticipated Disney Channel Original Movie “Descendants 2”! What happens when the Villain Kids face off against a new group of villains who have more “ways to be wicked” than they do? The contemporary, music-driven sequel, which has already broken ratings records in the US, premieres Sunday, 20 August, 10am on Disney Channel (Starhub TV Ch 312/Singtel TV Ch 234).

Reprising their roles as the Villain Kids are:

The movie introduces a new group of villains who form the menacing Pirate Gang:

The story begins with the gang of Villain Kids settling into their new lives in the idyllic kingdom of Auradon. When the pressure to fit in becomes too overwhelming for Mal, she returns to the Isle of the Lost which is now dominated by her archenemy, Uma, and her Pirate Gang, who plan to unleash all the villains imprisoned on the Isle. The story culminates in a climatic and action-packed battle where both sides face off to fight for what they believe is right.

A rich story full of adventure and heart, “Descendants 2” is centered on the themes of self-discovery, friendship, teamwork and empowerment, as the characters learn to stay true to themselves and discover their individuality.

Set to edgy, contemporary and fresh new music, the show features a brand new cover of “Kiss The Girl” from the 1989 animated film “The Little Mermaid” and six original songs, including the high-energy opening number “Ways To Be Wicked” and toe-tapping pop rock anthem, “What’s My Name”.

Emmy Award-winning director Kenny Ortega is the director, executive producer and choreographer.
The movie premiere of “Descendants 2” in the US (July 21, 2017) bested two years of US cable TV ratings, and the soundtrack topped the iTunes charts within the first week of its release.

Disney Channels Southeast Asia is responsible for the management, creative development and commercial operations of Disney owned channels across all media platforms in Southeast Asia (Singapore, Malaysia, Indonesia, Thailand, Vietnam, Cambodia, Brunei, Palau, Myanmar, Papua New Guinea and the Philippines).  Its flagship service Disney Channel is a 24-hour kid-driven, family inclusive television network that taps into the world of kids and families through animated series, originals and movies. Disney Channel is available to millions of viewers around the world across various platforms. Disney Channel is part of the Disney/ABC Television Group.