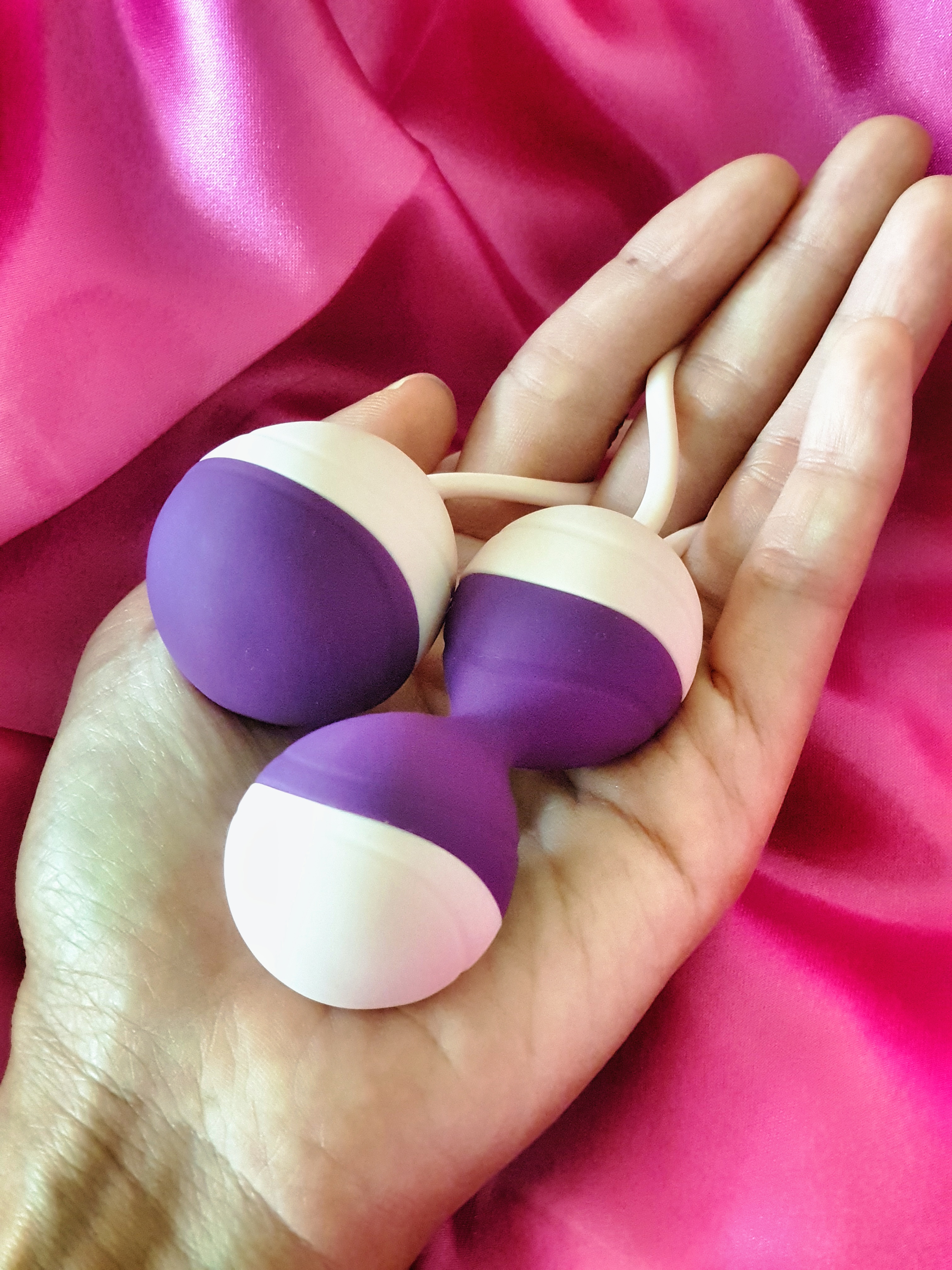 He holds out his hand, and in his palm are two round, shiny, silver balls, linked with a thick black thread.

Quote from Fifty Shades of Grey

For good or ill, Kegel balls have taken on a popular connotation thanks mainly to Fifty Shades of Grey. The good? Kegel balls (also called Ben Wa balls and a myriad of other names) used properly are an inexpensive option to strengthen the PC (pubococcygeus) muscles that lie on the pelvic floor. This is advantageous when a woman considers the changes that take place after giving birth, controlling continence, and getting the most pleasure from sexual intercourse.

Whatever one chooses to call them they can be an aid for new mothers in getting into a pelvic floor exercise routine. It’s no secret, especially to those who have recently become mothers, that one’s body is different after birth then it was before. For that matter, so is one’s mind. That’s another area of exploration but it all relates – no? It takes some tie to come to terms with the responsibilities and contours of affection that are delivered along with that wriggling little person who was once inside you and now is out there in the world – with you and other loved-ones but nevertheless umbilically separate. All of a sudden, the proverbial cord is cut. Pregnancy is one of the factors that can weaken the PC muscles. Regular exercise after giving birth can bring back the tone. This is vital in controlling continence. Even if incontinence is just a small amount of leaking, the result can be an embarrassment and a lessening of self-esteem. Introducing kegel balls into the postpartum exercises provides stimulus and muscle feedback.

A simple Google search will turn up many choices of kegel balls. The best local, most reliable choice, IMHO is the Amourata Kegel Ball Set offered by the Hedonist Store. Janiqueel.com has featured other products from the Hedonist Store. It’s a Singaporean business and, thus, especially receptive to its local customers. Made with soft purple (of course!)  silicone, the balls are fun to touch and to feel. The balls are of differing weights – see the exercise routine below. One of the balls houses a vibrator controlled by a wireless and rechargeable remote control. Yes, it’s also purple – an aesthetic pleasure!

The Hedonist store suggests the following routine for using the kegel balls:

“Just 30 minutes of training every day will enable you to take your love life into your own hands! (Literally).” says the Hedonsit Store proprietors. Saucy, aren’t they?