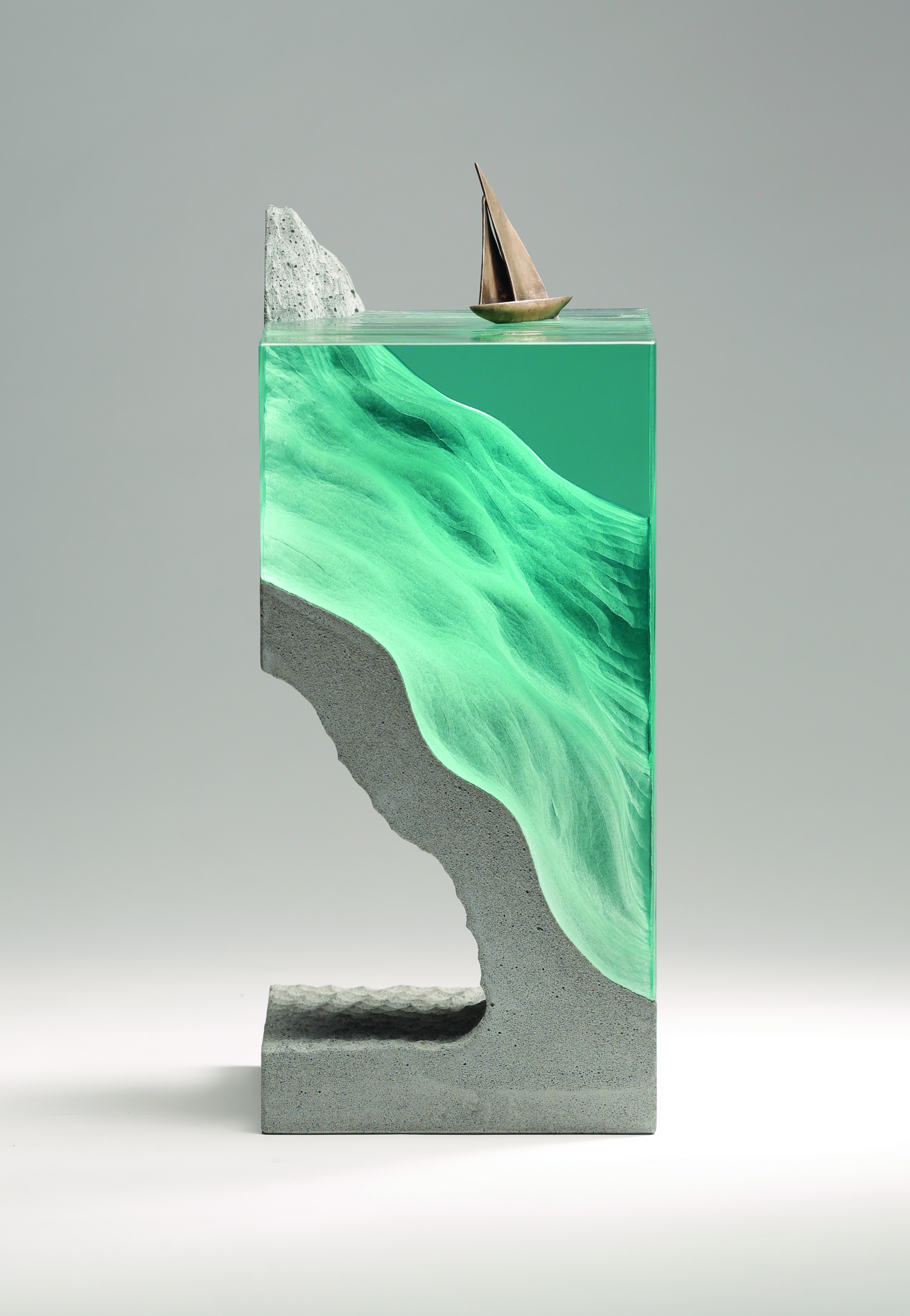 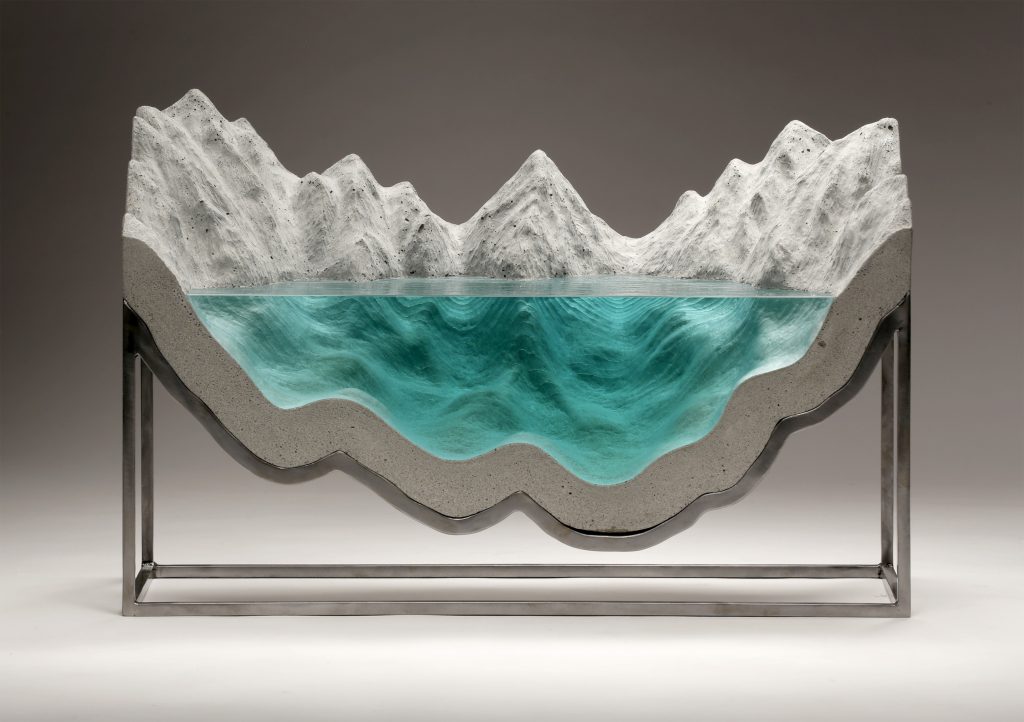 REDSEA Gallery is pleased to present the gallery’s first solo exhibition by New Zealand – based sculptor Ben Young, featuring all new works. The exhibition will be on view from 6 October to 5 November, with a public opening reception from 6.30 – 8.30pm on Friday 6th October, attended by the artist.

What began as personal and single expression for the unbridled beauty of the sea has developed into a practice that comprises the many and collective perspectives of the relationship between man and nature. In creating work, by hand, that makes reference to the myriad of perspectives and experiences of others, Young’s work is both deeply personal to the viewer and at the same time exploring subject matter that is universal, connecting Young, his work and his viewers in a moment of awe and nostalgia. 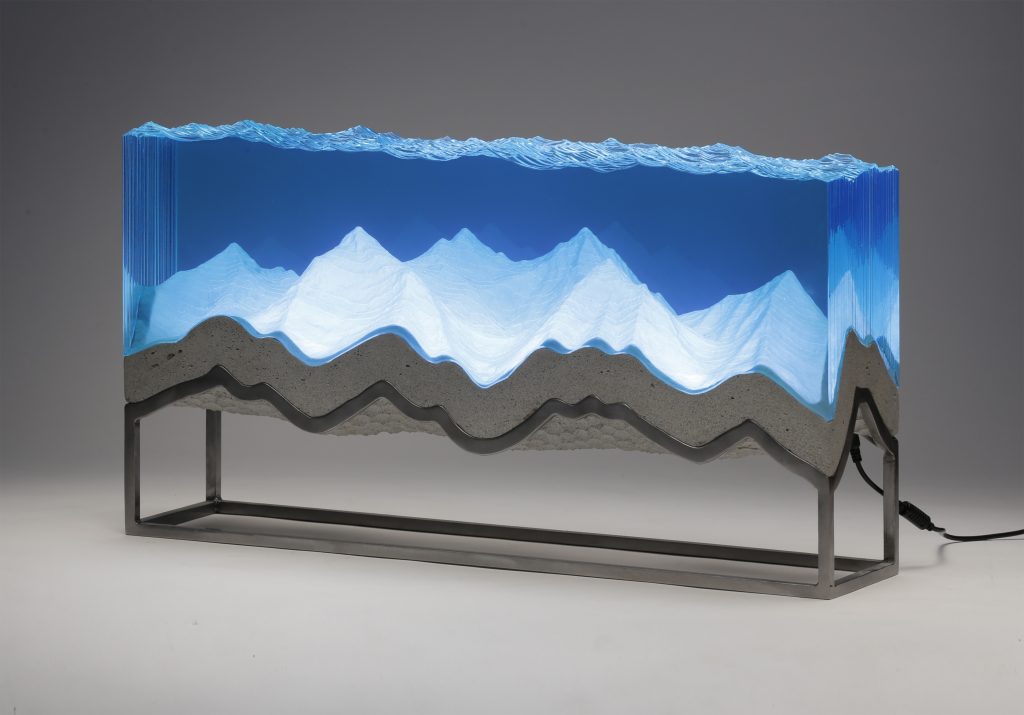 Young’s sculpture is intricate, each plane of glass contributing to a pattern that mimics the rippled surface of the sea and land. His deep respect of nature is apparent in the respect of his material, each handled and sanded with the knowledge that it plays an important role in contributing to an overall texture that seems to take on a life of its own.

His individual and considered treatment of his material allows each tiny undulation to create a whole that embodies the immensity and supremacy of the elements.The reminder that we are subordinate to nature is one relevant and important to many as we fixate with aspects of our lives that can seem trivial when confronted with the power of the land and seascape. 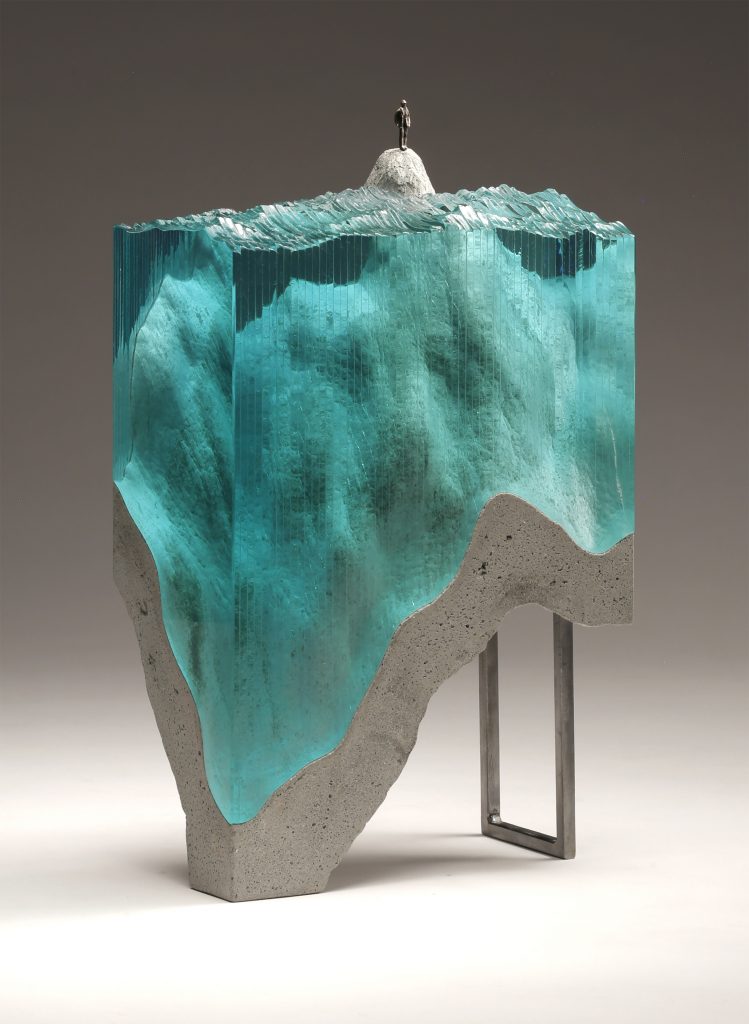 The contrast in Young’s work is commanding. On the one hand the detail and figurines in his work lends itself to an individual’s appreciation of craftsmanship and of memory. On the other, his work comments on the unfathomable enormity of nature. It is this contrast that has allowed for a meaningful connection between viewer and sculpture, as we see ourselves in his work and see something else entirely –too massive to articulate, but strangely grounding also.

Residing in Mount Maunganui, New Zealand, Ben Young (b. 1982) is a self-taught artist who has been making glass sculpture for over 15 years and has exhibited alongside well-known glass artists both internationally and in Australia.

Having spent most of his life in the beautiful Bay of Plenty (North Island, NZ) it seemed natural for Young to explore the local landscape and surroundings for early inspiration in his art. A keen surfer and a boat builder by profession, he is largely influenced by the ocean and brings these passions together in his evocative glass forms.

Each of Young’s sculptural works are hand drawn, hand cut and handcrafted from clear sheet float glass, then laminated layer upon layer to create the final form. He constructs models, draws templates, makes custom jigs and then cuts the layers with a glazier’s hand-tool. The complexity comes from the planning phase, where he says ‘I do a lot of thinking before I even start to draw or cut’. He then sketches the concept by hand and creates a plan using traditional technical drawing techniques: “I work with 2D shapes and have to figure out how to translate that into a 3D finished piece. Sometimes my starting point changes dramatically as I have to find a way to layer the glass to create certain shapes.” 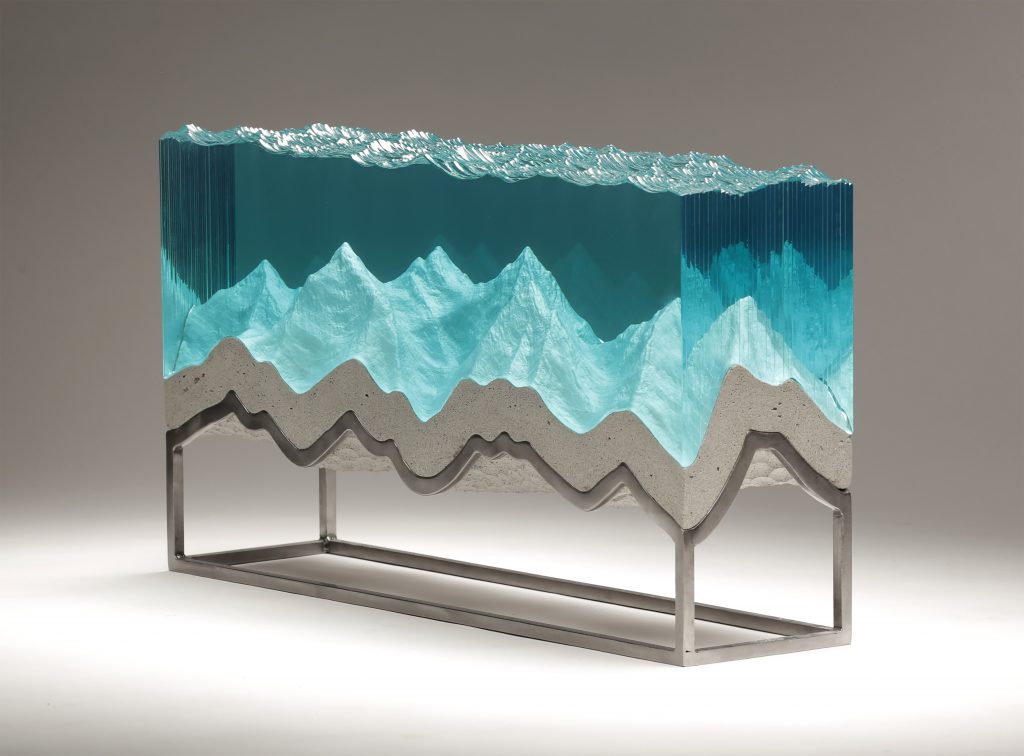