This city of Barcelona must have received the light of Christian faith very early on. The martyrdoms of Saint Eulalia and Saint Cucuphas during the Diocletianic Perscution bear witness to the existence.
Unfortunately they have no historically proven records of the ecclesiastical organization of our dioceses until 343, when Bishop Praetextatus of Barcelona and another five bishops of Hispania attended the Council of Sardica to ratify the provisions set forth in the Ecumenical Council of Nicea (325) as to the divinity of Jesus Christ.
Certain solidly grounded conjectures lead us to believe that Barcelona already had an Episcopal temple or Cathedral at that time, which would be used soon thereafter for pastoral ministry by other key bishops of our diocese: Saint Pacian (390), Lampius (400), Nundinarius (461), Nebridius (540), Ugne (599), Severus (633), Quiricus (656), Idalici (688), Laülf (693), Frodoí (890), etc. In the year 599 our Cathedral appears in a document dedicating it to the Holy Cross (Second Council of Barcelona).
Recent excavations of the substrata of the Carrer dels Comtes of Barcelona (which currently runs along the Eastern wall of the Cathedral) brought to light a building comprising three naves separated by two series of white marble columns. This undoubtedly identifies with the paleo-Christian basilica constructed in the 4th century and ennobled by subsequent bishops over seven centuries despite the difficulties caused by the Arian fight.
That early basilica solemnly housed the relics of Saint Eulalia in one of its chapels, hidden to avoid profanation by the Arab invaders of our peninsula (711). In 877 they were miraculously discovered at the temple of Santa María de les Arenes (or Santa María del Mar).
The primitive Cathedral, profoundly affected when the Arab chieftain Almanzor burned and destroyed the city, remained standing until 1046, when the Count of Barcelona, Ramon Berenguer the Old and his wife Almodis, together with Bishop Guislabert, commenced construction of another Cathedral, called the Romanesque Cathedral. That second Cathedral was consecrated on 18 November 1058 by the Archbishop Wilfred of Narbonne.
The Gothic Cathedral today was built on the foundations of the primitive paleo-Christian basilica and the subsequent Romanesque Cathedral. Construction commenced on 1 May 1298 during the mandate of Bishop Bernardo Pelegrí and the reign of King James II of Aragon, the Just, and was virtually completed by the mid-15th century, under the mandate of Bishop Francisco Clemente Sapera and the rule of King Alfonso V of Aragon.
Three distinct periods can be defined within the 150 years of construction: in the first, the building was planned and the apse and radial chapels were built, as were the presbytery – with its altar and crypt- and the pseudo transept; afterward, the three naves, with their respective lateral chapels, were extended back to the choir; finally, construction of the basilica continued to the façade, which was later closed with a simple wall (1417). The Cloister was finished in 1448.
At the end of the 19th century, the Barcelona industrialist Manuel Girona Agrafel offered to undertake the work on the façade and on the two side towers, in keeping with the plans drawn up by the architect Josep O. Mestres and inspired by the initial 15th-century project. Mr Girona’s children finalized their father’s work in 1913 on completion of the cimborio. 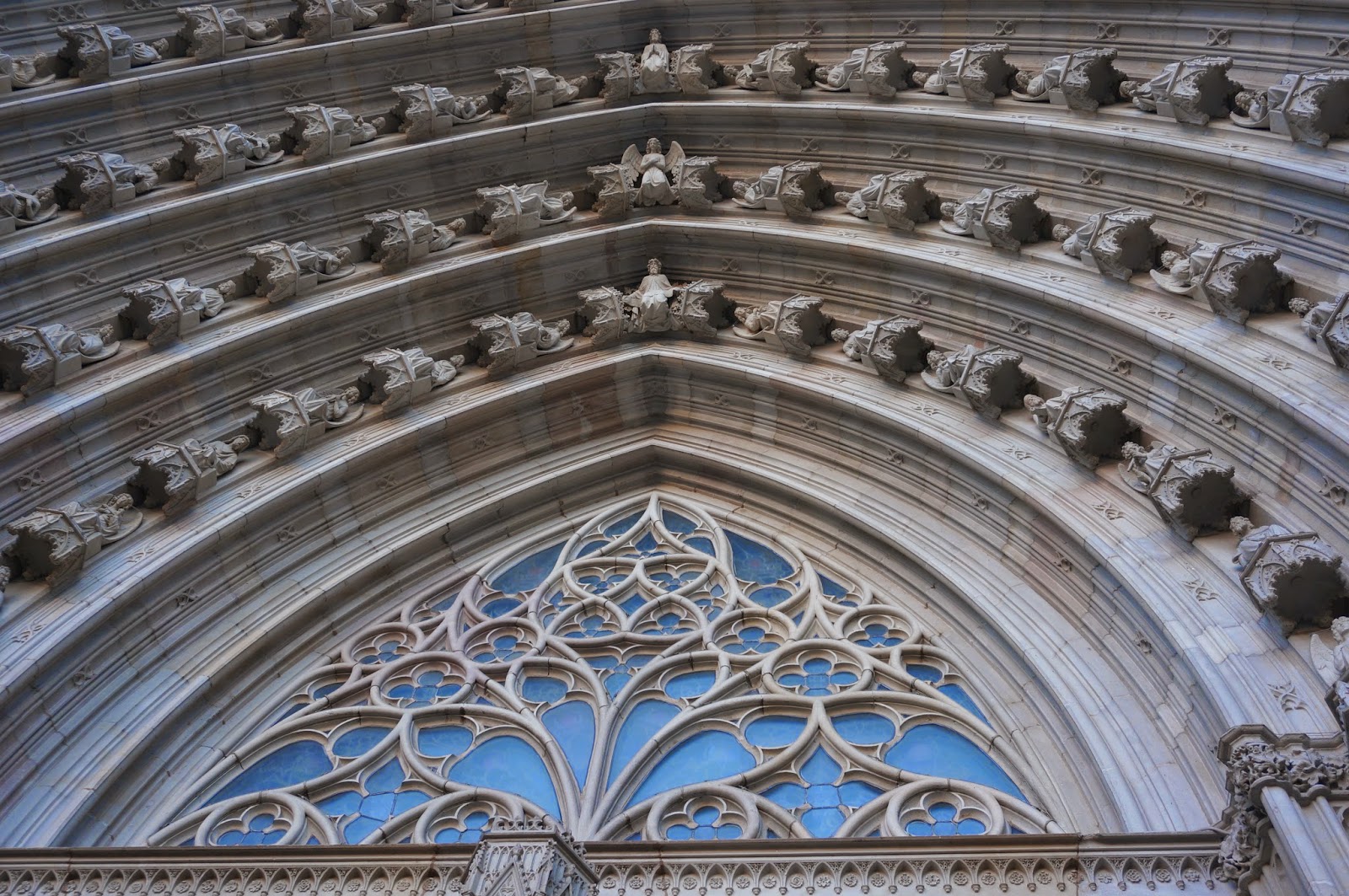 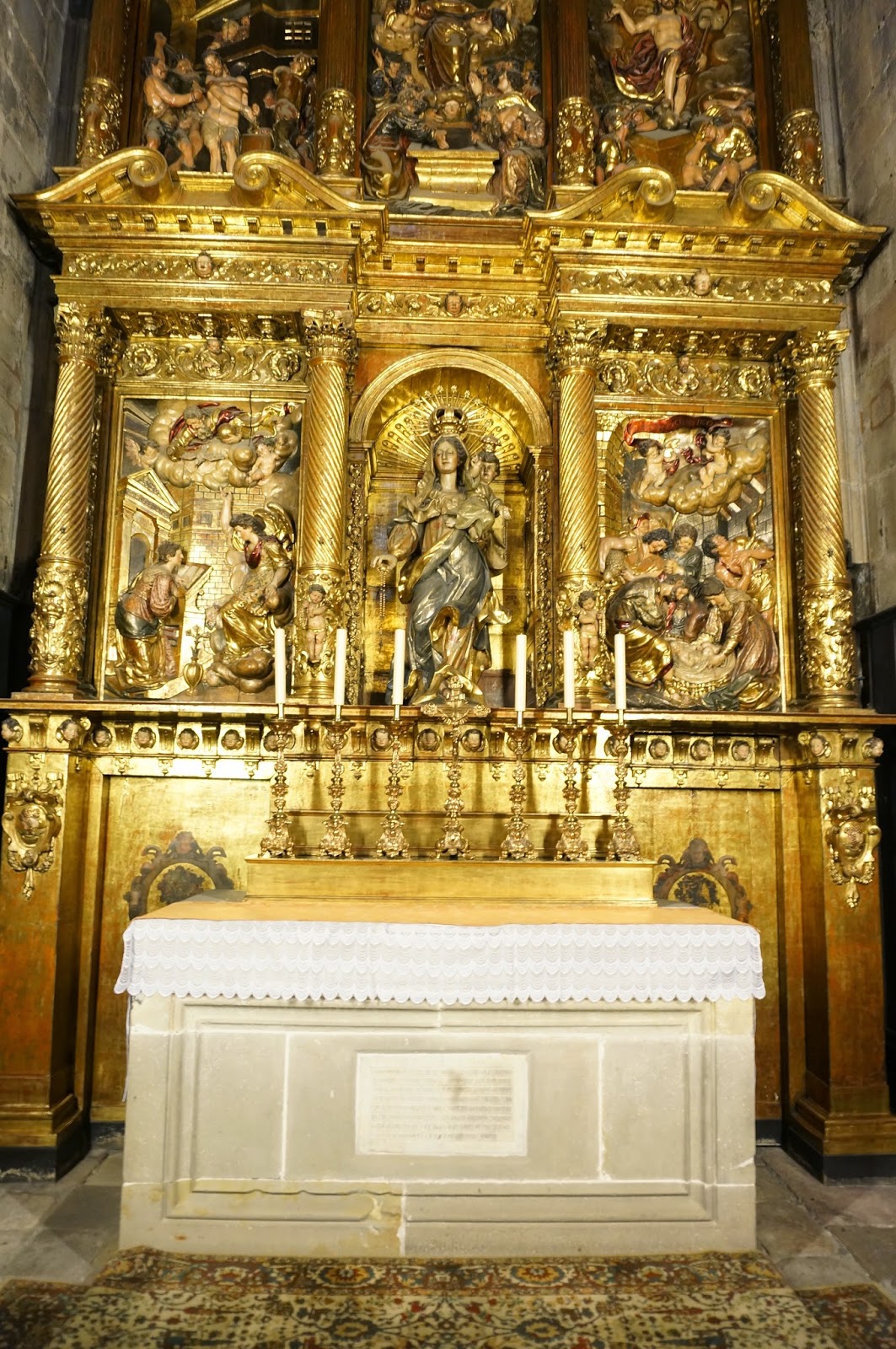 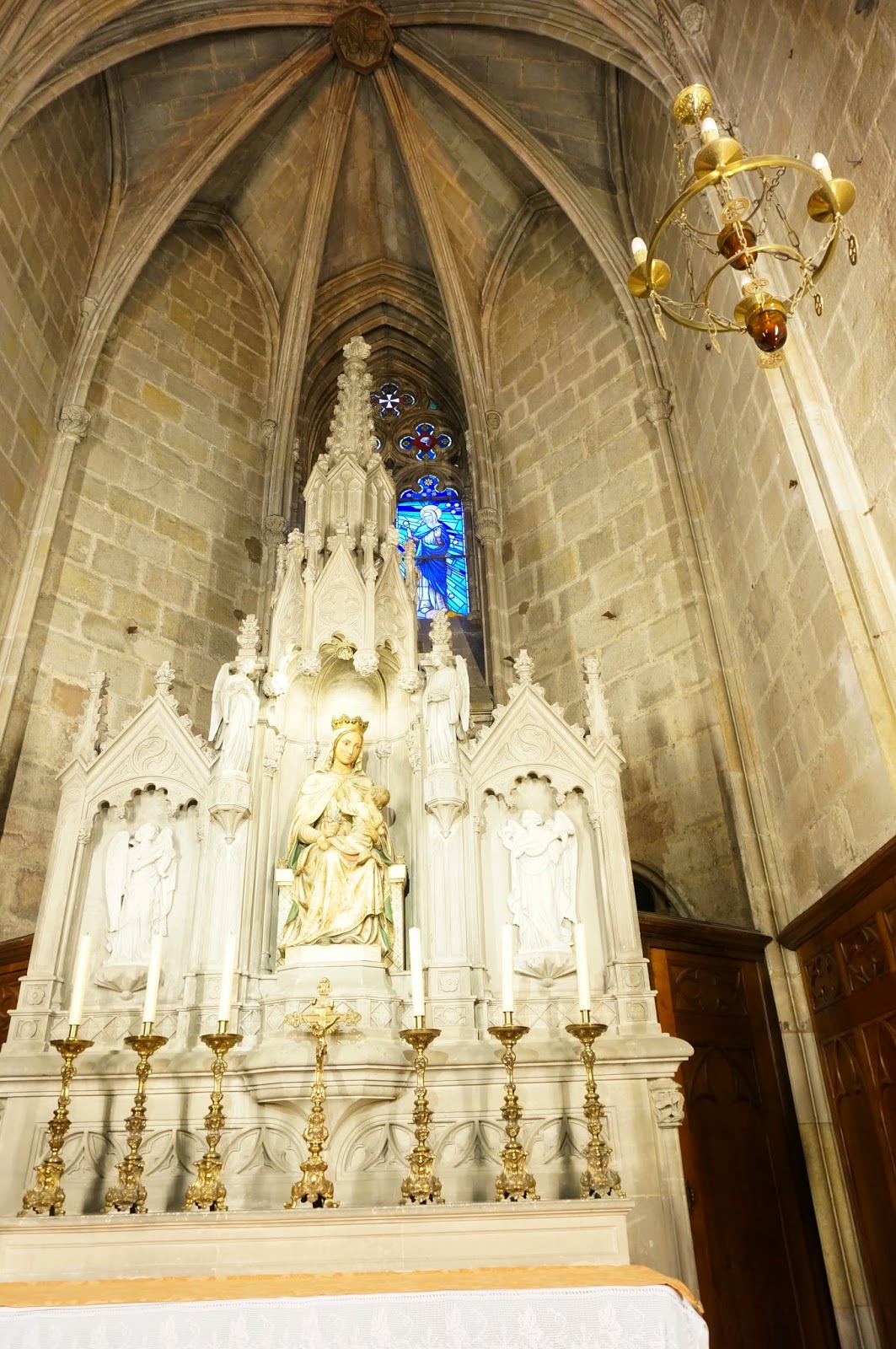 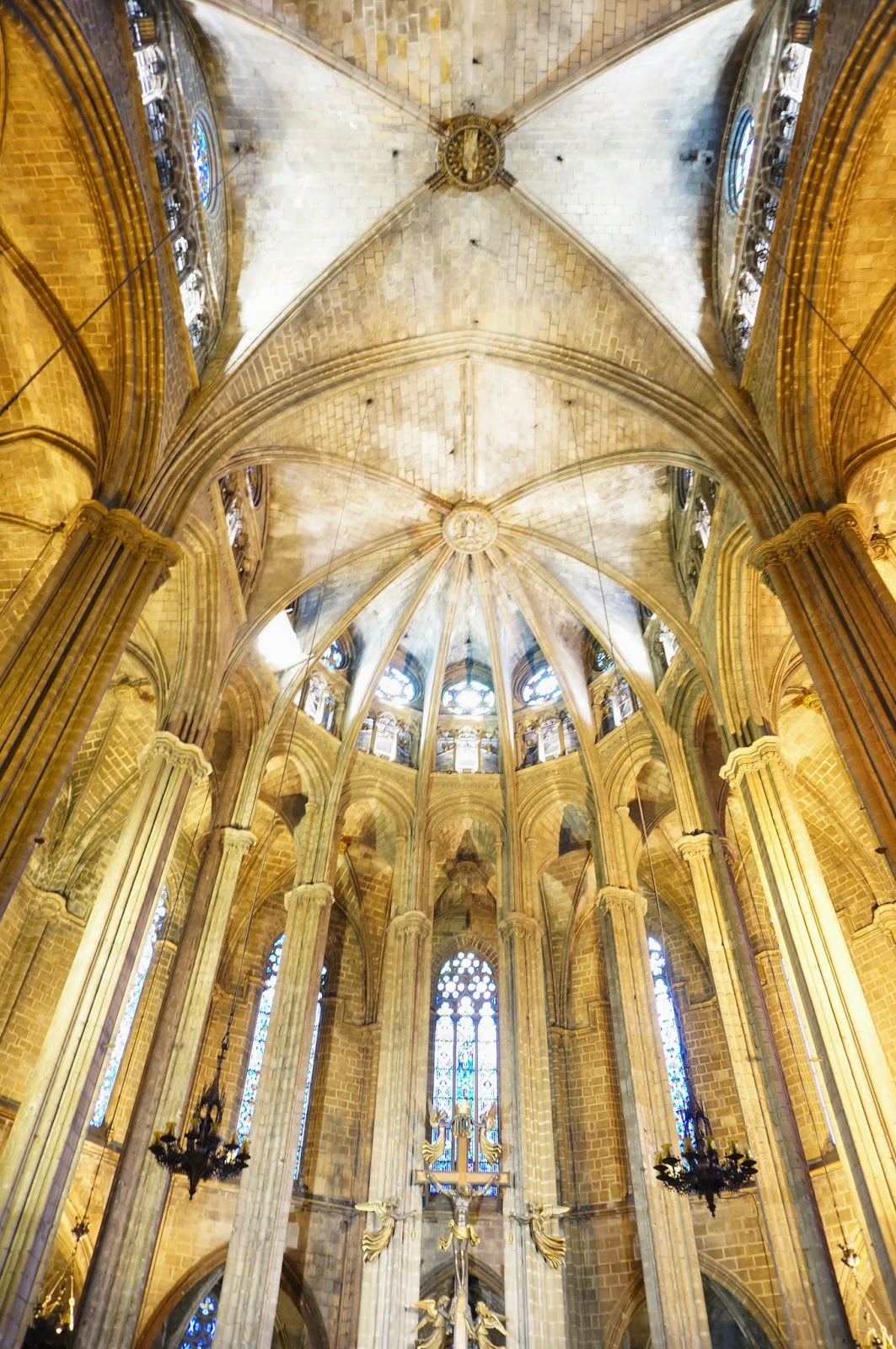 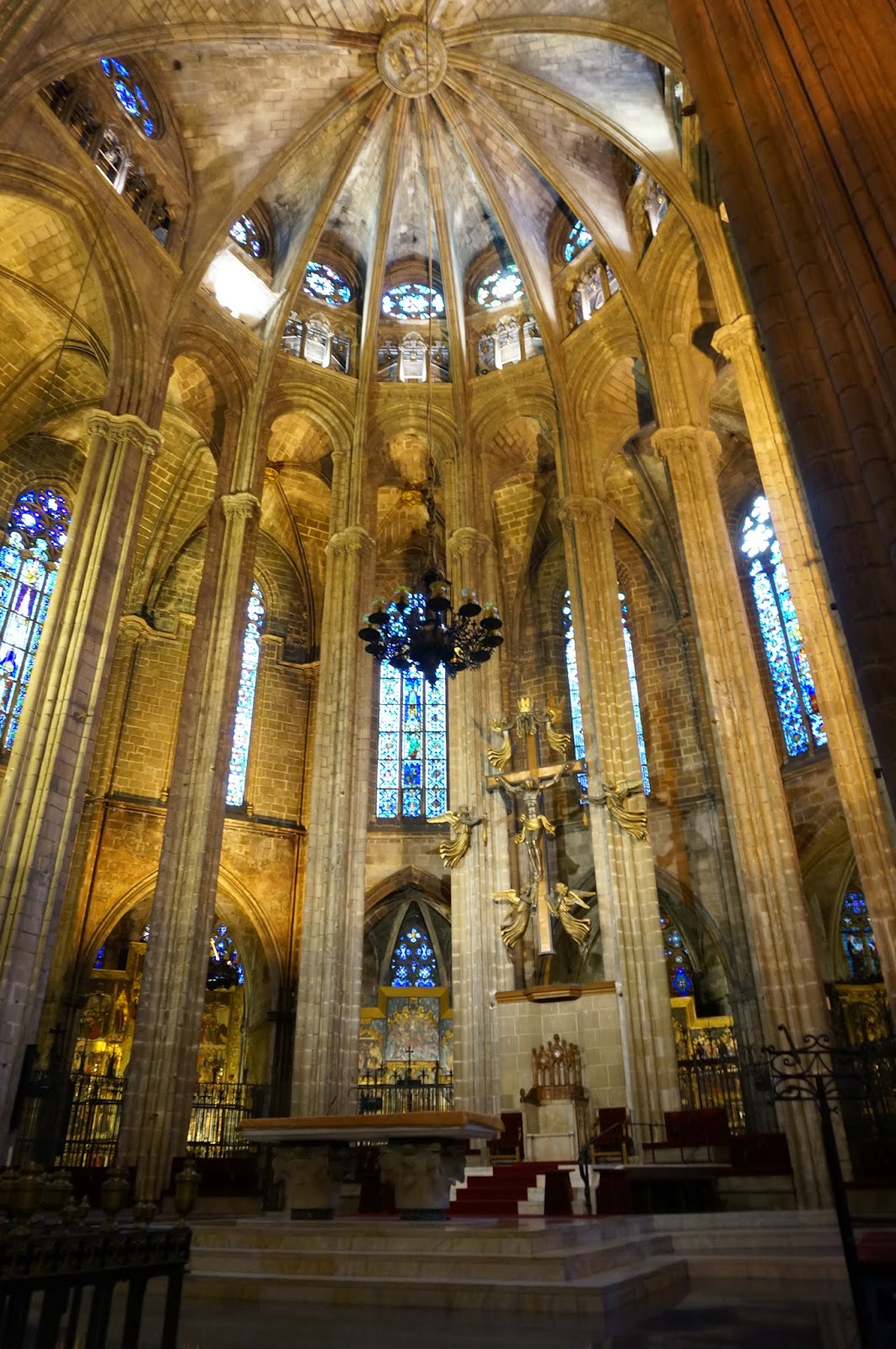 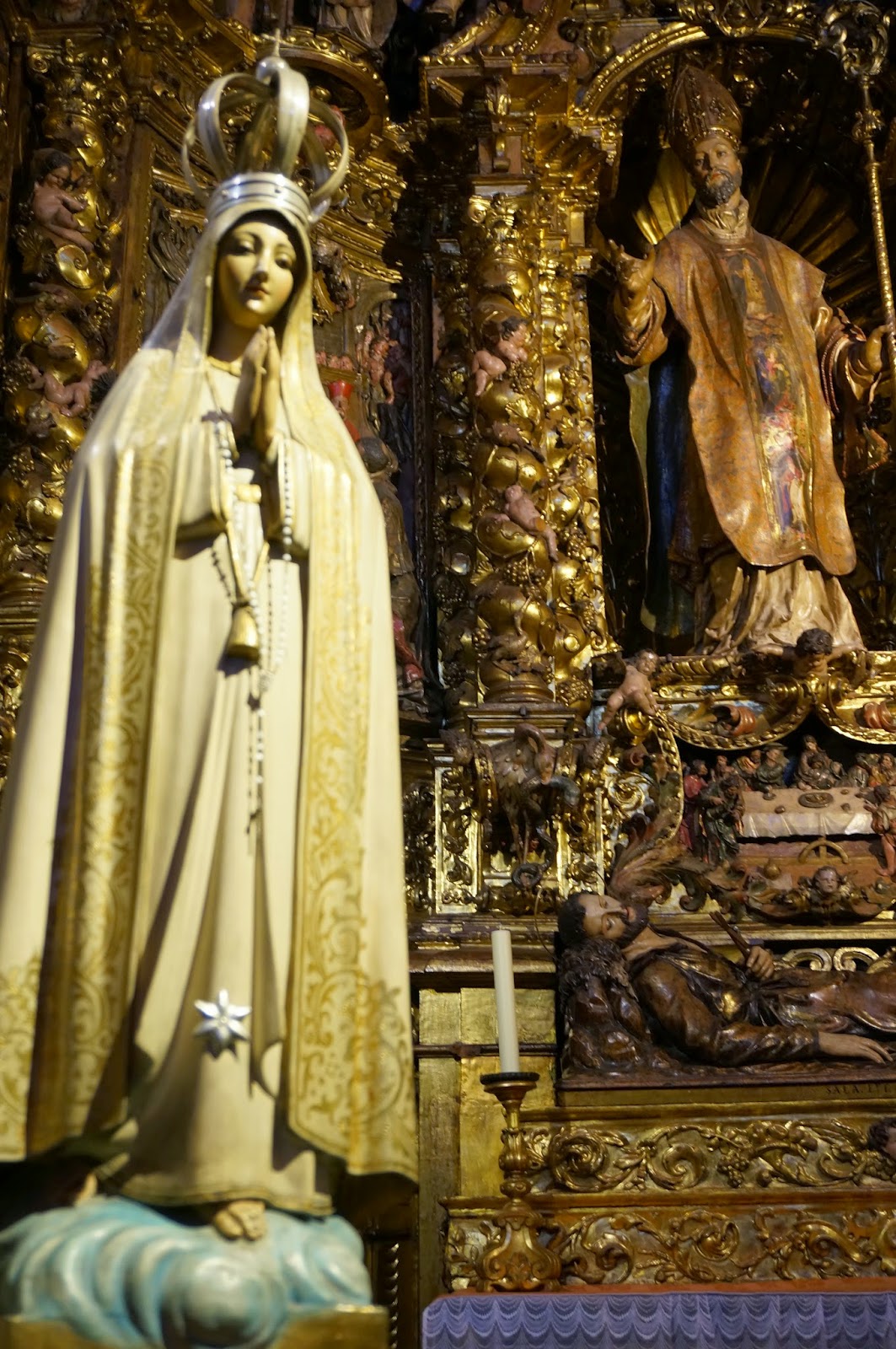 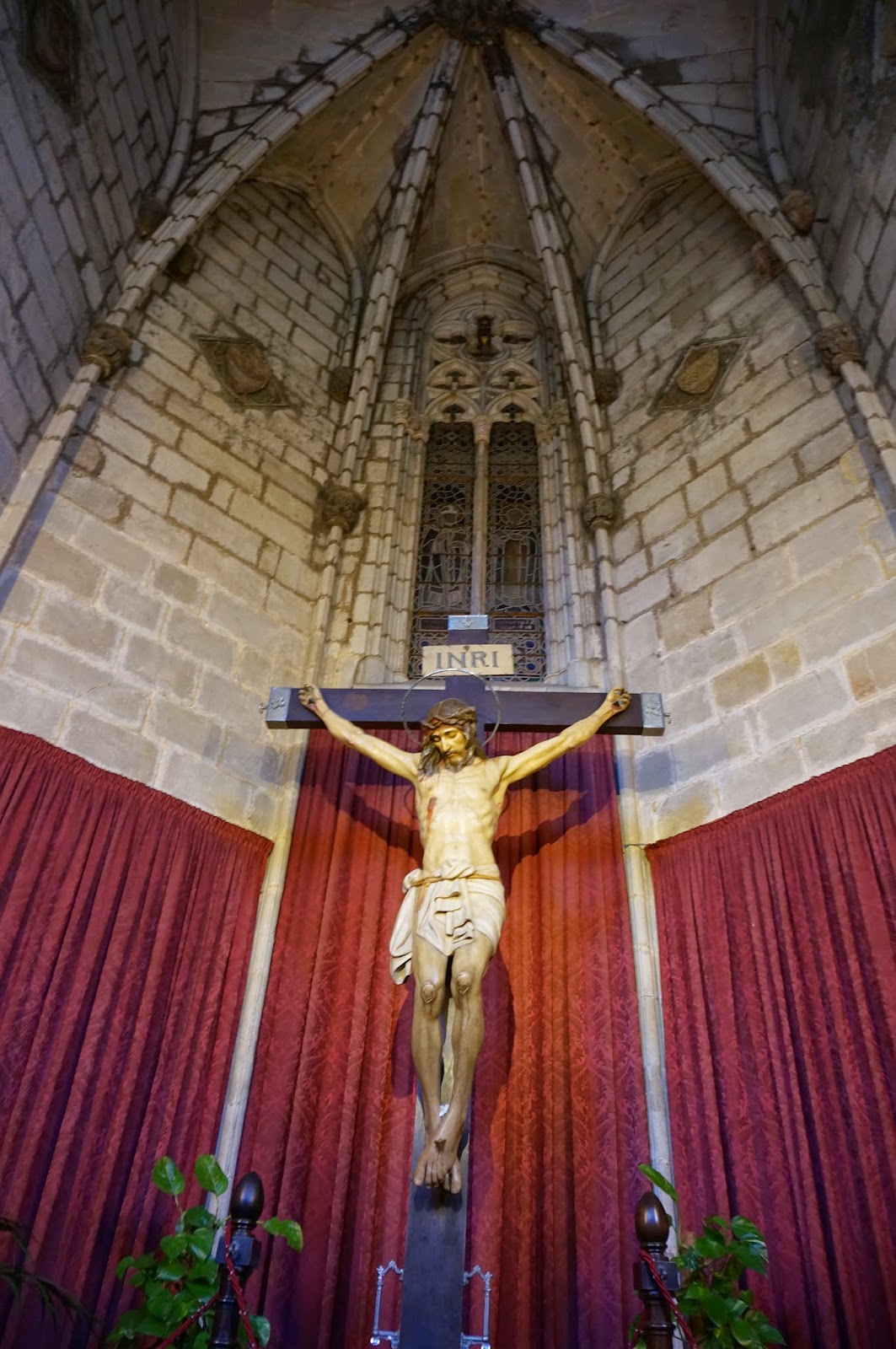