Ireland is home to some of the most beautiful views people will likely see anywhere in the world. Irish castles are among those at the forefront of the country’s beauty and tell various stories from our nation’s past.

There are dozens of Irish castles still standing today, many of which are still in outstanding condition. Visitors to our shores do not need to travel to far and wide to find some of these archaeological wonders and can avail of the many tours each one has on offer. Let us take a stroll through Ireland’s past and acknowledge some of the country’s most beautiful castles.

This beautiful castle overlooking the Blackwater Valley in County Waterford is steeped in medieval history. Originally built during the 12th Century, Lismore Castle was once in the possession of the likes of Sir Walter Raleigh and Richard Boyle, the Earl of Cork who helped turn the grounds around the site into a breathtaking estate. In 1753 it was passed on to the sixth Duke of Devonshire, William Cavendish, whose family still owns it to this day.

Now Lismore Castle is a cultural and heritage site visited by hundreds of people each year. The gardens around the estate are open to the public from March to September and various art exhibitions take place throughout the year.

Located at Cashel in County Tipperary, this 12th Century castle was once home to the Kings of Munster for hundreds of years and has become one of the the most visited sites in Ireland each year. The Rock of Cashel is open to the public all year round and is free the first Wednesday of every month. Visitors gather in their droves to marvel at the original structures of the castle, cathedral and chapel which are all kept in impeccable order to this day.

Kilkenny isn’t just a county known for its strong hurling tradition, it is also a part of Ireland steeped in medieval history and Kilkenny Castle is one of the most prominent examples which showcases this. Built during the 12th century on the River Nore this castle played a key role during the Norman invasion helping Richard de Clare (known historically as Strongbow) and his troops gain a foothold in southern parts of the country for Henry II.

Today Kilkenny Castle is one of the most visited historical sites in Ireland. It has received extensive restoration to its structures over the years. Visitors are welcome to stroll the magnificently manicured grounds surrounding the castle as well as many parts within the castle itself. 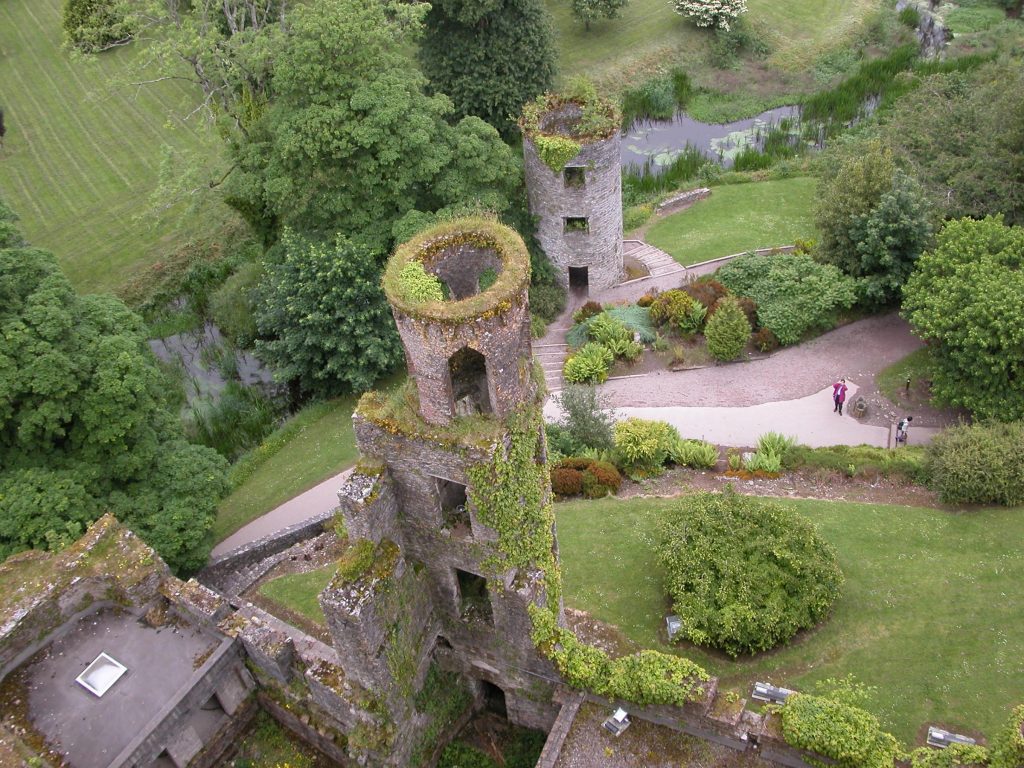 The beautiful surroundings of Blarney Castle

Blarney Castle is known mainly for the Blarney Stone which attracts hundreds of visitors each year who kiss the stone in the hope of gaining the gift of eloquence or in Irish terms the ‘gift of the gab’. People hang upside down over a 10 foot drop to plant on the Blarney Stone, sounds like something out of a Spiderman movie.

If this terrifying display of affection doesn’t appeal to everyone then visitors can still enjoy roaming around the gardens and grounds which are filled with rare and fascinating flora like ricin, wolfsbane and mandrake.

Dromoland Castle is the famous ancestral home of the O’Briens who reigned as Kings of Thomond and whose lineage can be traced back to Brian Boru, the only High King of Ireland. It has been transformed into one of Ireland’s most astounding five star hotels, equipped with an award winning golf course.

Dromoland Castle sits on 400 acres which takes in some of County Clare’s sublime countryside and landscape. Dromoland Castle is a top destination for many visitors as they travel through Ireland and acts as a perfect median between a variety of must see sites along the west coast of the country.

The history of Ballynahinch Castle began during the 14th century a played a role in the battle between the O’Flaherty’s and the O’Malleys. Over the next number of centuries the site was developed and eventually found its way into the possession of one of its most notable residence,the famous Pirate Queen, Grace O’Malley.

Located in the stunning County Galway, Ballynahinch Castle is now used as a hotel and stands as one of Ireland’s most luxurious accommodations. Guests can fish for salmon in the lake or take in the beautiful surroundings through the many hiking trails.

Bunratty Castle has a long and violent history since being built around the year 1250. It has been conquered, destroyed and restored multiple times by various clans over the years with de Clare’s and O’Brien’s among its notable residence. Bunratty Castle is located in Bunratty Village in County Clare on the River Ratty, which flows into the Shannon estuary.

The structure which stands today dates back to the 15th century and contains over 450 historical artifacts like furniture and other medieval objects which visitors can view. People can also book a banquet within the castle and share a medieval feast to give you an idea of what gatherings were like back in olden times.

What is your favorite castle in Ireland? Let us know in the comments section below.

The Most Beautiful Castles in Ireland is first seen on Irish Central.