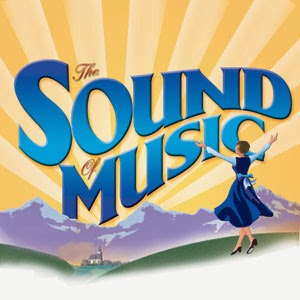 ONCE-IN-A-LIFETIME OPPORTUNITY FOR SINGAPORE CHILDREN TO STAR IN INTERNATIONAL PRODUCTION OF THE SOUND OF MUSIC
Singapore, 18 February 2014 – The world’s best-loved musical, THE SOUND OF MUSIC, is coming to The MasterCard Theatres at Marina Bay Sands in July 2014. This critically acclaimed West End production features seven children that form the Von Trapp family, and the producers are looking to cast six of these children in Singapore.  Auditions will be held next month for two male and four female roles, ascending ages from 4 to 12 are invited to register.

THE SOUND OF MUSIC tells the uplifting true story of Maria, the fun-loving governess who changes the lives of the widowed Captain Von Trapp and his seven children by re-introducing them to music, culminating in the family’s flight across the Austrian mountains as tensions rise prior to the outbreak of World War II.  This iconic musical is sure to work its magic once again, for young and old alike.

With its unforgettable score, THE SOUND OF MUSIC touches hearts of all ages and contains some of the most memorable songs ever performed on the musical theatre stage including My Favourite Things, Do-Re-Mi, Climb Ev’ry Mountain, Edelweiss, The Lonely Goatherd, Sixteen Going on Seventeen, and of course the glorious title song The Sound of Music.

Producer of THE SOUND OF MUSIC and Chief Executive of Lunchbox Theatrical Productions James Cundall said, “This is a truly exciting opportunity for local talent to star in an international and West End blockbuster.  We are looking for 18 children in total to play six roles in this family musical and regardless of experience, singing ability or age, everyone is welcome to come along and audition.”

To audition applicants must register their interest by emailing somsg.auditions@gmail.com and provide the child’s name, age, height and gender. Once registered, details will be provided about when the auditions will take place and what commitment the child must make in order to be part of this exciting show.

Arguably one of the world’s best-loved musicals, the original 1959 Broadway production of THE SOUND OF MUSIC won six Tony Awards, including Best Musical, and was Rogers and Hammerstein’s biggest success.  The 1965 movie starring Julie Andrews as Maria won five Oscars, including Best Picture, and remains one of the most popular movies of all time.

Tickets for THE SOUND OF MUSIC will go on sale in April, and further details of the Singapore season will be announced next month.
TICKETING AND SHOW INFORMATION
From 11th July – 10th August 2014
Tickets go on sale in March.