Against The Current returns to Singapore following their second major label release “PAST LIVES”.
SNOWBIRD PRODUCTIONS is thrilled to announce the return of American pop rock band AGAINST THE CURRENT to perform new material from their latest album, PAST LIVES on Thursday, 27 November, 2018 at SCAPE The Ground Theatre, Singapore!

The band, consisting of charismatic lead vocalist Chrissy Costanza, guitarist Dan Gow, and drummer Will Ferri, have come a long way since finding stardom on YouTube. The trio signed under Warner Music Group’s indie rock label Fueled by Ramen, and released their first full-length album, In Our Bones, in May 2016. Their debut album immediately charted #2 on Billboard’s “Top New Artists” and lauded as “Pop Rock Perfection” by Alternative Press. 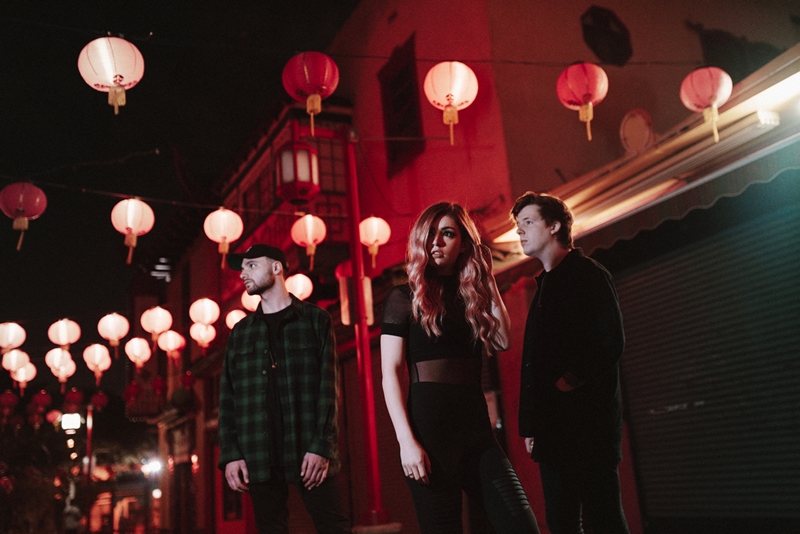 Against the Current’s unique brand of pop, rock and indie sounds appeal to a global audience which led to the production of an exclusive anthem song for Riot Game’s 2017 League of Legend Championship – “Legends Never Die”. The live performance at the Beijing opening ceremony saw them collaborate with Taiwanese superstar Jay Chou and Norwegian DJ/producer Alan Walker.
Past Lives, the long awaited and highly anticipated second album, is due for release in September 2018 and set to usher in a new chapter for both the band as well as their fans worldwide. Singles “Almost Forgot”, “Strangers Again” and “Personal” are out ahead of their world tour and don’t miss your chance to catch Against the Current live in Singapore come 27th November 2018!

*VIP Tickets include a session of Meet and Greet with Chrissy, Will and Dan, as well as priority entry to the concert. VIP ticket holders will also receive concert freebies. Items will be revealed in time.

*Details of Meet and Greet will be revealed in time.
*Exclusive of ticketing fee. All prices in Singapore dollars.
*Free standing for all ticket categories
Tickets on sale now at from ApacTix.
Ticket Link: http://www.apactix.com/events/detail/against-the-current-2018 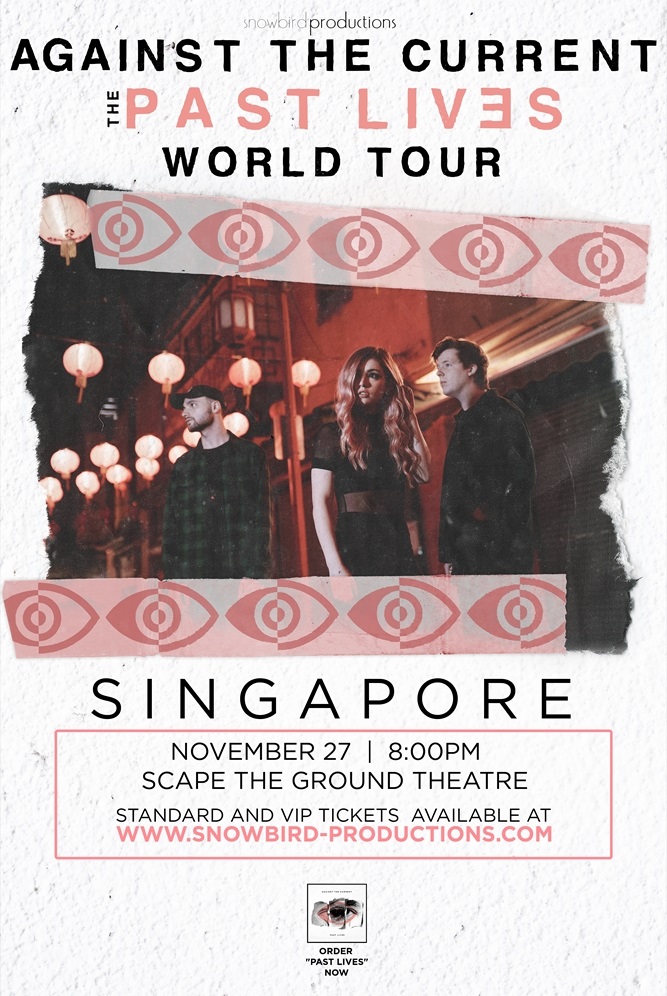