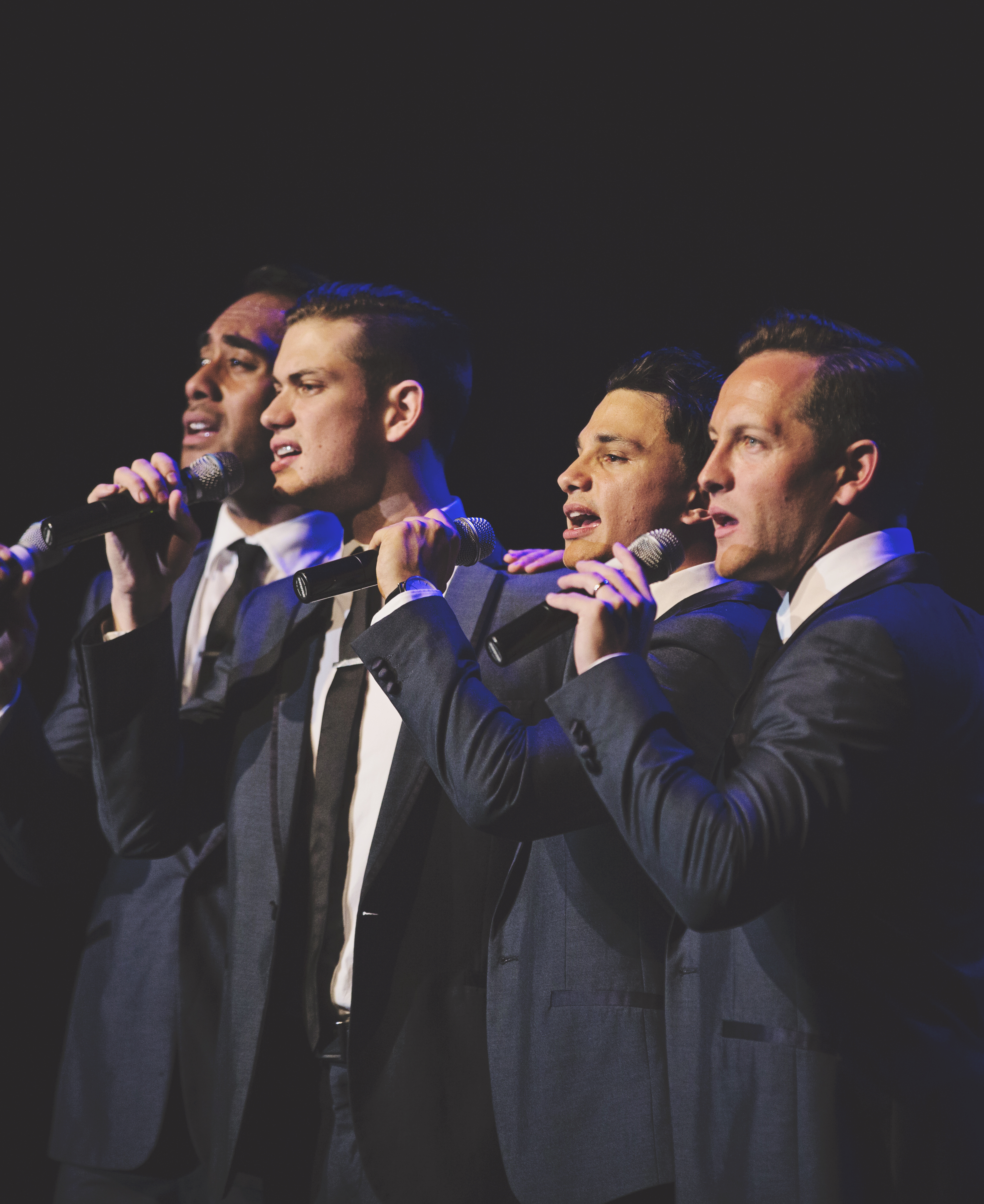 Described by audiences as “the lovechild of Human Nature and the Jersey Boys” international hit show Boys in the Band will appear at Mastercard Theates at Marina Bay Sands on April 8.

Billed as “the feel good show of the year”, Boys in the Band is a high energy concert journeying through 50 years of the greatest songs from the biggest boy bands of all time including Frankie Valli & The Four Season’s, The Beatles, Jackson 5, Bee Gees, Righteous Brothers, Beach Boys, Simon & Garfunkel, Take That, Human Nature and Backstreet Boys

Boys in the Band is a show with superstar credentials performing alongside Bon Jovi, Pharrell Williams and Maroon 5 at the 2015 Singapore F1 Grand Prix in addition to a two week season at Mandela Theatre, Johaneesburg where critics labelled them “a cut above the rest”. Hailing from Australia they have performed sell out shows across two national Australian tours including iconic venues such as Arts Centre Melbourne, Sydney Taronga and Melbourne Zoo Twilight festivals and Jupiters Theatre, Gold Coast. Avid cruisers will recognise them from special guest performances on board Royal Caribbean, Princess and Celebrity Cruises.

Produced by SMA Productions and created by industry heavyweights David Malek and Dale Burridge, the show is backed live by their own band The Players with songs including: Walk Like a Man, Sherry, Can’t Buy Me Love, Let it Be, Imagine, Blame it on the Boogie, ABC, Unchained Melody, Surfin’ USA, Good Vibrations, Staying Alive and medleys of the biggest hits the world has ever known.

Boys in the Band performs at Mastercard Theates at Marina Bay Sands on April 8, tickets are available online at http://www.sistic.com.sg/events/boys0417 and http://entertainment.marinabaysands.com/events/boys0417

For more information about Boys in the Band visit www.boysintheband.com.au 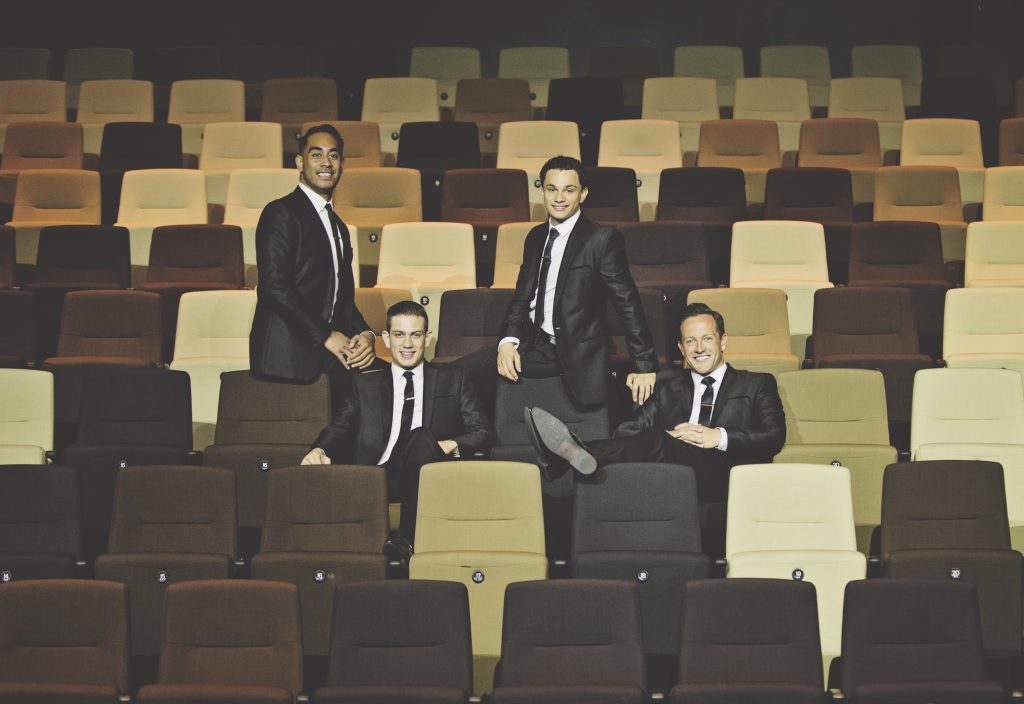 Let’s hear what heartthrobs Simon McLachlan and Mat Verevis have to say.

Mat: The show’s creators SMA Productions found us performing all over the globe, I was a finalist on Australia’s The Voice, Simon was starring in Jersey Boys, Keane was touring the world with the Ten Tenors and Nana was performing around town in the soul music scene. They brought us together because we each bring a slightly different quality to the show and we cover so many artists and musical styles like Frankie Valli, The Bee Gees, Jackson 5, The Beatles, Backstreet Boys, and Take That it really keeps us all on our toes and gives us each a special moment.

Simon: Being on the road touring away from home can be quite challenging we’ve performed right across the world at The Mandela Theatre, South Africa, at the F1 Singapore Grand Prix, and throughout Australia which all involves a lot of travel and being away from home a lot. We really try to keep healthy, look after ourselves and make a special effort to stay in touch with our families back home. That makes being on the road a bit easier.

Mat: Audiences in Singapore are AMAZING! When we performed for the F1 Grand Prix everyone went crazy taking photos and hitting up our social media.
Simon: We are really looking forward to returning to Singapore and meeting everyone, I think you can expect a lot of singing along, dancing and cheering at the show.

Mat: The show really appeals to all ages because it tells the stories of the artists we cover, so everyone has a very different favourite. Our younger audience members always go wild for Backstreet’s Back by the Backstreet Boys, the older crowd LOVE The Beatles, and the whole theatre always erupts into cheers when we do the Jackson 5 and Bee Gees songs.

Simon: If you really love performing then keep working at your craft and auditioning, don’t give up! The knockbacks can be tough but it only takes one person to say YES and give you your big break. 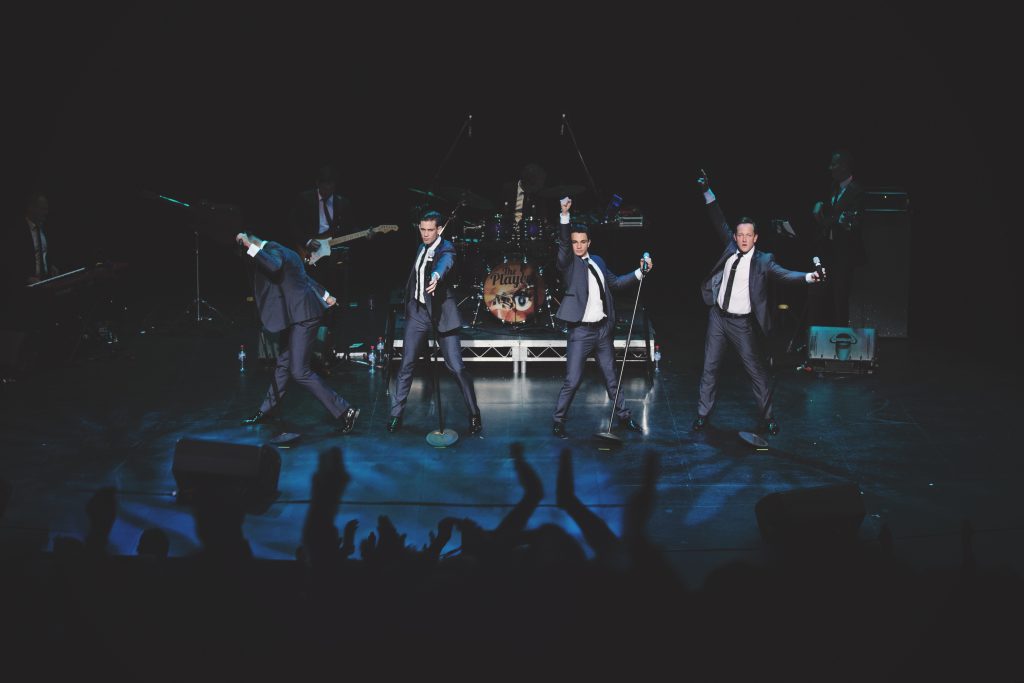