Today Google announced the opening of the Google Shophouse, an interactive pop-up where visitors can get hands on with new products Google has launched to celebrate Singapore’s 50th anniversary. The new technologies on display include a new mobile app called Singapore Time Walk, Google Cultural Institute exhibits, 360˚ panoramic views of iconic Singaporean sites, and coding camps for students.

Mr Lawrence Wong, Minister for Culture, Community and Youth, said: “In our SG50 year, many Singaporeans have shown an even greater interest to reflect on Singapore’s history, and rediscover our rich and diverse cultural heritage. Technology is a good enabler for us to do so and this Google Shophouse will allow many to have access to the Singapore Story. This is a timely initiative for our Jubilee Year and I look forward to seeing more of such public-private partnerships in presenting and preserving our heritage gems and national treasures.”

“Shophouses are a symbol of Singapore’s heritage and history. They’re charming spaces that have reinvented themselves through the years while keeping pace with the modern world,” said Joanna Flint, Country Director, Google Singapore. “So when it came to where we could celebrate Singapore’s 50th anniversary, we decided to create the Google Shophouse, a historic shophouse in the heart of Spottiswoode Park Road outfitted with new ways for Singaporeans to explore their country’s history through technology.”

The Singapore Time Walk app allows users to explore Singapore landmarks like the former City Hall and Old Supreme Court in new ways. Using the app, a visitor can pull out more information about the location, and interact with the landmark using the app to see historic images and animations of the same location overlaid on the modern view. The app was built in collaboration with the Ministry of Culture, Community and Youth, the National Heritage Board and the Urban Redevelopment Authority, who provided content and many of the images from their archives. Developed using the Google Maps API, Google is giving the app to Singapore as a gift to celebrate the nation’s birthday, and it will be further developed to feature the Jubilee Walk later this year.

“The Internet is a great platform for recording and sharing our stories, and we’re excited to be collaborating with the Ministry of Culture, Community and Youth, National Heritage Board and the Urban Redevelopment Authority on this project. The Singapore Time Walk app brings some of Singapore’s own stories to life and is a new way to explore the city’s past and present,” said Ms Flint.

At the Google Shophouse visitors can learn more about how the app works, as well as try it out for themselves using demo devices.

The National Heritage Board (NHB) is bringing a collection of paintings, photos, videos, and other cultural objects to the Google Cultural Institute to celebrate the Golden Jubilee. Among the NHB’s collections is “Great Peranakans: Fifty Remarkable Lives”, an exhibit that showcases the impact of the Straits Chinese in the growth and development of Singapore.

“Technology has truly changed our daily lives in ways that the previous generation could only dream of. At NHB, we have always believed that emerging digital platforms can enable unprecedented access to NHB’s wealth of heritage resources by individuals and communities. Google’s Cultural Institute presents us with such a platform, and epitomises what we try to achieve through our digital engagement with audiences. We are now able to tell the story of Singapore to a wider audience, and we look forward to further collaborations with Google,” said Mr Tan Boon Hui, Assistant Chief Executive, Museums & Programmes, National Heritage Board.

The Singapore Art Museum and Urban Redevelopment Authority are also joining the Cultural Institute for the first time, bringing artwork, artifacts, and stories from Singapore online.

“The oldest part of Chinatown, the Telok Ayer conservation area was where many of our forefathers first landed and settled. The Google Cultural Institute is an opportunity to bring its sights to more people. These include Thian Hock Keng Temple, one of the first stops for thankful Chinese immigrants then, and shophouses such as No. 175 Telok Ayer Street, formerly used by a paper merchant. We hope this exhibit brings deeper insight into the rich history and life of Telok Ayer’s streets,” said Teh Lai Yip, Senior Director of Conservation, URA. The URA launched “The Story of Telok Ayer”, an exhibit which explores historic Chinatown using photos and Street View imagery.

The NHB and SAM are also launching new mobile apps people can use to explore and share curated collections, as well as get directions and museum information.

The Jubilee celebrations will make their mark on Google Maps too, with over 40 new Street View locations from Singapore published on Google Maps for the first time. “With these images, Singaporeans and visitors alike can now explore iconic Singaporean landmarks and virtually experience Singaporean life — from walks through world heritage sites like the Botanic Gardens and tropical nature trails, to the historic Fort Siloso and everything in between,” said Ms Flint.

Visitors to the Shophouse over the weekends will get to peek at some of technology behind Street View, with both Google Trekker and Trolley on display onsite.

Google is supporting local educational organizations 21C Girls and Saturday Kids in providing coding camps to students in Singapore. 21C Girls is collaborating with The Keys Academy on these camps as well. “Imagination is the key to invention and innovation. We hope that supporting such coding camps for students will not just familiarize them with the tools and technology that will power the future, but also spark the imaginations of Singapore’s next generation of innovators,” said Ms Flint.

Google is also collaborating with both organizations to hold such camps at the Google office in Singapore over the course of a year. The camps will be organized and executed by 21C Girls (with The Keys Academy) and Saturday Kids.

The final exhibit at the Shophouse is a Doodle 4 Google gallery. Themed Singapore: The next 50 years, the competition encourages Singapore’s youth to imagine the country’s future and show how they think they can contribute to the nation’s continued growth. Doodles from the 25 finalists will be displayed at the Shophouse, including the winning doodle by 8-year-old Moh Journ Haydn of Beacon Primary School. His doodle will also be featured on Google’s Singapore homepage for 24 hours on Singapore’s National Day, August 9.

The Shophouse is located at 63 Spottiswoode Park Road, and will be open to the public anytime between 10am – 5pm for six days — over the weekend leading up to National Day (August 1-2) as well as the National Day weekend (August 7-10). 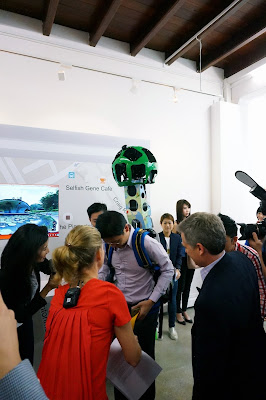 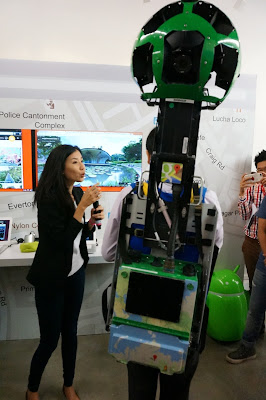 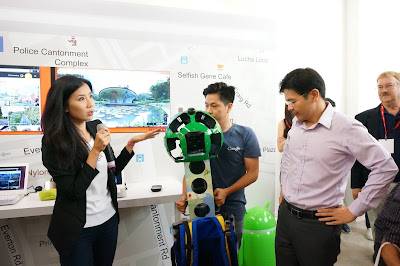 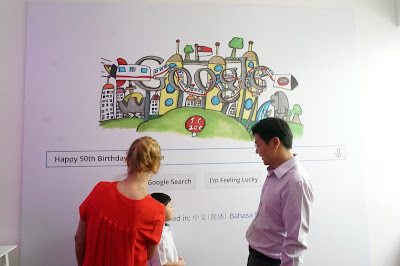 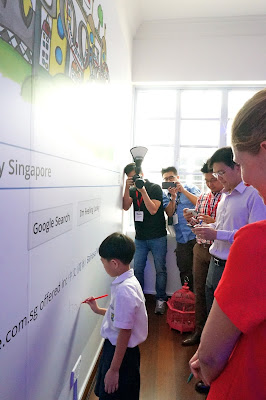 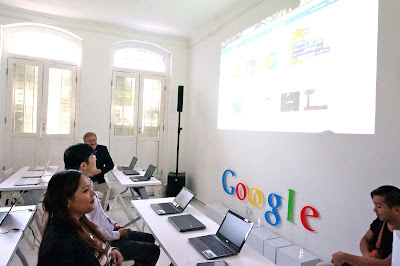 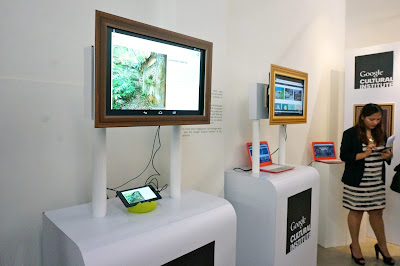 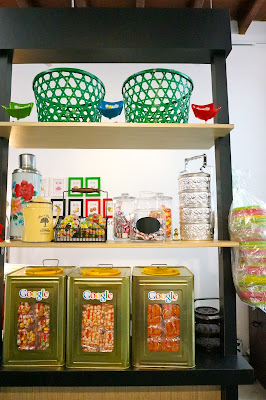 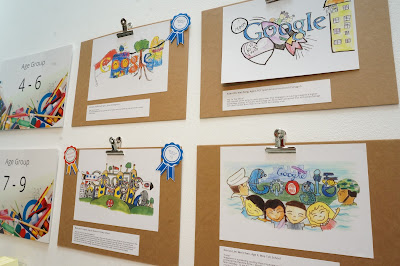 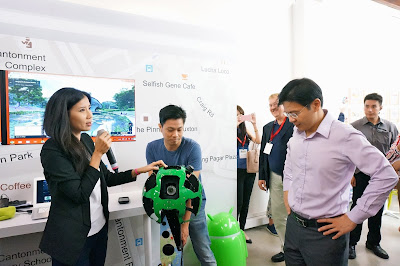 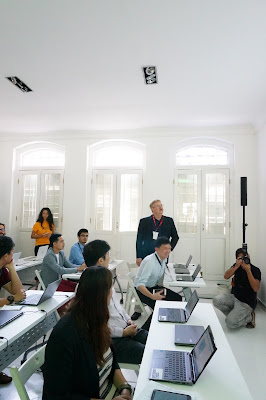 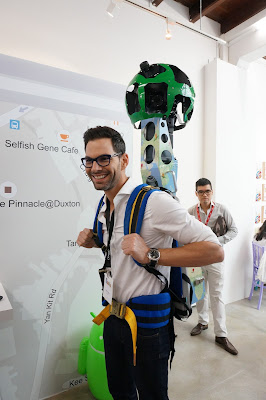 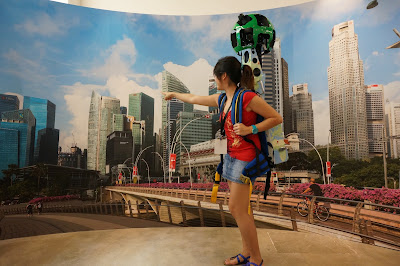 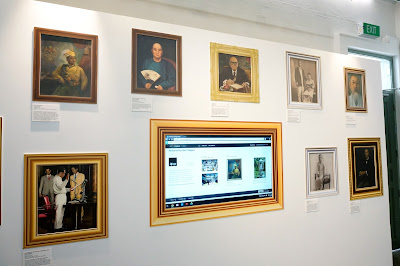 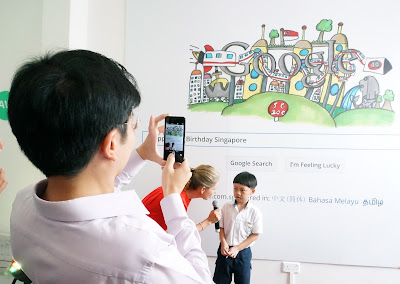 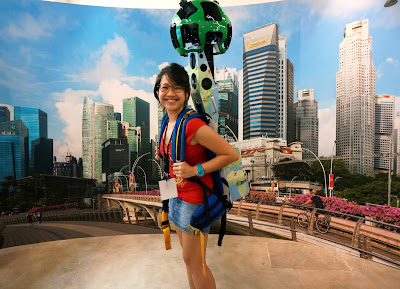 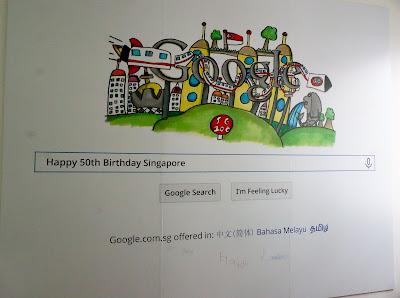 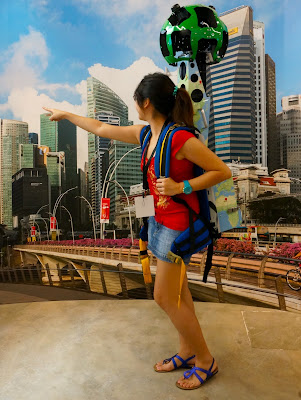