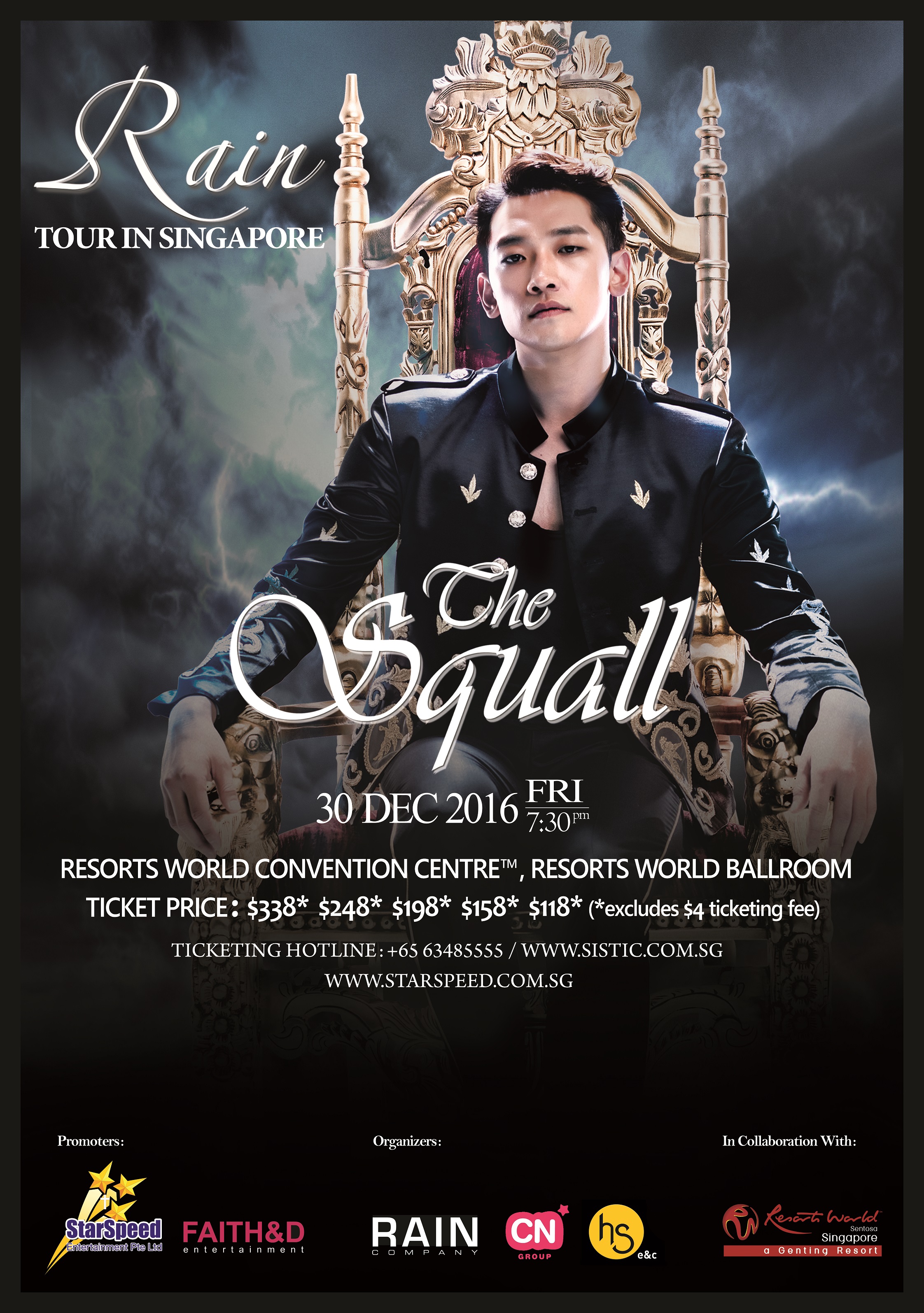 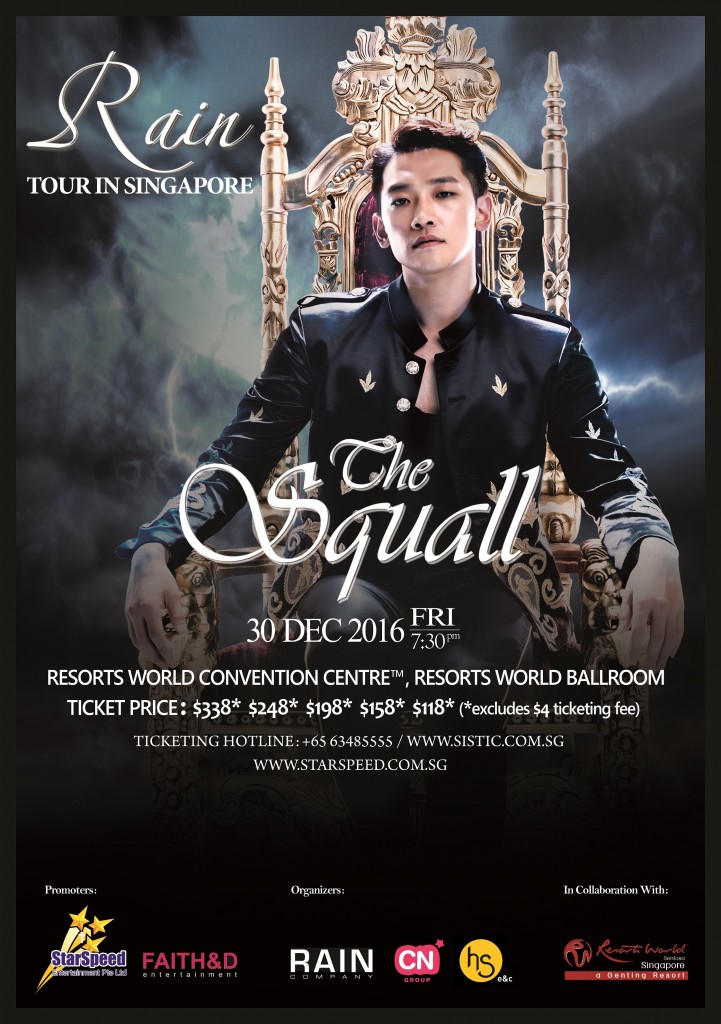 The King of Korean pop music, Rain (also known as Jung Ji Hoon), is finally staging his latest concert “THE SQUALL” at the sunny island. “THE SQUALL” is Rain’s first full concert tour since the year 2011. Rain started “THE SQUALL” concert tour in November 2015 and, to date, he has performed in 18 cities across Asia.

Rain received rave reviews for “THE SQUALL” at every city that he performed. His ability to deliver a spectacular performance through his music, dance, energy, and connection with audiences confer him the best of the best in the Korean music industry. Many who attended “THE SQUALL” concert at various cities were in awe. When the news of “THE SQUALL” tour in Singapore was first released on the organizer’s Facebook, Ms Irene Soh, a Singaporean concert-goer who saw “THE SQUALL” concert in Malaysia commented, “The concert worth every penny, enjoyed every of his performance. Must go and watch”. Yes indeed! Whether you are a fan of Rain’s music or not, you are bound to be captivated by the superstar’s world-class performance and will enjoy every bit of the concert.

Singapore fans will be glad to know that the production of “THE SQUALL” tour is customized in accordance with the show venue, without compromising the concert tour’s overall concept and key elements. Therefore, expect a tailor-made “THE SQUALL” in Singapore. End the year 2016 on a high note with RAIN!