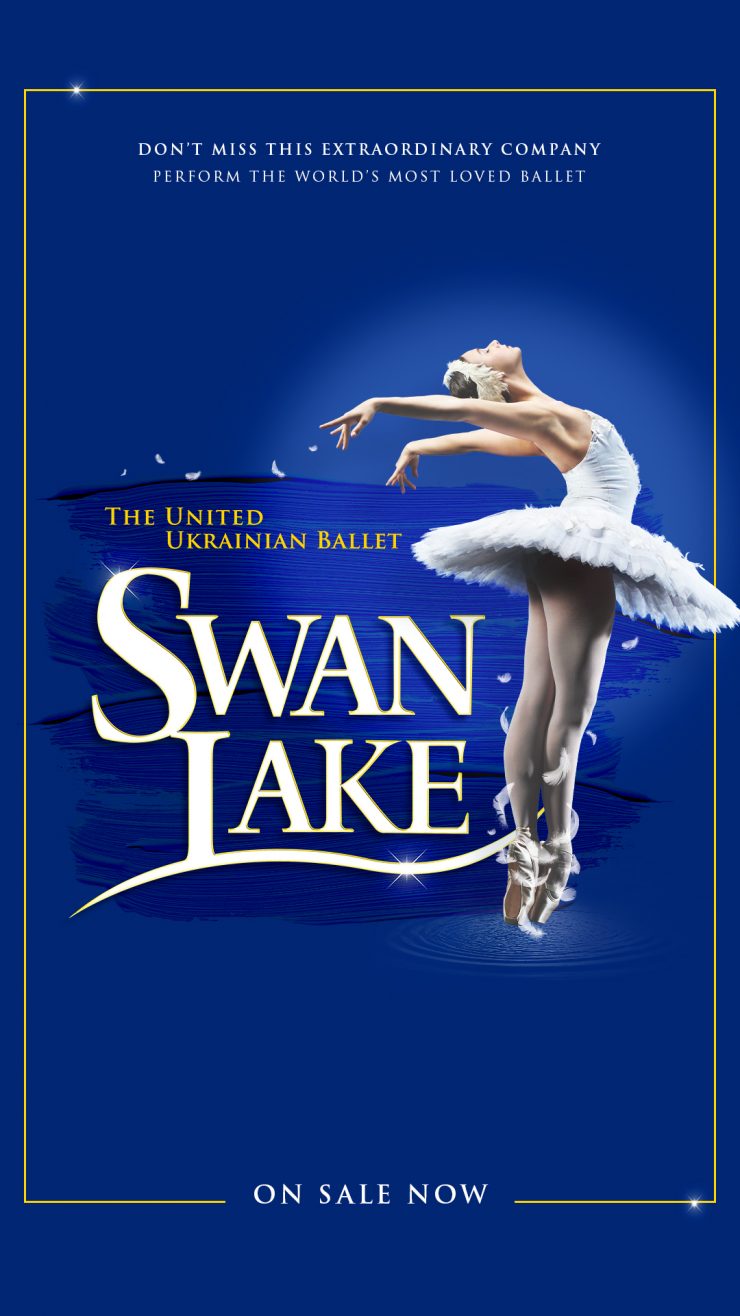 The United Ukrainian Ballet is coming to Sands Theatre at Marina Bay Sands from 13 to 15 October to stage the world’s most loved ballet, SWAN LAKE. Supported by Base Entertainment Asia, tickets are now on sale at MarinaBaySands.com and SISTIC.

The United Ukrainian Ballet brings together award-winning dancers from Ukraine’s finest ballet houses including The National Opera of Ukraine, Kharkiv Opera Theatre and Odessa Opera and Ballet Theatre. Each member of the Company has their own story of how they escaped the ongoing war in their homeland to reach safety and join the Company. Under the artistic direction of Igone de Jonge, former prima ballerina of the Dutch National Ballet, the Company has been living and rehearsing together since fleeing Ukraine.

With breathtaking scenery, magnificent costumes, sublime music and a deeply moving story, SWAN LAKE is a highly-acclaimed ballet that continues to thrill audiences and draw praise from all the world. Originating from the first immortal bars of Tchaikovsky’s score, the ballet will transport the audience to another world with this classic tale of good triumphing over evil. Featuring Prince Siegfried’s love for the Swan Queen Odette, the unforgettable corps de ballet moving in magical unison, glimmering swans and spectacular ballroom scenes, this glorious tale will also, inspire awe and wonder.

Based in The Hague, Netherlands, The United Ukrainian Ballet lives and works at the former Royal Conservatoire building which was given to the Company through the generous support of local businesses and the Netherlands government.

Ahead of their Singapore season of SWAN LAKE, the Company of more than 50 are preparing for upcoming performances at the Royal Theatre Carré in Amsterdam and the prestigious London Coliseum.