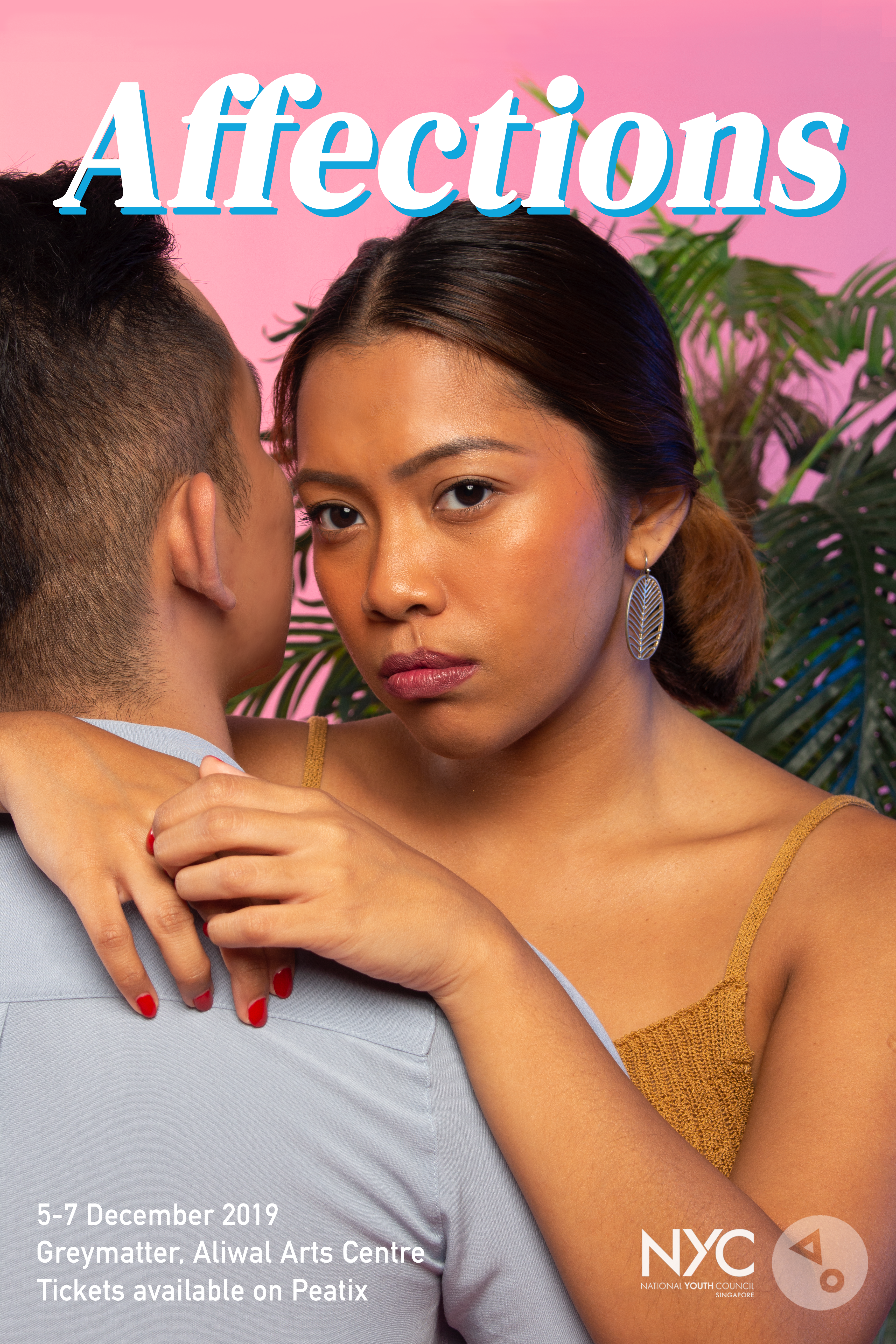 Janiqueel learns that it is about love, Baby!

I love theater. I love sitting in an audience and having the actors right there, playing out what it means to be a human being.

There’s something new to the theatre scene in town, and it’s just in time for the holidays. Having formed an ensemble group, Assembly Point, a group of young actors has wasted no time in launching their debut production, Affections. “Come with an open heart and mind, and be ready to laugh or maybe cry a little.” so says Tia Andrea Guttensohn, Engagement Director for Assembly Point.

Affections is about love and it’s multitudinous permutations. It’s fun, no doubt, while at the same time picking at more serious emotions beneath the superficialities of new love, old love, off-the-wall love, and pretty-darned-serious love. Janiqueel asked Ms. Guttensohn to what “self-directed” in the press release referred.

Affections is a self-directed piece as our Artistic Director, Jeramy Lim, is both directing and acting in the show. He’s the playwright, too! It’s been a crazy ride for him, but he’s becoming an expert at swapping hats.

Why is the acting cooperative called “Assembly Point”?

We wanted something along the lines of gathering for a common purpose, which was what we had been doing as an ensemble. The name “The Assembly Point” was chosen to represent a “coming together” of ourselves, our collaborators, and our audiences.

Who are the collaborators?

The Assembly Point sees our coming together as a collaboration in itself.

On Affections, we’ve had the pleasure of working with Cheryl Tan Yun Xin, our Assistant Director, and Aricia Ng, our Production Stage Manager, who have both played integral roles in the conception of this piece. They have been nothing short of awesome in bringing the show together.

All our collaborations aim to incite mutual growth and creativity and to harness the power of unified voices towards a common vision.

Following seven characters as they grapple with their own emotions and those of significant others, the play is rife with local references and color. A new bride wondering if she has made the right decision; a man visiting Bali NOT wanting to fall in love; a chanteuse giving new life to familiar love songs –  all are part of Affections.

It’s a perfect holiday fare. Be brave – see it with someone you do (or might) love!.

Affections runs from 5th to 7th December 2019 at Greymatter at Aliwal Arts Centre.

Writing and research help from JKJ