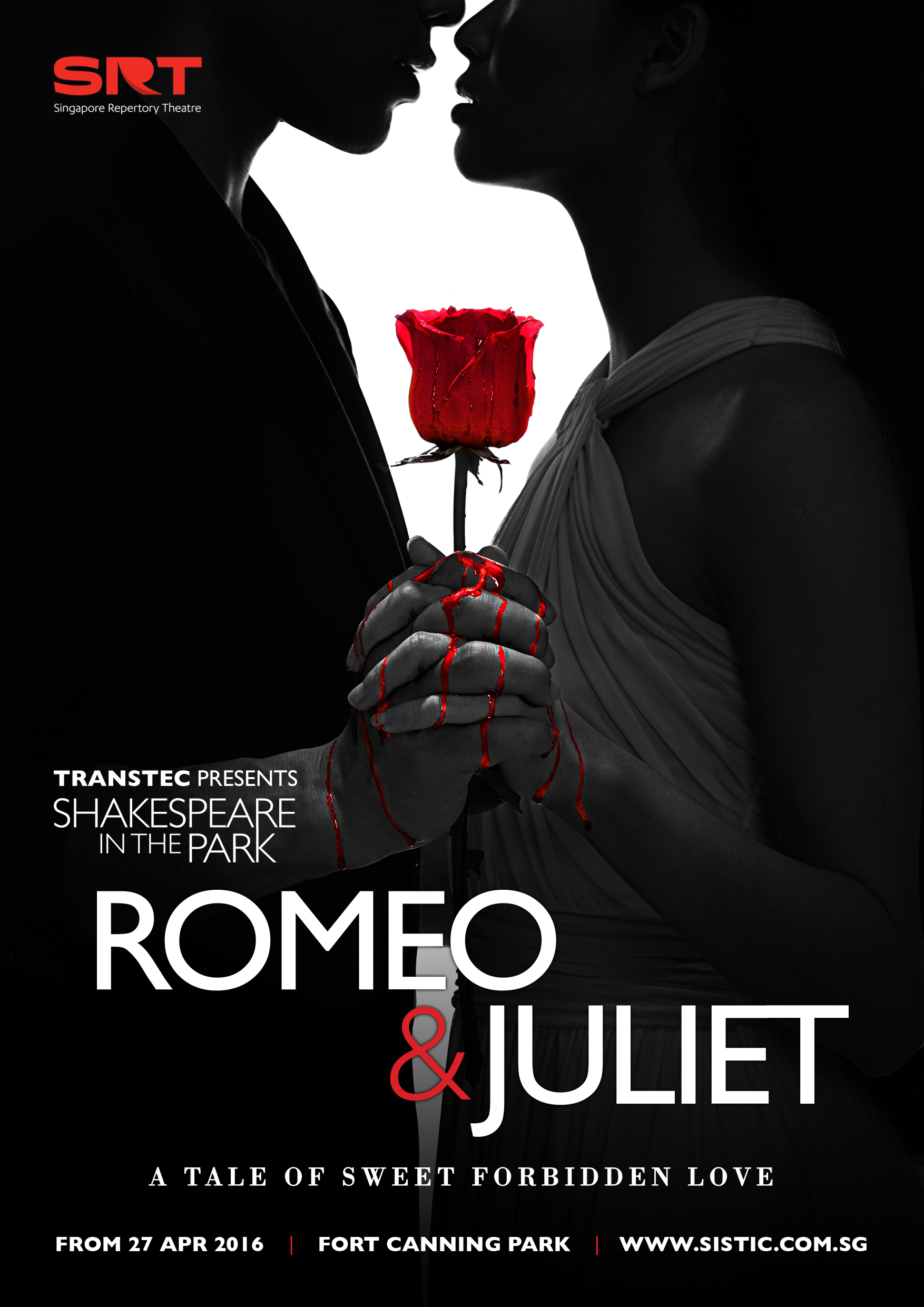 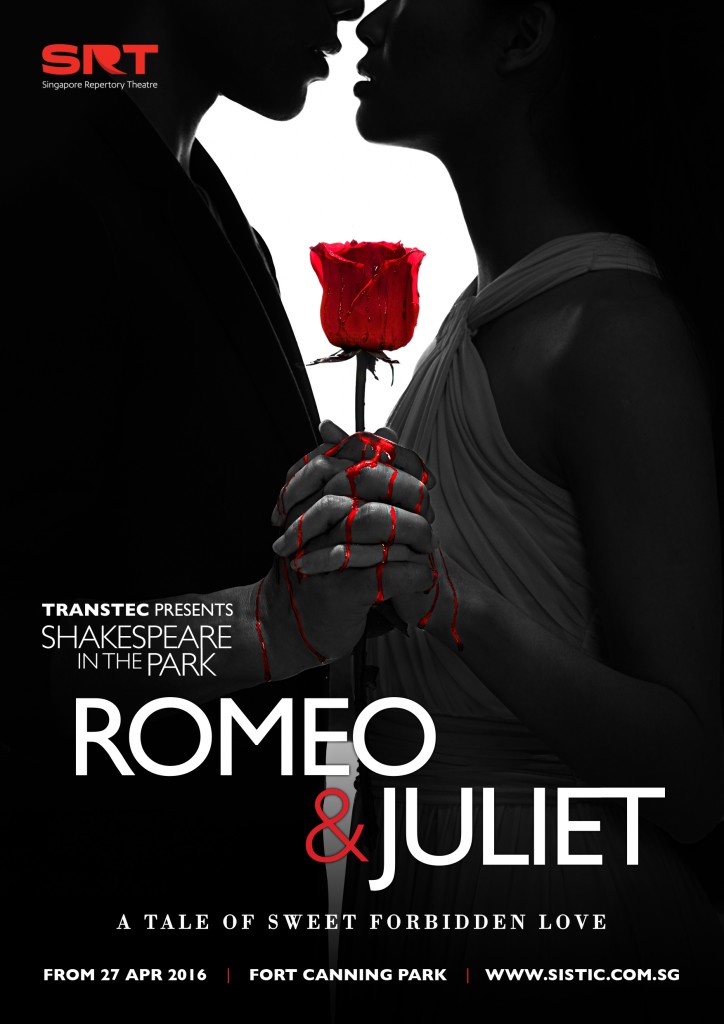 Singapore Repertory Theatre is proud to present Romeo & Juliet as the ninth production in our Shakespeare in the Park series. Some past productions from the series include The Tempest, The Merchant of Venice, Othello, Twelfth Night, Macbeth, A Midsummer Night’s Dream and Much Ado About Nothing.
2016 is an extra special year for Shakespeare in the Park, as the world marks the 400th death anniversary of William Shakespeare with celebrations of his life and works. To join in on the celebrations, SRT has chosen to stage what is probably Shakespeare’s most well-loved play, which has had a profound influence on music, film, theatre and debates over the years.
SRT’s production of Romeo & Juliet will be the biggest Shakespeare production in this part of the world in 2016. It will be a stunning contemporary production created by some of the best theatre practitioners on and off stage.
“Our production of Romeo & Juliet focuses on the breathless quality of the play, of love tragically cut off before it ever really begins. Set in a modern dystopia, our production presents a heartbreaking tale of forbidden love, fatal choices and passion bigger than life itself. Come to the park to recapture the feeling that never leaves you: first love.” – Daniel Slater, Director of Romeo & Juliet
The annual tradition of Shakespeare in the Park attracts up to 30,000 people from all walks of life and is an anchor event in the cultural calendars of many. The young lovers will be portrayed by Thomas Pang (Tribes) and Cheryl Tan (Beauty World and Red Riding Hood), with Remesh Panicker, Shane Mardjuki and Daniel Jenkins in other leading roles.