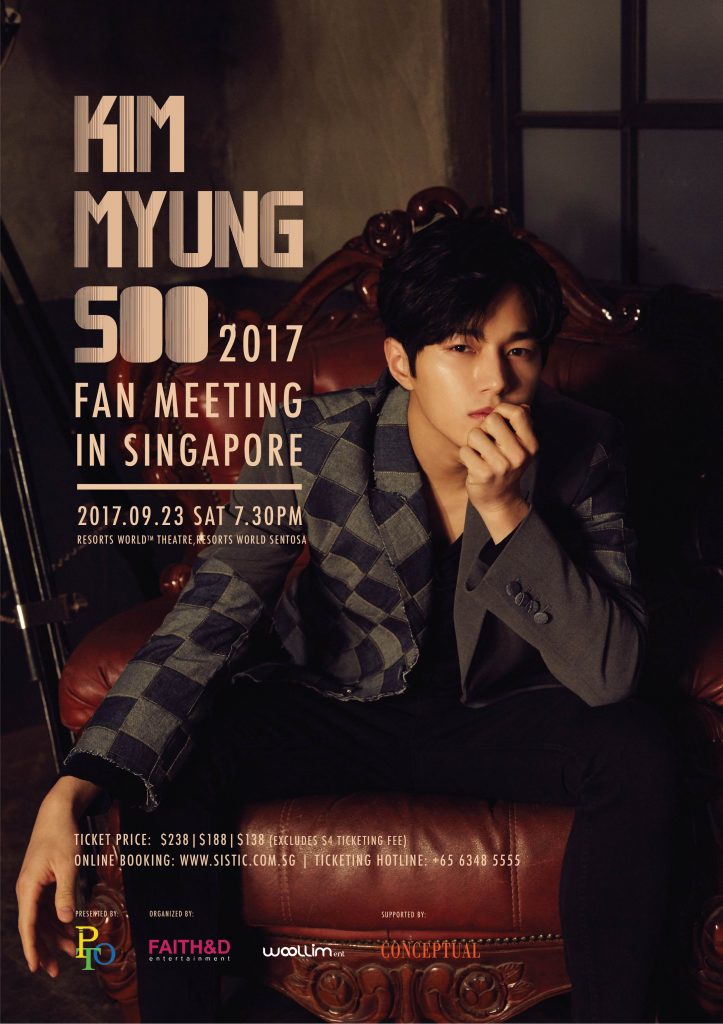 Kim Myung Soo debuted in 2010 together with Infinite which is one of the most successful Kpop boy bands well-loved across the globe. Kim Myung Soo steals the hearts of many Korean music fans with his exceptionally good looks and impressive singing and dancing skills. He expanded his career as an actor in 2011 and his foray into acting helped build his image as a diversified and talented artist. His popularity continues to soar with each acting role that he took on, especially the most recent hit drama “The Emperor: Owner Of The Mask” that garnered him numerous rave reviews for his role as the stand-in king. MBC, the broadcasting station shared with media that the drama topped many viewers’ rating charts because of Kim Myung Soo. They honored him with the title of “June’s Actor of the Month” for his amazing acting and achievement.

Fans will meet the idol up close at his fan meeting. Kim Myung Soo will showcase the best of himself as a singer and actor which fans never got to see. He will be sharing his innermost thoughts and feelings with his fans. Expect a love-filled evening with surprises, fun and laughter.