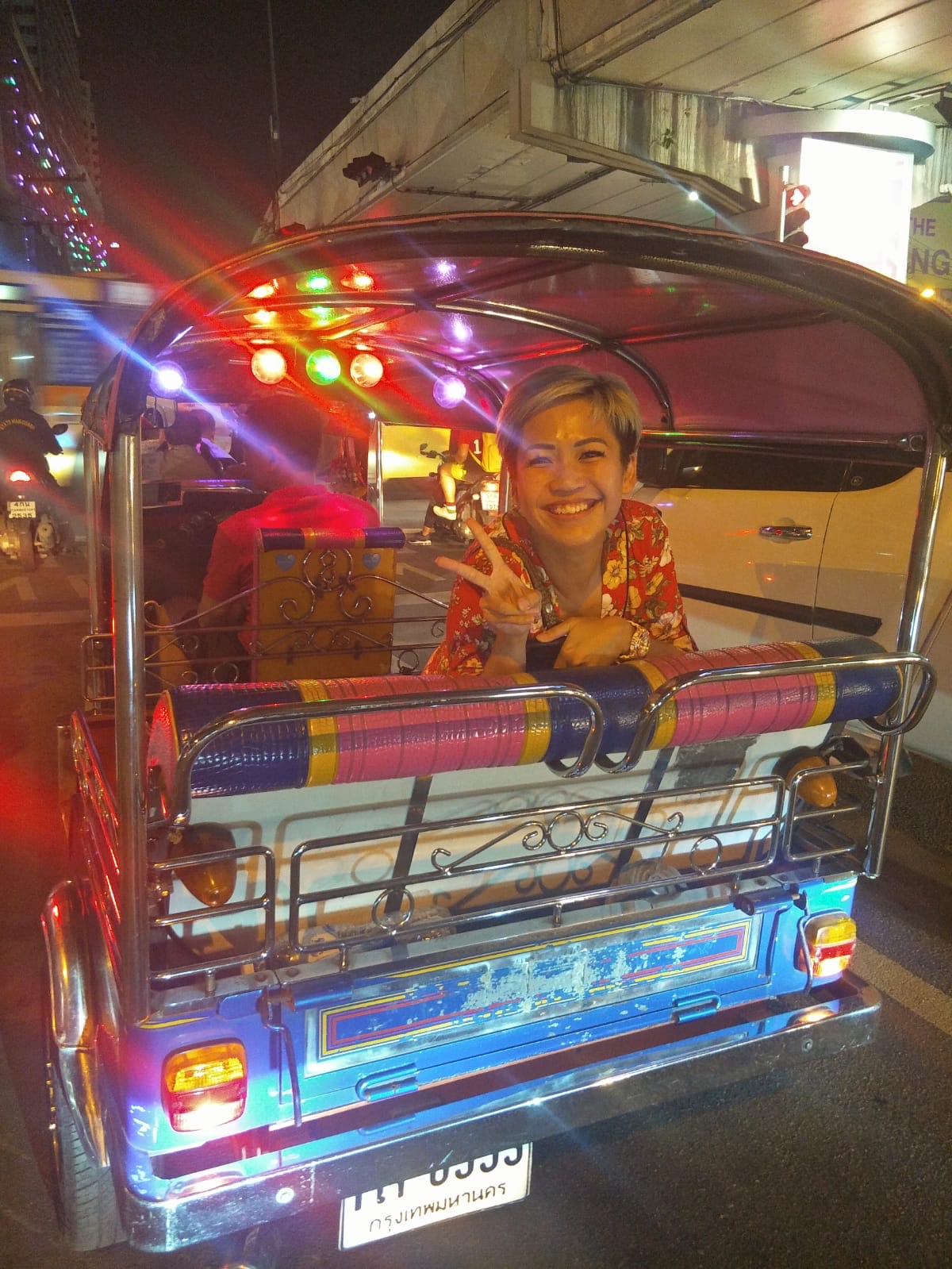 Janiquel takes a friend along on an evening street food tour to remember.

Thai food ain’t about simplicity. It’s about the juggling of disparate elements to create a harmonious finish. Like a complex musical chord it’s got to have a smooth surface but it doesn’t matter what’s happening underneath. Simplicity isn’t the dictum here, at all. Some westerners think it’s a jumble of flavors, but to a Thai that’s important, it’s the complexity they delight in.

While in Bangkok for a short break before her wedding, my friend, Sara, and I wanted an adventure and we wanted it to revolve around eating. Voila – WITHLOCALS private tours in Bangkok! Withlocals is a platform that connects locals with travelers. In Bangkok alone, there are a tempting array of food tours:

Because it met our time-table and because we just couldn’t decide among the choices, we flipped our mental coins and went with Bangkok’s Evening Food Tour – 10 Tastings. We were not disappointed and, believe me, we were NOT hungry at the end of the tour. If you don’t believe me, ask Sara. She always tells the truth. Right, Sara??

Sammy was our guide and he was terrific. Personable, knowledgeable, hip to Bangkok’s street scene, and proud of his city, his country, and the food that is synonymous with a true Thai travel experience. That’s what Sara and I were after — a true Thai travel experience. Sammy met us near Chit Lom BTS station, a short hop from the station nearest our hotel, Phloen Chit. There he was, fright on time and ready to roll through the evening streets where the portable food stalls were being wheeled out of their day-time abodes onto the street margins, now fairly quiet (by Bangkok standards) but soon to be a bustling food marketplace for tourists and locals alike. Assured that we were, indeed, hungry and ready to roll, Sammy laid out a plan accurately laid out on WithLocals

Made from fermented rice noodles topped with various curries. This dish is one of the most popular dishes among locals

With either mango or mixed fruit, topped with garlic, chili, and lime

A beloved dish, this spicy and sour soup mixed with Thai herbs and lime is a treat for all spicy food lovers

Get a tasty refreshment before continuing your food adventure

The most popular dish among Thai people, unique because of Thai holy basil which is hard to find outside Thailand

Get a taste of Thailand’s delicious exotic fruit

Get a break after the tour with a nice cold drink and get extra culinary tips from your host before saying goodbye.

Before setting out, and often during the three-hour tour, Sammy pointed out local shrines and landmarks that gave color to our evening sojourn and provided a glimpse into the lives of the eponymous locals, like Sammy himself.

The food to which Sammy introduced us was a nice blend of savory and sweet. Sammy was eager to describe the ingredients of each dish as were the local vendors with whom Sammy was well-acquainted. At the end of the tour, over the “nice cold drinks” from the list, we wrapped up the tour with a good chat about what we had seen, done, and TASTED. Happy that we had followed pre-tour advice to arrive with empty tummies, we went home to our cozy hotel vowing never to eat again.