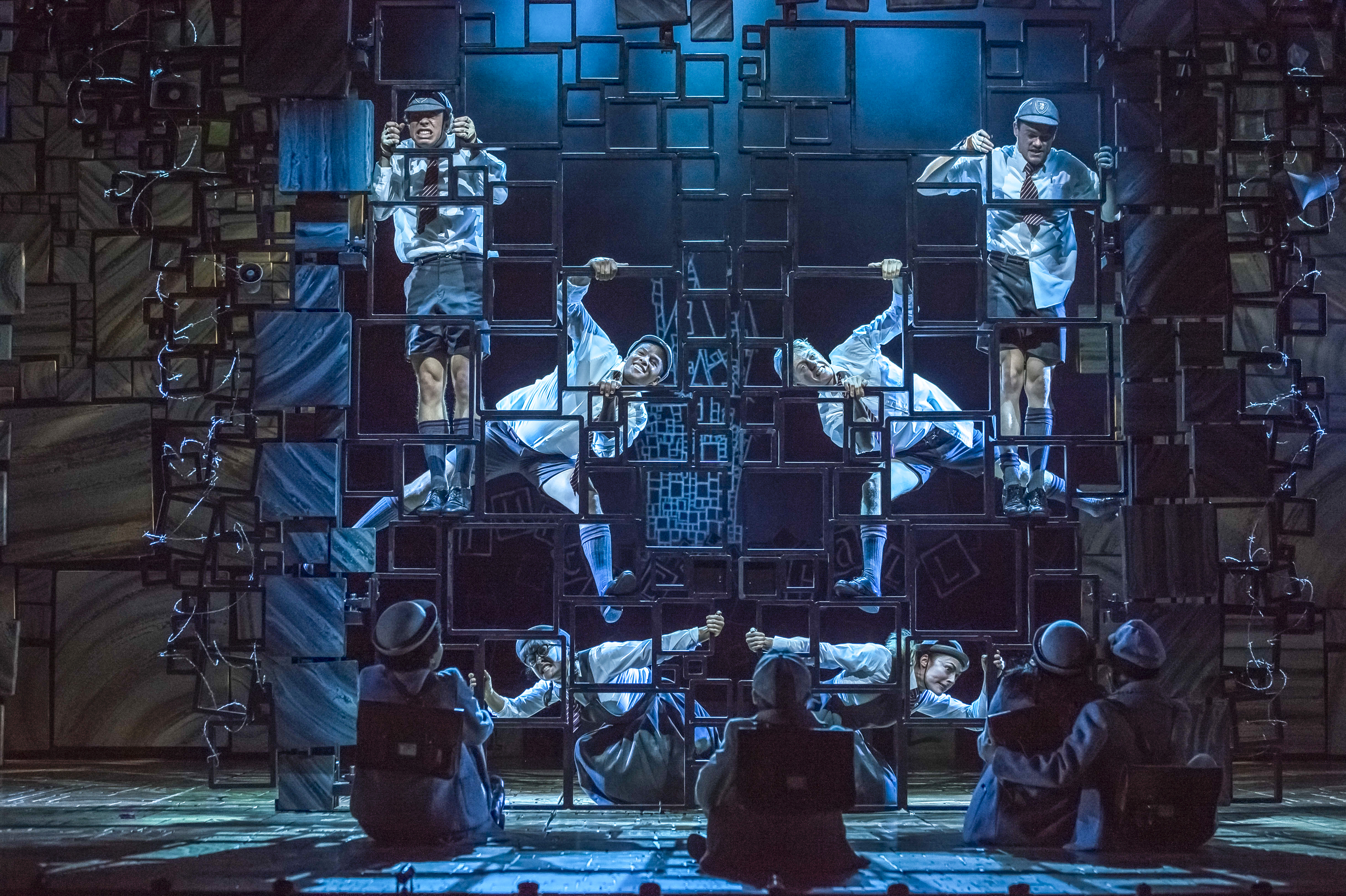 The rollicking musical version of Roald Dahl’s iconic novel must be seen to be believed.

Matilda said, “Never do anything by halves if you want to get away with it. Be outrageous. Go the whole hog. Make sure everything you do is so completely crazy it’s unbelievable…

A dysfunctional family, a bullying teacher, tawdry business deals, a ne’er-do-well sibling, and the glorification of cheap television – the stuff of which a colorful, funny, lively, musical is based – right? Ironically it works thanks mainly to a smart, savvy, articulate, charming main character – MATILDA and superb stage production. Like Roald Dahl’s off-the-wall novel on which it is based, the musical appalls and charms in equal measure. How do they do that? 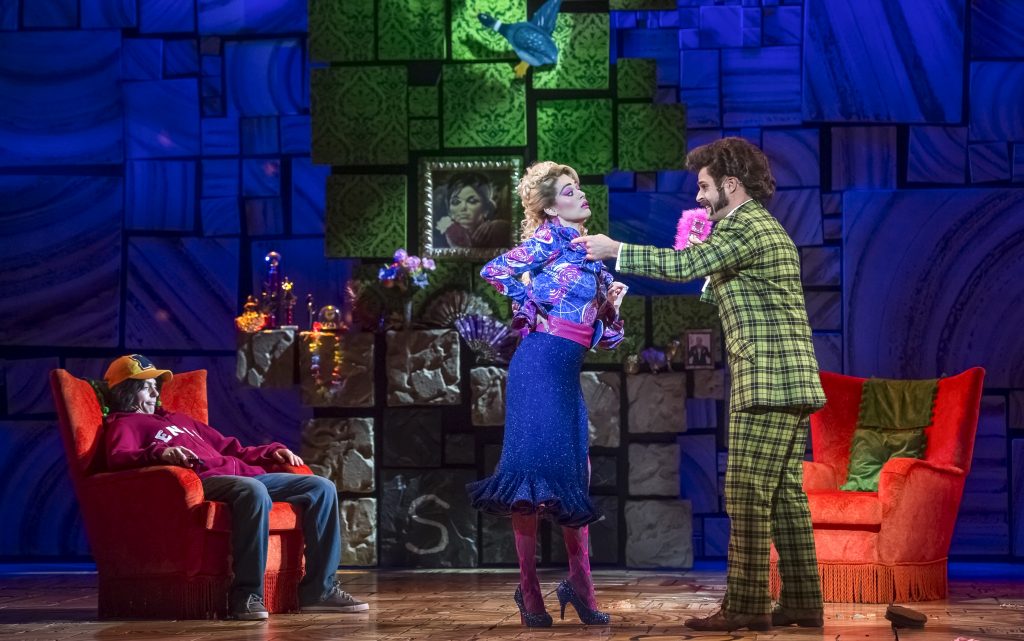 A fascinating backstage tour supplied part of the answer. The set, framed by giant Scrabble-like tiles that flies and rolls to accommodate the action of the Wormwoods (Matilda parents) home, the classroom where the diabolical Miss Trunchbull rules with corporal punishment and dire threats – of, notably, the “Chokey” a torture chamber where the naughty are sent to repent – and a playground with giant swings providing the surrounding for one of the spectacular songs. Considering that the cast is comprised of 30+ actors, and a crew of similar number, the production must work like an intricate machine as sets fly, and actors run and jump around with seeming abandon. Costumes and props are strategically placed to be immediately accessible to the cast members as they tear around on and off the stage. The whole thing – props, scaffolds, tables, chairs, school desks, swings, fences – was packed up and flown to Singapore as it will when this gig ends and it moves on to China. 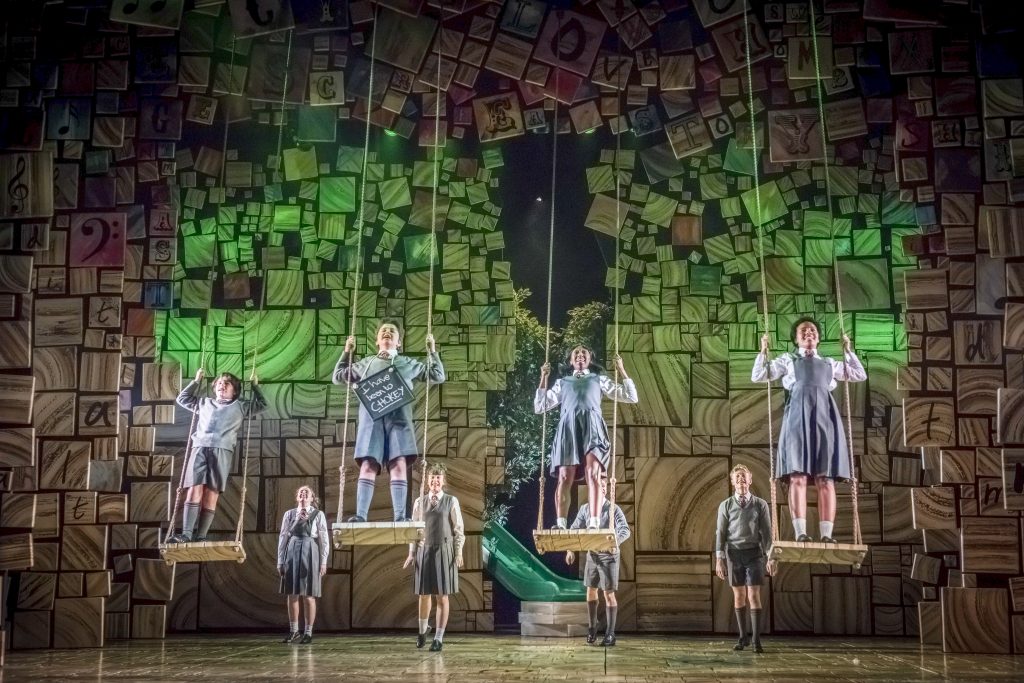 The rapidity with which scenes and characters are changed produces a madcap rhythm to the action that matches the absurdity of the plot. That plot is driven by outlandish, cartoon-like characters wildly attired in costumes that echo the wildness of the wearers. The Wormwoods and Miss Trunchbull succeed as characters because they are the direct opposites of what modern sensibilities expect of parents and educators. Matilda’s parents are seriously anti-books. Television, they preach in words and song, is the answer to well-rounded character development. Spoiler alert, especially to any librarians in the audience, a book is cruelly torn asunder at one point. The audience audibly gasps. 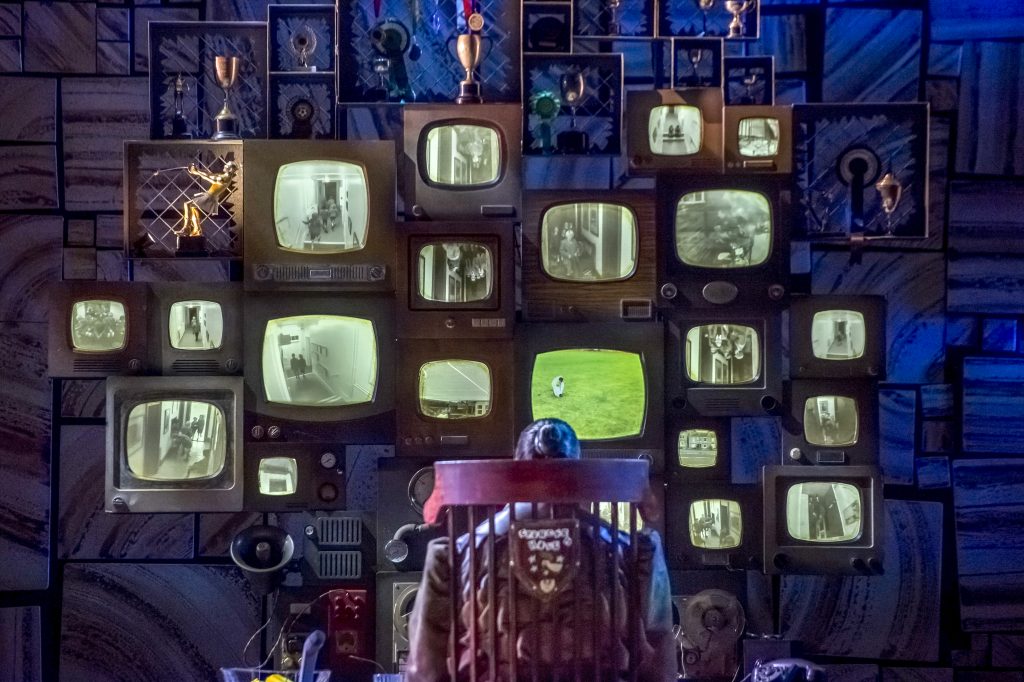 Miss Trunchbull is a force of nature. She commands the stage with her large (she is played by a male actor) loud presence. She moves like a ship – powerfully unstoppable – intimidating anything in her path like students who she enjoys punishing even if they have not sinned. Seldom has the musical stage seen as reprehensible a character a Miss Trunchbull. Her looming presence, when next to the tiny Matilda is fear and threat personified. For all the abysmal parenting and seriously flawed education, though, Matilda, despite her diminutive stature, stands tall against the elemental force aligned against her. How doe she do it? I’m not telling. Matilda the Musical is at the Sands theatre until 17 March.

Although the character will, thankfully, never age, Matilda, the book, is thirty years old. Quentin Blake, one of the original illustrators, speculates artistically on what she might have grown into and gives readers a chance to provide their own educated guesses become at https://www.bbc.co.uk/newsround/47333134

TICKET PRICE:
From $68*
* Excludes the booking fee of SGD$4 per ticket

Written with the help of JKJ