Skip to content
A wedding, a Funeral and Lucky the Fish opens in an average middle class Singaporean Chinese home with a couple and their teenage daughter.
This is a play showcasing the intricate relationship (or lack of one) between a Singaporean Chinese family of two young ladies (Seraphina and Xin Ru), their mother (Ma) and Seraphina’s obnoxious white boyfriend Alistair. Set in a typical Singapore household set with minimal props, we are taken on a journey from two deaths to a reunion.
The very modern and chic Seraphina brings in Alistair from the UK for a simple ‘tea ceremony’ which of course in reality is no ordinary tea ceremony but is in fact a Chinese wedding. In no time Alistair figures that he isn’t here for tea, but is now being coerced by Seraphina to get them married.
The story takes a turn when each one of them visit the father’sroom to discover that he has peacefully passed away in his sleep but decide to keep mum for their own personal agendas. Dora Tan has managed to cradle the death of a family member into a more lighthearted comedic offset by the other three members in the house without any morbidity, keeping in line with the theme of the play.
Lucky is the fish that the family has had for years in their home. When the fish bowl is accidentally knocked over, Alistair tries to salvage the fish by being quick in his thinking and puts it in the first water body that he finds – the toilet bowl. Little does he know that this odd Singaporean family has got an automatic flush system.
As the plot develops further, the intricacies and emotions of the characters flow over one another, with each bringing their own set of personal difficulties and blames on one another. Xin Ru’s jealousy of her older and more beautiful sister surfaces while Seraphina’s ambitions to be with a rich husband come to light. As the blame for each of their problems shifts over to Ma, she too discloses the difficulties she has faced in her married life.
In the last scene, the play sums up to showcase more than just problems, but issues that plague many couples in Singapore, namely infidelity, jealousy and independence. As Seraphina and Xin Ru rest their heads on Ma’s shoulders and drift into thought, we are left with a lingering feeling; we all want the same out of a relationship – stability and commitment. We all want the same but we are looking for the different.
This play is definitely worth a watch if one would want to get in touch with this side of Singaporean women especially who are tied between the East and the West.
Daniel Jenkins does a splendid job in portraying his role of an obnoxious typical angmoh out of touch with Chinese tradition. Zelda Ng, deserves more credit for flawlessly presenting her character, in the process doing justice to the sentiments attached to her role. Without holding any emotions back and with her amazing stage presence, she has definitely won us over with her influential act.
Stand Behind the Yellow Line is about a homeless mother of a young teenage boy (Isaac Ong) who is longing to see her son after he was taken away by the Policeman (R. Chandran). He decorated their homeless corner with some graffiti art on the charge of vandalism of state property.
As the days pass and she is sitting restless at her makeshift ‘home’, Mo (Jean Toh) walks in on her resting in the corner in her tattered clothes and offers her a box of donuts. Mo too is taken away by Policeman on the pretext of ‘illegaly trading goods’ without permission. Rules are rules are rules he re-iterates over.
When in jail, being subject to many rules and lack of flexibility or room for exception brings up many questions of the relevance of certain rules and the need for them in modern society and how these have impacted youth, family and society.
The Minister is shown many times on the stage screens addressing the people of his regime, enforcing conformity and brainwashing its citizens to cast their votes in his favor.
Towards the end, it is unveiled how the Minister(R. Chandran) himself is someone who has his own past share of difficulties with the law and how he is now in a powerful position yet chooses to play deaf to the cries of those seeking help (i.e. everyone else on set).
Though too extreme, one may draw certain comical resemblance to Singapore where strict rules such as no drinking or eating sweets in the MRT are being enforced. Again, in any case, rules are rules.
Stand Behind the Yellow Line is a highly amusing and inventive spin on the restrictions that would place in a highly tied up dictatorship-like regime where ‘rules are rules are rules’ and there is no room for any exception.
Doing justice to the homegrown playwright scene, both of these impactful plays leave the audience with lingering thoughts on our individual pursuits in life and what expectations (or restrictions) society places on us. 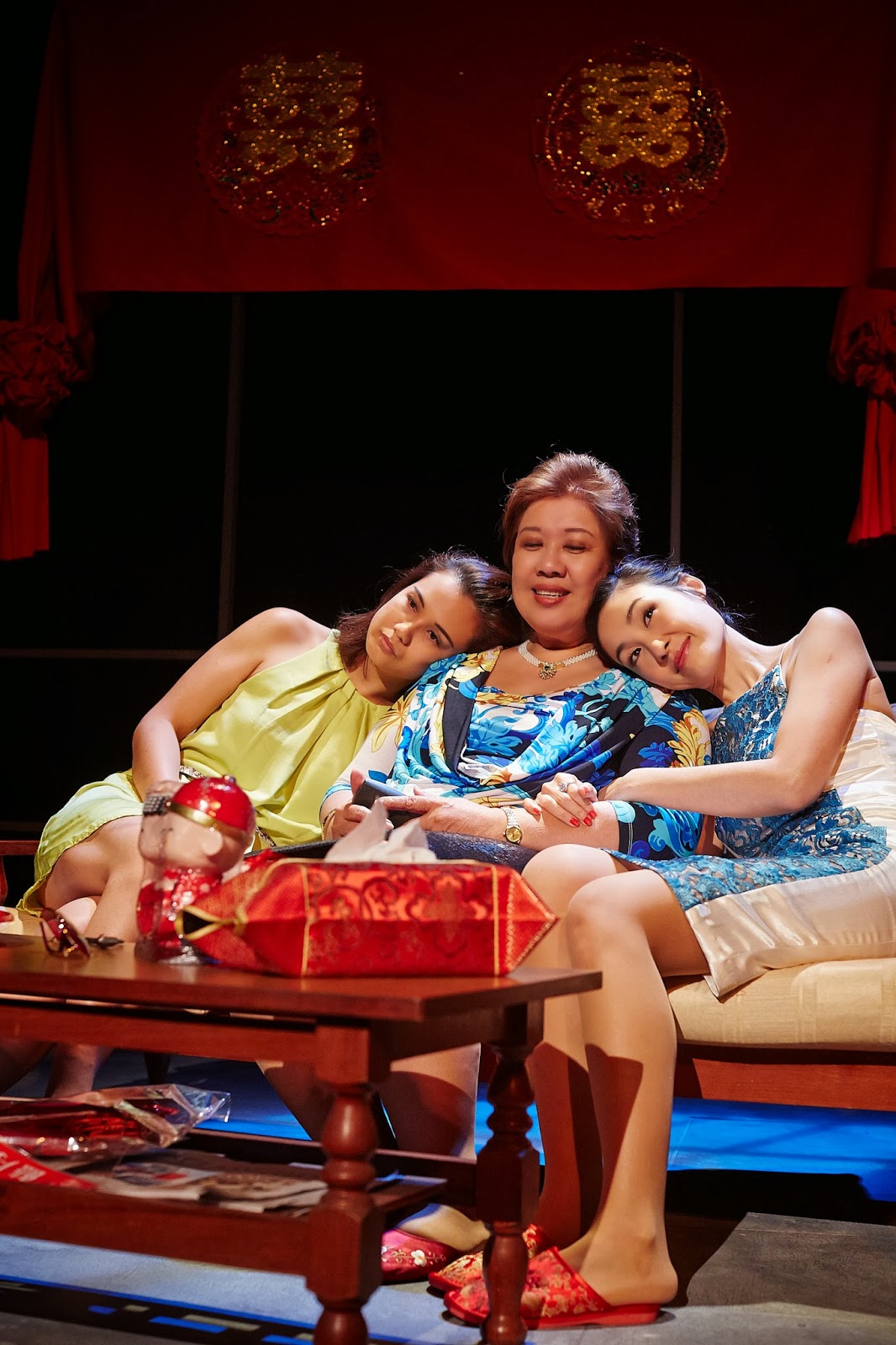 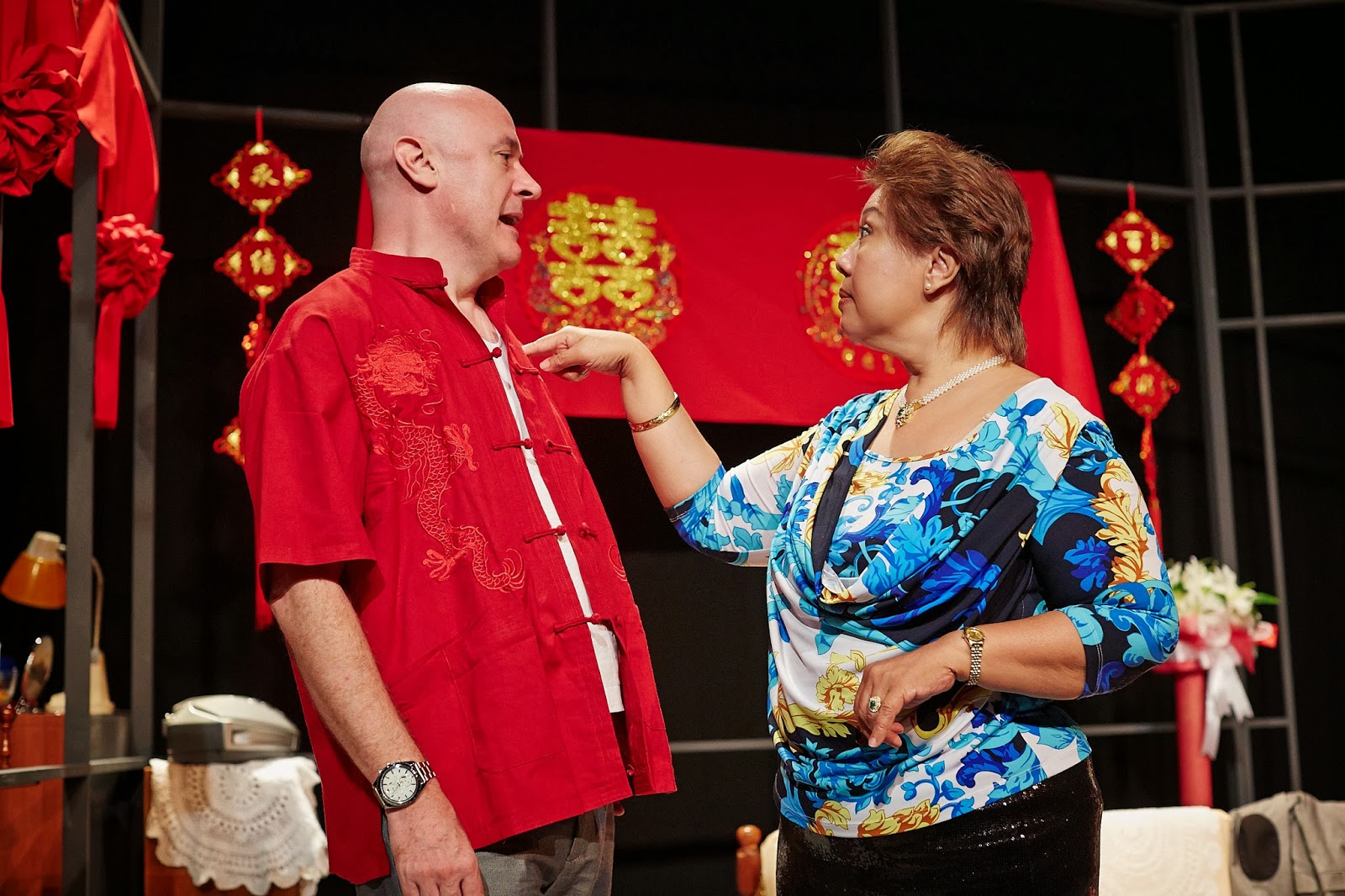 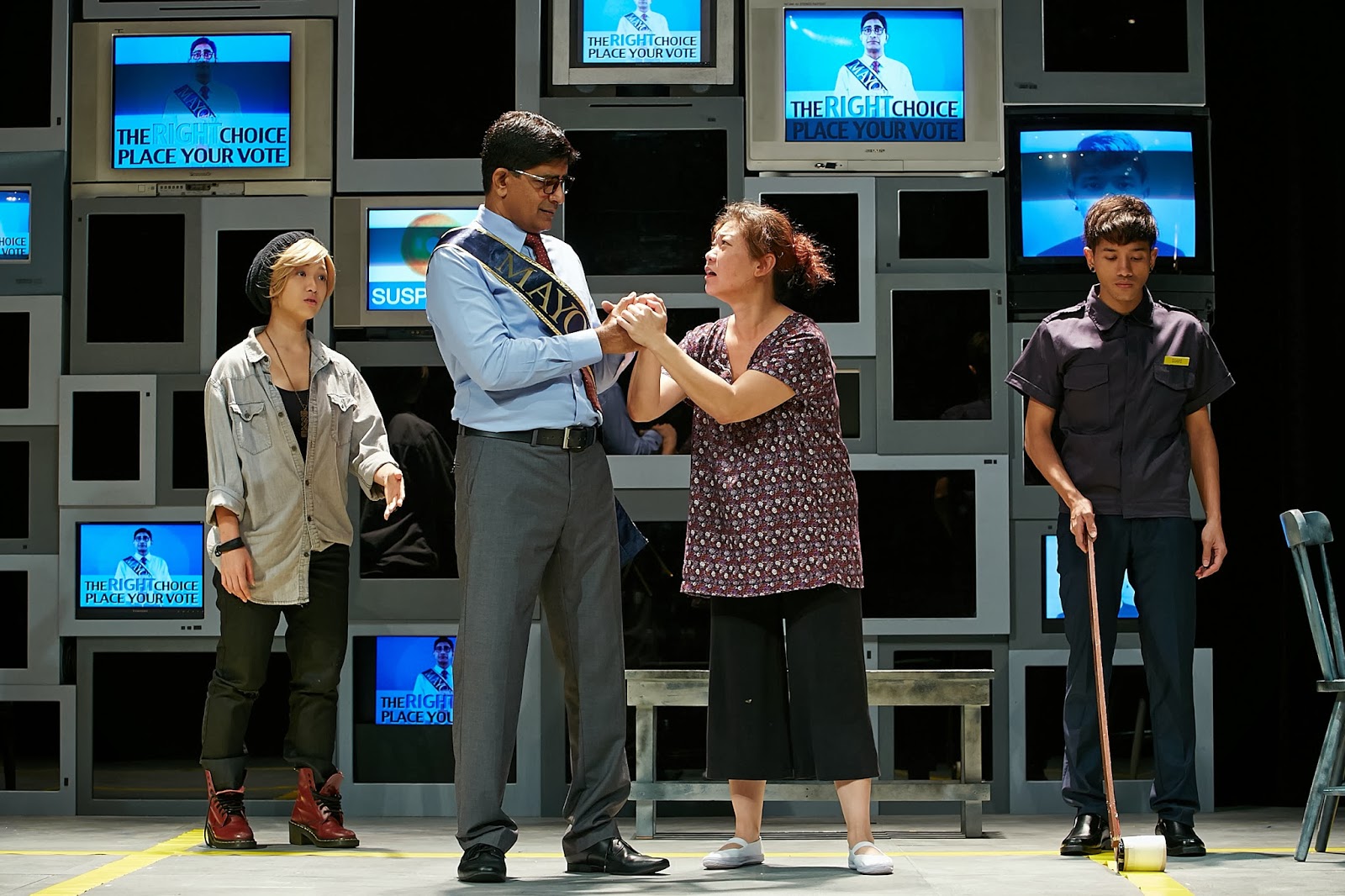 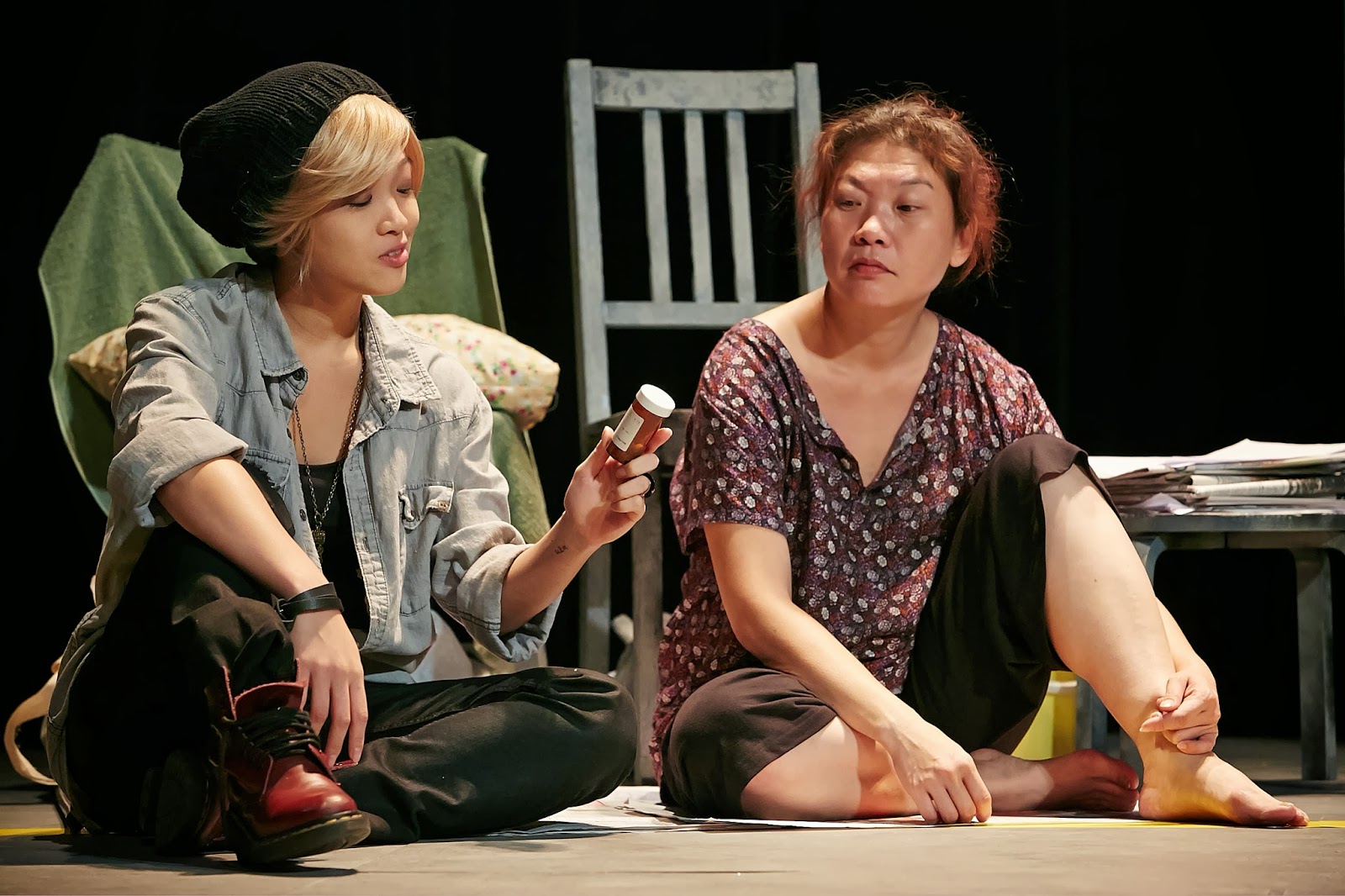