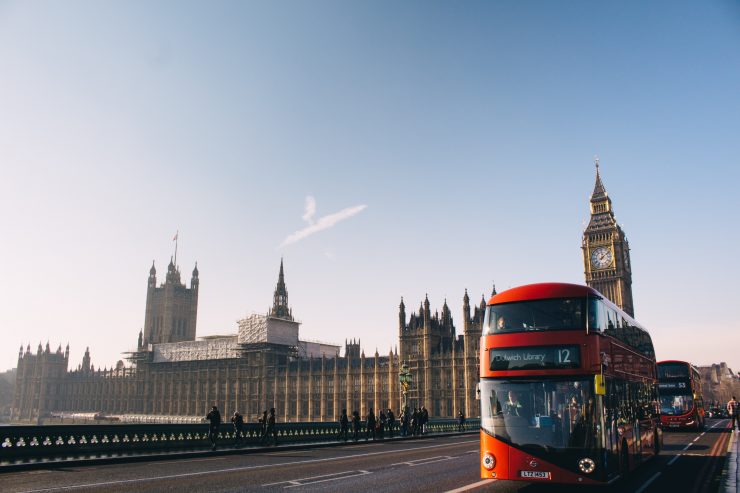 A place with 2000 years old history, a cosmopolitan hub, and one of the world’s prominent financial centers: the fascinating city of London makes travelers visit her again and again. Home to the most famous royals, the prestige, and heritage of the long-reigned British empire is evident in the city’s art and architecture. A visit to the magnanimous palaces and castles where the royal family members still live is every tourist’s desire. The city is not all about an old-world charm; it has a neo-futuristic side with glassy skyscrapers, swanky malls, and Michelin-starred restaurants.

The River Thames cuts through the city and enhances its natural beauty and landscape. It passes by iconic attractions such as the London Bridge, the Houses of Parliament, and the London Eye. Below is the list of the top 5 must-visit tourist attractions in London. 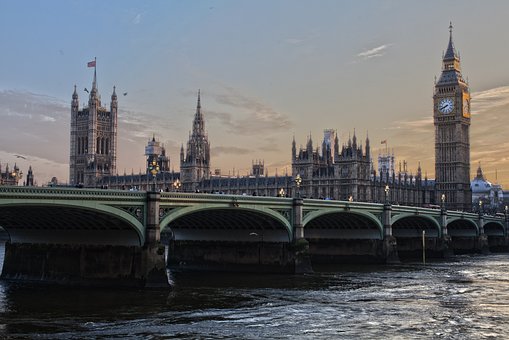 It is one of the most iconic landmarks on the banks of the River Thames. The tower clock is situated at the north end of The Houses of Parliament. The tower is 96 meters tall, and the four-faced clock has a diameter of 7 meters. Here, Ben refers to the massive bell, which weighs around 13 tons. The clock is highly accurate, and the giant bell used to chime every hour. Londoners consider it as the symbol of British punctuality. They even call it the Voice of Britain. The tower and the clock look spectacular at night with beautiful lightings. Many attractions such as the Westminster Abbey, Tate Museum, and Buckingham Palace are at a walkable distance from the tower clock. One of the best ways to explore London is to take the Thames River cruise pass and immerse your heart in a memory voyage.

A picture of the tower bridge is almost the identity of London. The bridge was open to traffic in 1894 and is one of the engineering marvels of medieval times. The bridge stands 28 feet above the water surface. It has steam-powered bascules that open to let tall ships and boats move beneath the bridge. Before the bridge, there were underground tunnels for crossing the River Thames. For traveling across the bridge, you catch the buses 78 or RV1. One can also get the hop-off and hop-on passes to see the top tourist attractions in the city. Those willing to cross the bridge by foot can use the glass floor walkway at the top. It is essential not to confuse the London Bridge with the tower bridge. The London Bridge connects the borough of Southwark to the City of London. As per historians, initially, the Romans had built it out of timber. In medieval times, it was stone-arched, and currently, there is a steel and concrete structure. 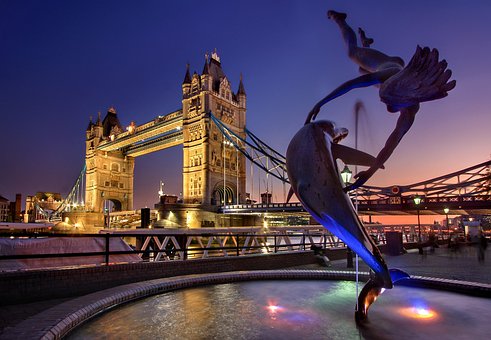 A magnificent place of worship, the 17th-century cathedral has one of the largest domes in the world. It is present on Ludgate Hill, with the highest point in the city. The limestone structure has a height of 111 meters and weighs around 65000 tons. Inside the dome, there are three galleries: Whispering gallery, the Stone Gallery, and the Golden Gallery. From the top, you can get breath-taking views of the River Thames, the London Eye, and the Tate Modern museum.

The British monarchs’ official residence, the Buckingham Palace has 775 rooms, 92 offices, 78 bathrooms, 57 guest rooms, and 19 staterooms. The beautiful staterooms are open to the public every year from late July to September. It takes around 2-2.5 hours to visit the state rooms alone. St. James Park and Green Park surround the palace. The palace grounds spread over 39 acres and have a tennis court, a lake, and a helipad. Every year the royals hold summer parties in July and invite around 8000 guests to these parties. A police station, post-office, swimming pool, health clinic, and a cinema hall are also present in Buckingham Palace, making it a complete town. The Changing of Guard ceremony takes place here, and there are tours available for witnessing it.

It is a central plaza and has the column of Lord Nelson, who led Britain to victory in Trafalgar’s battle. It also has a bronze statue of King Charles I. The place also has busts of several war veterans such as Admiral Beatty, Jellicoe, and Cunningham. There are two fountains with figures of mermaids, dolphins, and tritons.

The Londoners consider the place as a center of democracy. They hold rallies and protests here. One can also visit nearby locations like the National Gallery, Saint Martin’s church, etc.

London is a multicultural metropolis existing for 2000 years. Here you get to do incredible shopping, go on walking tours, relish on the street food, etc. The city’s vibrant nightlife, diverse culture, and history amaze every tourist. One can consider going to the borough market and grab a variety of food items from the stalls. The city is famous for its art and theatre scene. Globe is an open-roofed theatre and an excellent place for catching a Shakespeare show. Tate Modern, the British Museum, and the National Gallery are famous places worth a visit.