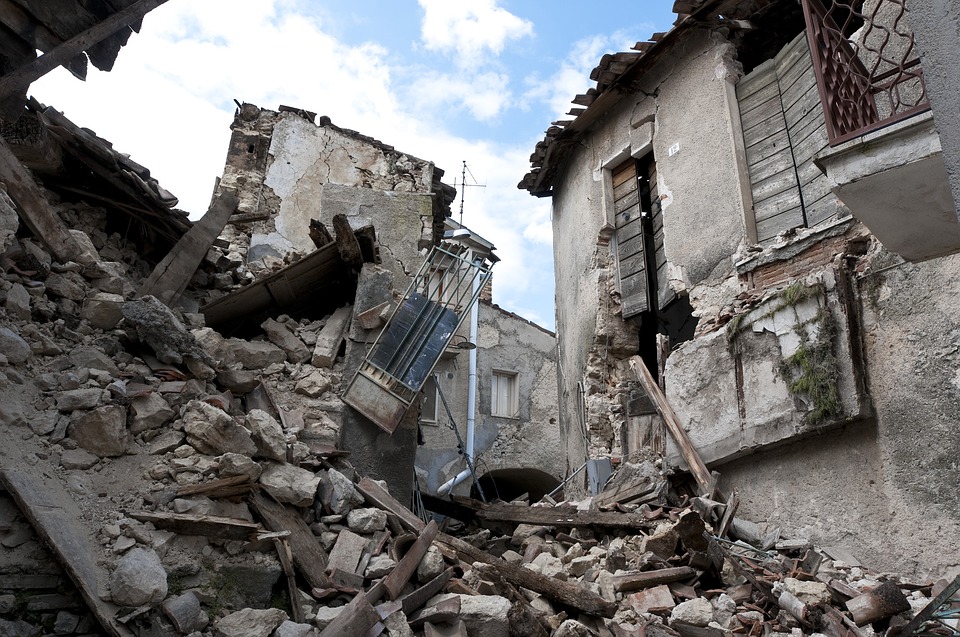 We all know of the age-old adage that goes, ”Prevention is better than cure”. As with any natural calamity that hits the Earth, an earthquake can prove to be fatal and devastating for the residents of the affected area. Not only can the prevention of damage inflicted by the earthquake save your hard-earned investments, but more importantly, it can also help save many lives. If you live in an area that is especially prone to recurring earthquakes, you must safeguard your house against such impending calamities at the earliest. To enable you to kick your safety game up a notch, here is a list of seven methods that you can implement to minimize earthquake damage before it’s too late.

The absence of a strong foundational structure makes any building susceptible to immense damage during an earthquake. This brings our attention to the walls that act as a foundation and a supporting structure for the house. Start by identifying all the weak walled areas of your home, the ones that might have visible cracks or water leaking through them. These areas are the most

vulnerable to collapse during a seismic event. Thus, to increase the strength of your home, you can consider a retrofit, replacing the old walls with structurally engineered ones that follow the appropriate building codes based on the hazard maps approved for your location. A qualified structural engineer would be able to advise on the level of resilience required for the walls to resist the force generated by seismic waves. This renovation would help strengthen the foundation of your house and increase its robustness by many-fold.

Buildings with a foundation of concrete are the most tenacious in standing a strong earthquake. If you own an old house, the chances are that it has the foundation of bricks. If that’s the case, your home might not follow the current building code followed in your area for maximum safety. It’s your best bet to hire a competent structural engineer who can recommend a stable building foundation and can keep a check on the adequate fortification of masonry, to meet the relevant safety standards.

The next best thing to do, if not full-fledged reconstruction, is to invest in the reinforcement of the support structures of the house. This alternative again asks for the initial identification of the critical areas of the house, prone to dilapidation. The areas thus identified are better known as ‘cripple walls’, and they support most of the building’s weight. If these walls were to cripple during an earthquake, the entire building would get run down. Thus, to provide strength to these critical areas of the house, the cripple walls are braced by the addition of sheathing boards beside the studs present at the top and bottom of the wall. This option could prove to be a much cheaper alternative to reconstruction while providing a vast amount of strength to the building structure.

A licensed contractor must undertake the process of bolting anchor plates to the foundational structure of your house. Without an anchor plate, an earthquake can cause the foundational walls of the house to shift horizontally, thus causing the building to collapse. Installing a sill plate involves bolting the plates with long bolts that penetrate several inches into the wall after perforating the plate. This helps hold the plate firmly so that the plates rest on top of the foundation walls.

When it comes to windows, it is quite evident that during a calamity, a larger window would shatter more, with large shards of glass posing a threat to the lives of the people in the house. Smaller circular windows don’t just reduce the chances of the window shattering but also resist the shift in the window frames, which under enormous pressure, begin to chip off and crack at the corners, as in the case of plane windows.

Another precautionary step that can be adopted for safeguarding the house windows is to install plywood paneling or steel framing around the windows to hold them firmly in place and prevent their shifting during an earthquake. Further, a plastic film can be applied to each window to stop the shattered pieces of glass from scattering, if a window cracks.

Though the reinforcement or reconstruction of the structural support of a house is vital in maximizing safety during a natural calamity such as an earthquake, it is equally essential to safeguard the objects and equipment present inside the house. The breaking of electrical equipment, furniture, and other costly investments can cause substantial financial loss to the owner. Moreover, the suspended material plays a crucial role in the functioning of the building and thus must be protected. Bracing systems for suspended non-structural equipment such as unit heaters, small in-line pumps, fans, ducts, piping, and cable trays can be installed to ensure that these assets continue to operate even after seismic activity. These bracing systems are designed in compliance with all the specifications and standards set for the equipment at hand, to ensure its protection during seismic activity. Moreover, by protecting electrical machinery like heaters from damage, the bracing systems also avert impending life-taking fires during a critical time such as this.

By following the above-stated steps to safeguard your house, you can maximize the safety of not just your costly equipment, but also ensure the security of your near and dear ones. Being well prepared for natural calamities, especially if you live in a city prone to them, can go a long way in securing your future.