Skip to content
Public urged to think about and recognise the people and experiences that have brought out the best in them
Julie’s, the biscuit manufacturer who has since become a household staple for quality biscuits and snacks, wants the public to ask themselves the question: “Who is the best of you?”. The question is part of a movement that aims to promote personal affirmation within individuals and encourage people to recognize and celebrate the trials and tribulations that punctuates their lives.
To be launched on 1 June 2014, ‘The Best of You’ movement aims to inspire its audience into taking the time to think about themselves and their personal experiences. In so doing, it hopes to further spur people to take stock of their lives and appreciate the circumstances that have brought out both the best in them, and the people around them in everyday settings. Public urged to think about and recognise the people and experiences that have brought out the best in them.
“Who Is She?”
The launch, preceded by a series of advertisements that showcased four different scenarios and characters each urging the public to answer the question “Who is She?”, will encourage people to think about their best selves in everyday settings, and to a certain extent, pay homage to persons, objects, or even experiences that have inspired their lives significantly. From 1 June, a website www.the-best-of-you.com will be launched, revealing the answer to “Who is She”. There, the public can follow the experiences of four stories of everyday people and how “she” has inspired them into being the best version of themselves. Each story will then ask viewers the question: “who is the best of you”.
The use of the generic pronoun “she” in these stories was chosen to allow the public to consider either the people that have made an impact in their life; and the objects, or acts, that have brought out the best in them.
At the heart of the movement, Julie’s wants people to consider the actions and values that have shaped each person’s life and how even in the most mundane and ordinary of everyday moments and efforts, many people are doing the best that they can with the resources available to them. As such, ‘The Best of You’ is a celebration of all people and things, big or small. It is an initiative that hopes to inspire people to find comfort in their personal accomplishments and milestones, whether extraordinary or small.
‘The Best of You’ movement hopes to instill a sense of self-value and affirmation, by acknowledging that everyday efforts, that often go unnoticed, are worth celebrating. Eventually, it hopes to cultivate a willingness in people to find opportunities where they can bring out the best in others.
Share your Stories
From 1 June 2014, members of the public can share their own stories of people, things, or experiences that have brought out the best in them via the website www.the-best-of-you.com.
To accompany their stories, people can also submit photographs as well as objects, items, trinkets or any other paraphernalia that best captures the essence of their narrative.
More information on ‘The Best of You’ movement (social hashtags #thebestofyou, #whoisshe)  will be shared soon. 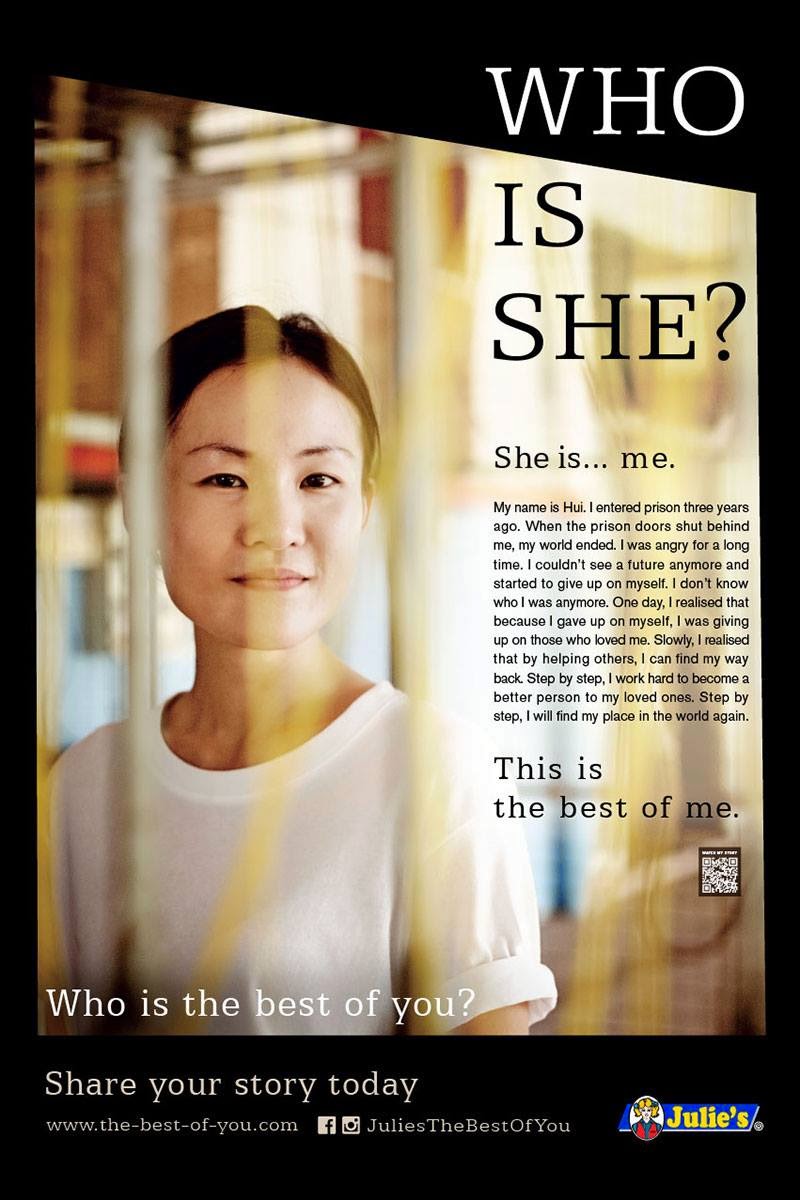 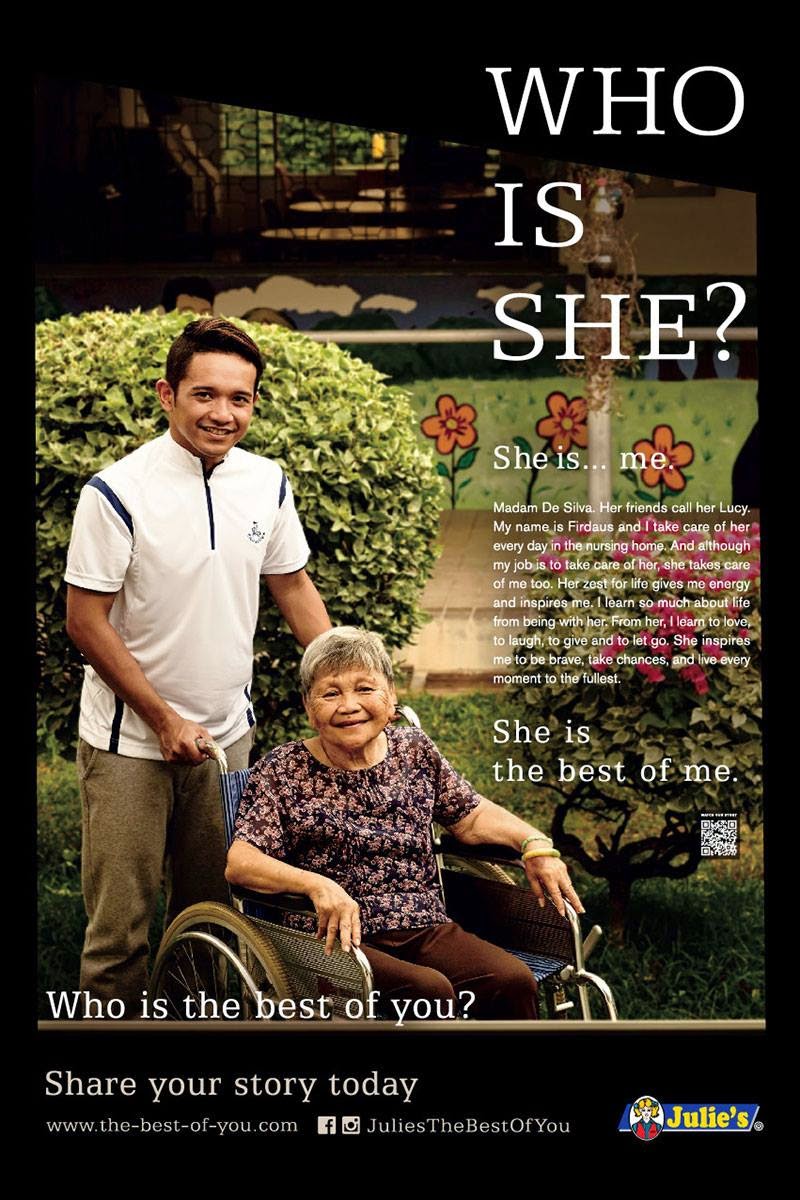 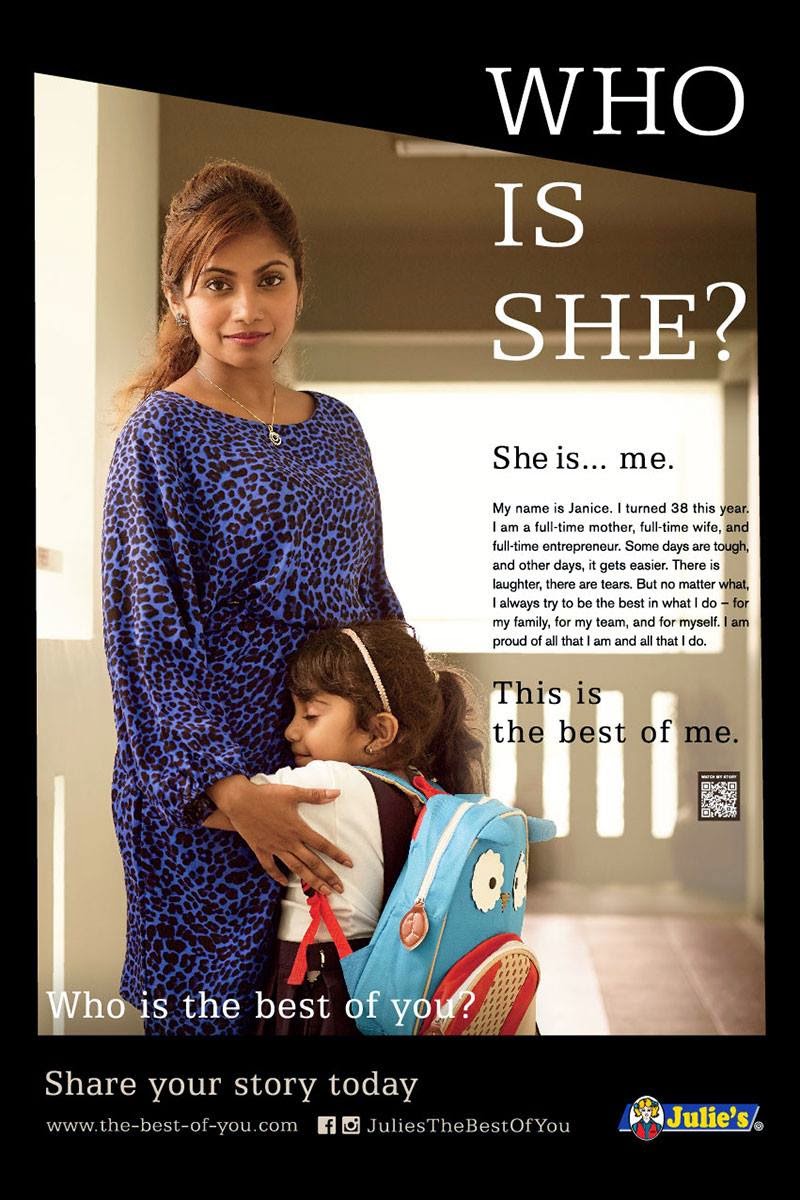 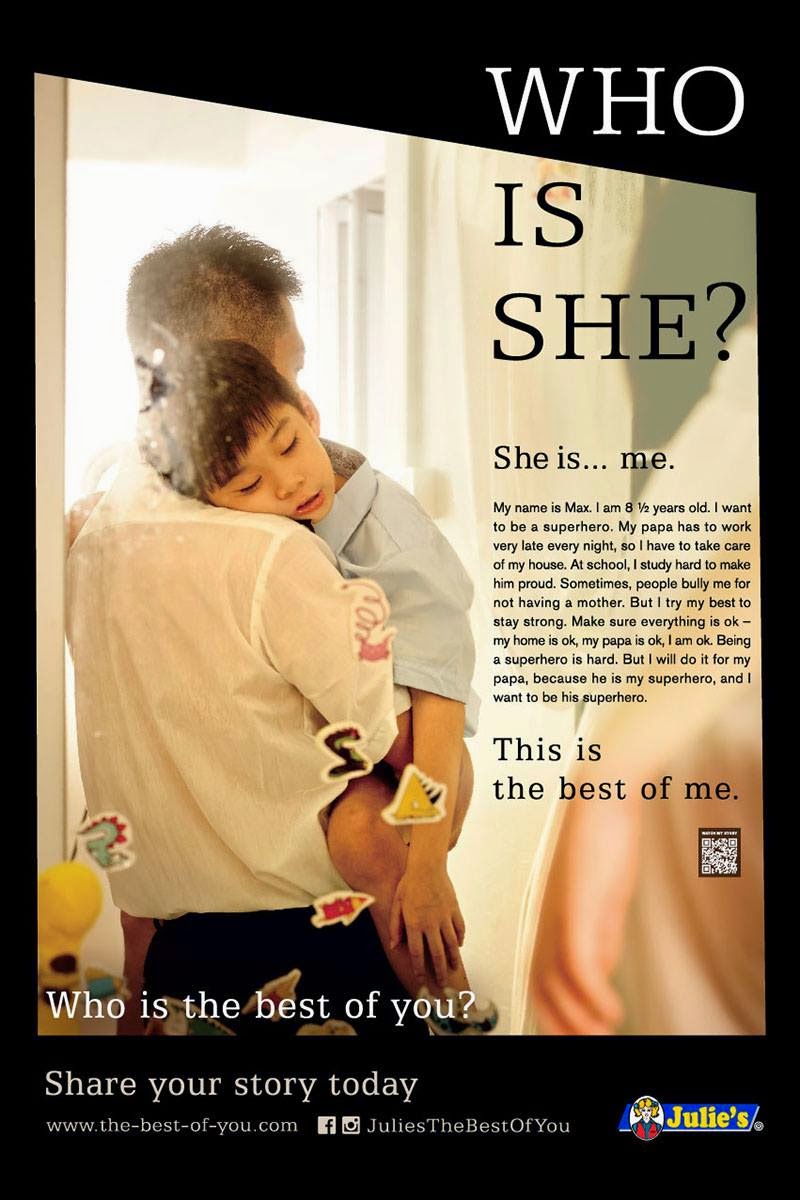