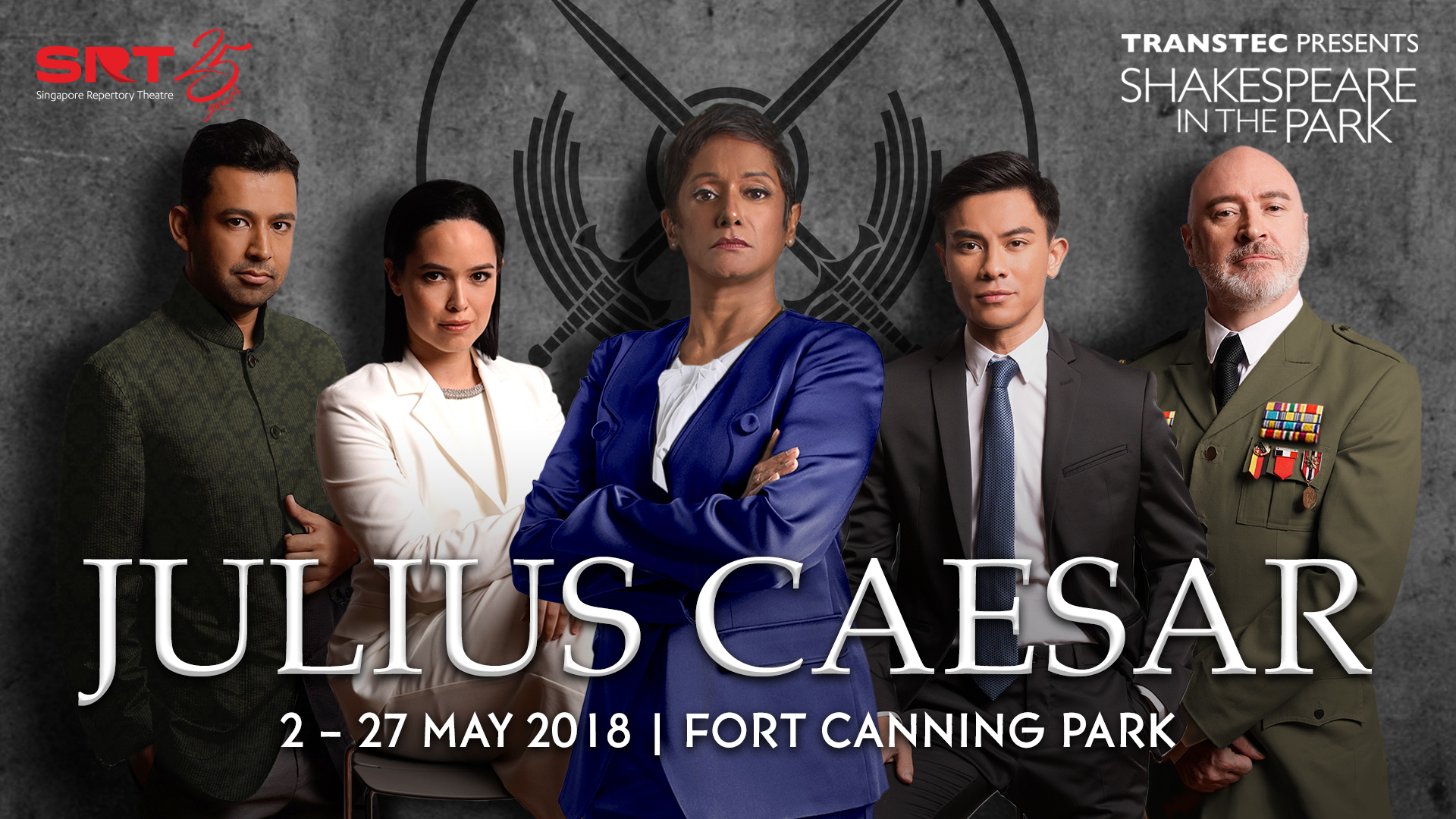 As I write, the Singapore Repertory Theatre readies players, stage, sets, and props for a long-anticipated return to Shakespeare in the Park with a modern take on a classic,  The Tragedy of Julius Caesar. Lines from the play are so oft-heard and alluded to that we may have forgotten (if we ever knew) that they came from the Bard’s 1599 play. It’s time to brush up our Shakespeare, look at just a few of the most famous lines, and delve into their import for our own troubled times. Yes, I think these time are troubled. You don’t? This humble blogster does, and in the words of Marc Antony,“ … here I am to speak what I do know.”

Beware the Ides of March

HERE COMES A SPOILER, but with “tragedy” in the title, we all know going in that this is to be no romp in the park. (Fort Canning Park, that is 2-27 May. Unabashed plug completed, back to serious matters). Death in the middle of March 44 BC. There was a full moon that night. Maybe it’s the power of suggestion, but I think my world goes a little off-kilter under a full moon. Added to that portent, a soothsayer, no less, had told the emperor to beware of 15 March. I mean, how more specific can a soothsayer be? Add the full moon? You’ve got prognostication with a capital P.

Dictators are stubborn. Have you noticed? Caesar ignored both clear signs. Should have stayed in bed that day. Didn’t. Walked over to the senate and didn’t walk out. Didn’t get beyond Act 3, scene 1. There will NOT be a full moon during SRT’s production. Relax. Enjoy a picnic hamper put together by the Providor.

Cowards die many times before their deaths; / The valiant never taste of death but once. / Of all the wonders that I yet have heard, / It seems to me most strange that men should fear, / Seeing that death, a necessary end, / Will come when it will come.

Here he goes again. Act 2, scene 2. Waxing philosophical when he should have been fitted for a teflon blade-proof vest. That said (and ignored), Caesar does have an unconscious prescience that he need not plan much for 16 March. As I said, he should have stayed in bed on the 15th. Instead he recklessly ignored some pretty sound advice and strode into the senate and into the business end of a sharp knife – several sharp knives. 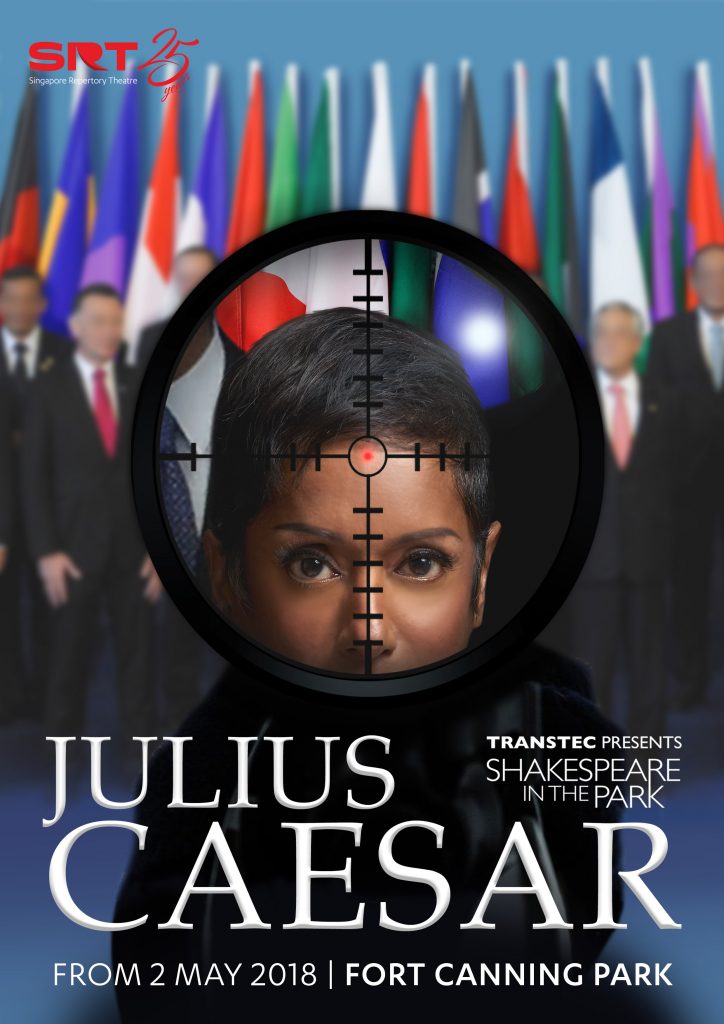 ANOTHER SPOILER – we are all going to die. Sorry for bringing that up just as you’re thinking about the contents of the picnic hamper, but let’s be honest, death “Will come when it will come.” A simple truth admirably voiced. Caesar may have been a bit head-strong, even impetuous but he was no coward. After all, he came, he saw, he conquered, right? Enough of that. Back to the hamper.

Historians say that Caesar probably didn’t say this in the midst of the scrum of knife-wielding assassins, but he makes a good point. After all, Brutus has four times as many lines in the play as Caesar. After the third act, he gets most of the philosophical attention as he wrestles – who wouldn’t? –  with his violent act, its consequences, and his own rationalizations. That’s a tall order for one who wouldn’t have been in high places without the support of his mentor whom he killed. He shouldn’t stay in bed. Nightmares, you know? Self-doubt. Regret. Remorse. I take melatonin for nights like this. I’ve never stabbed anyone, though. Don’t get me wrong here.

Men at some time are masters of their fates. / The fault, dear Brutus, is not in our stars / But in ourselves, that we are underlings.

Early in the play – watch for it after you’ve snuggled into your blanket – Cassius says this. Dramatic irony at its best, the line portends the turmoil to happen in a couple of acts and its repercussions. We, the audience, knows what’s going to happen, the characters don’t. Cassius is talking to his interlocutor, Brutus. In so doing he kicks off one of the key conflicts in the play – the internal struggle to justify one’s actions in the face of their often dire results. Should he ruminate on these words after Act 3, Brutus would find small comfort. His actions were his own. Not fate’s, not the stars. His and his alone. Me? I need a few external excuses for some of my actions. Thanks, anyway, Cassius.

Friends, Romans, countrymen, lend me your ears; / I come to bury Caesar, not to praise him; / The evil that men do lives after them,  /  The good is oft interred with their bones

The famous beginning to Marc Antony’s eulogy for his friend and colleague, Julius Caesar. In it, Antony struggles with the assassination, the justifications for it, and his doubts about Brutus’ character. Back and forth he goes. Yes, Brutus and his fellow conspirators had a point; Caesar was ambitious. Ambitious to a fault. “The evil that men do lives after them.” No argument there. But “The good is oft interred with their bones.”

For Antony, there’s the rub. He sees that a person’s despicable acts so often out live their good deeds. He is trenchantly eloquent in describing the good that Caesar did. “When that the poor have cried, Caesar hath wept: / Ambition should be made of sterner stuff”. Charity defined – “When the poor have cried, Caesar hath wept.” So much in so little! He finishes with one of the saddest lines i know. “My heart is in the coffin there with Caesar, / And I must pause till it come back to me.” Perhaps his heart will come back. Perhaps it won’t.

Sometimes it’s hard to understand we humans, isn’t it? For instance, I’m looking forward to a beautiful night out at Fort Canning under the stars (let’s hope), blanket and afore-mentioned picnic hamper to hand. This while the characters on stage struggle with the meaning of life, of death, of loyalty, of remorse, of friendship, of charity.

Disbelief suspended in the most salubrious of venues.  Pass the white wine, please.