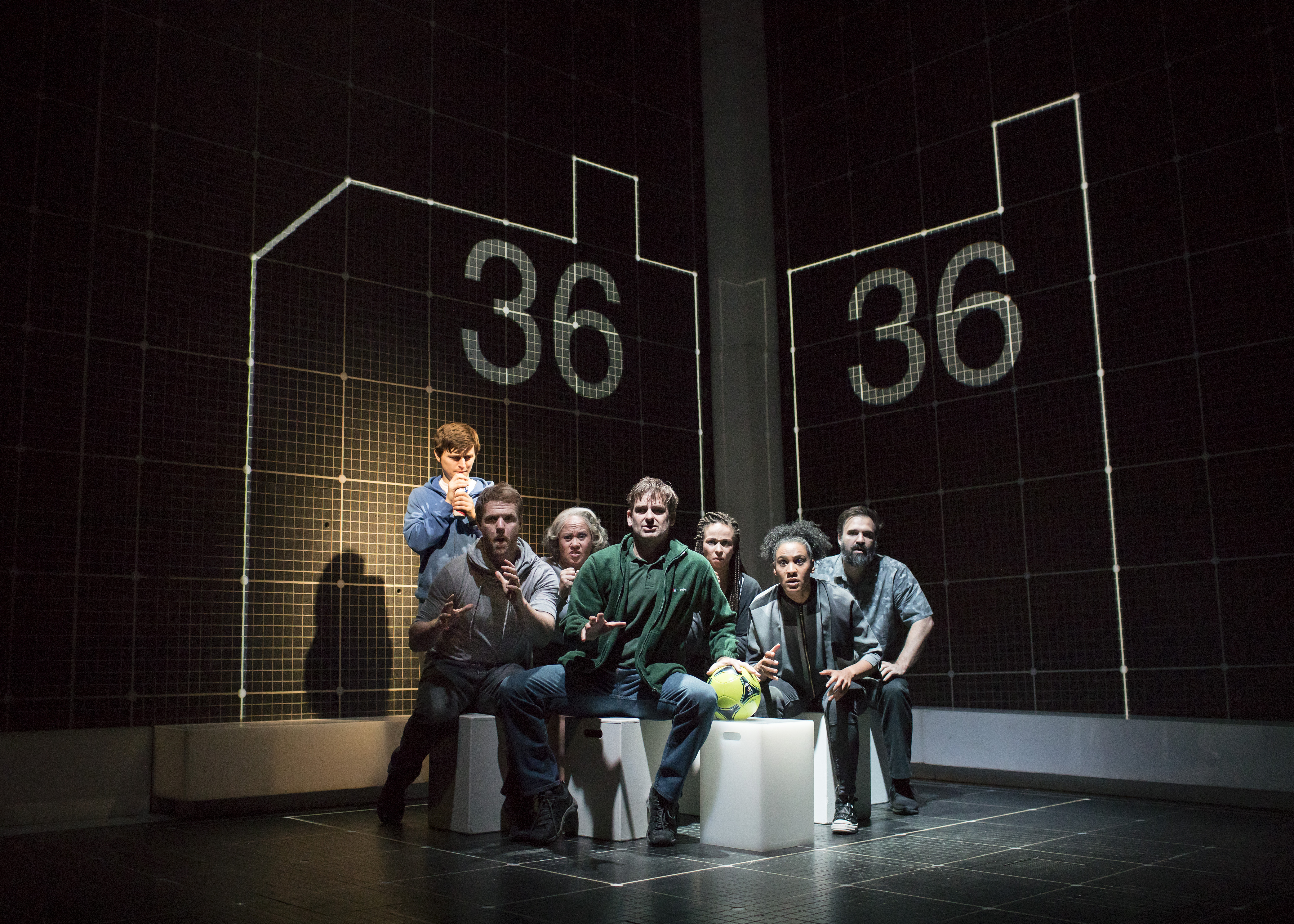 Prime numbers are what is left when you have taken all the patterns away. I think prime numbers are like life. They are very logical but you could never work out the rules, even if you spent all your time thinking about them.
-from The Curious Incident of the Dog in the Night-time by Mark Haddon

Whew! From the time I took my seats until the curtain call, I was in a different – a very different – world. Christopher’s world. His world is full of numbers and associations that a less normal 15-year-old might make. Christopher John Francis Boone – the book’s and the play’s main character – is not normal. Whatever normal is. Remarkably staged by the Britain’s National Theatre company and presented at the Esplanade, the play nudged me to think about what “normal” is.
“Superb, captivating, engaging. Brilliant stage lighting.” That’s what I found in my notes. In fact, it was so captivating, that my notes ended there. After having read the book, and learning that it would be staged, I imagined a cozy set with dialog-driven exposition and cerebral dialogue. That kind of drama may have well fitted the book, but that’s not what happens in this production. Not by a long shot.
Props float in and out. Christopher, himself does his fair share of floating mostly thanks to his fellow actors. The globe and Mail review calls the play “gorgeously choreographed.” Oh, my, YES. The movements are mesmerizingly fluid and full of wonder and surprise. Like a ballet of the mind, Christopher’s mind, the movement drew me into my own mind. Beautiful, powerful, captivating things were happening on stage. Something was happening in my head. Occasionally, very bright lights and very loud sounds permeated the action, especially as our hero navigated the London tube on his own for the first time. This was, pardon the pun, heady stuff. The lights, sounds, and actions transported me to the inside of another’s head – a trick the original book pulled off, but one I didn’t expect to see on stage. Brilliant!
Different, outsider, odd, alone, unwanted, fearful, lied to, curious. Christopher is all of these. His different-ness is at the heart of the novel as is, of course, the curious incident. Christopher encounters the eponymous dog early on in the plot skewered with a pitchfork. Who wouldn’t be traumatized! Given his constant mental state, however, our boy is sent reeling. Who killed the dog? Christopher sets out to find out Sherlock Holmes style. The mystery is afoot. Yes, we find out by the end. No, I’m not telling you here and now. Read the book. See the play. Do both!
Suffice to say that, by the end, stunning truths reveal themselves to Christopher. These involve his father, his mother, himself and the dog. With twists and turns unparalleled in the genre, the play and the novel are coming of age narratives cut from magical cloth. In the process of solving the mystery and journeying to discovery I, like the protagonist, experience fear, doubt, and enigma. His experiences are far more wildly dramatic than mine, though. At least, I think they are. Aren’t they? Hmm…
Should I mention that my son is called Christopher? Should I mention that he has (in the words of Paul Simon, “Born at the Right Time”) “Never been lonely / Never been lied to / Never had to scuffle in fear / Nothing denied to”? Should I fear that he’ll be lonely, lied  to, afraid, denied? Should I mention that, sometimes in the night-time, I am afraid?
Gets to me, this play.

The Curious Incident of the dog in the Night-Time is jointly presented by Singapore Repertory Theatre and Esplanade from 29th March to 8th April 2018.