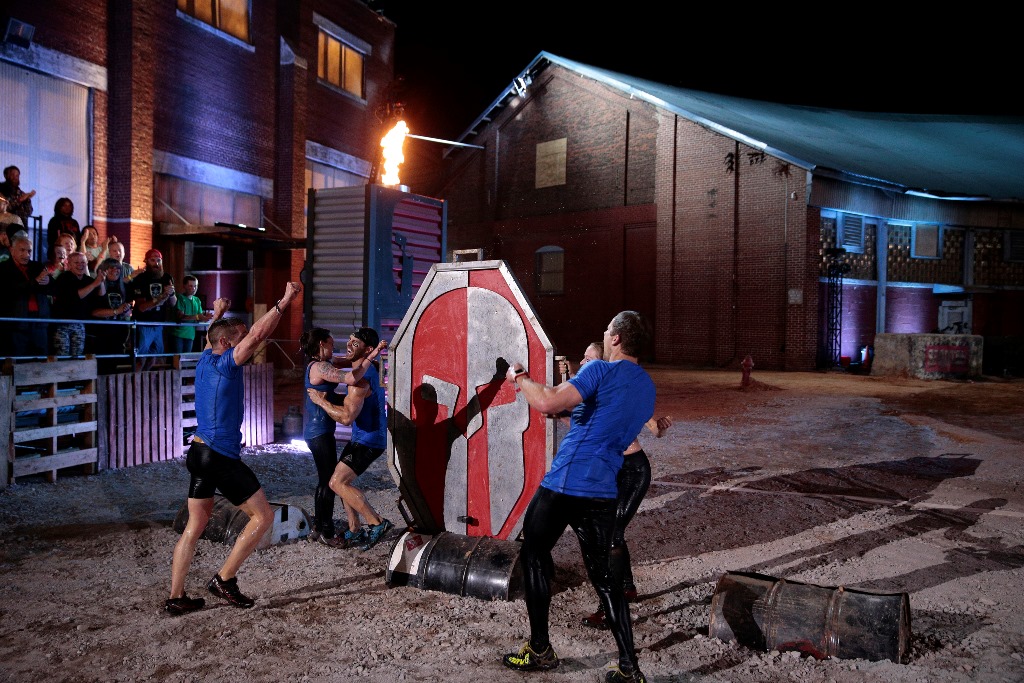 Halfway through the second season, the American competition Spartan: Ultimate Team Challenge has showed us athletes who deal with different challenges yet still fight to prove that they are capable. We were also witness to how these challenges motivated them to conquer and push their minds and bodies in order to achieve more.

The Little Giants team from the first episode may seem to have been underdogs, but they proved that despite being shorter and lighter than the rest they could be the same kind of athletes.

The team Kid Courage joined for their children. The members are parents of kids with special needs who are their biggest inspiration. Team Wonder Women showed that gender was not basis for accomplishment. The all-women team just proved that as long as people work hard and set their minds to their goals, they will succeed.

Team Standing Proud is the best example that no matter what happens, you can always pick yourself up and try again. One of their members lost his left leg, and one has no left arm. Their condition did not stop the team from proving to themselves that they can still achieve greater things with the right mindset and preparation. 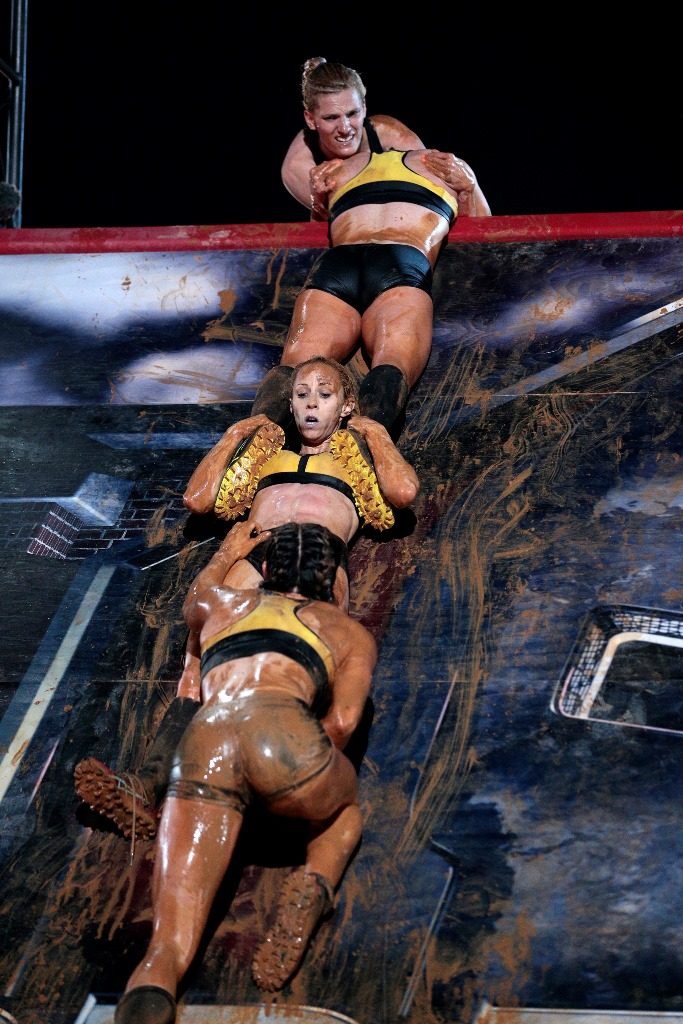 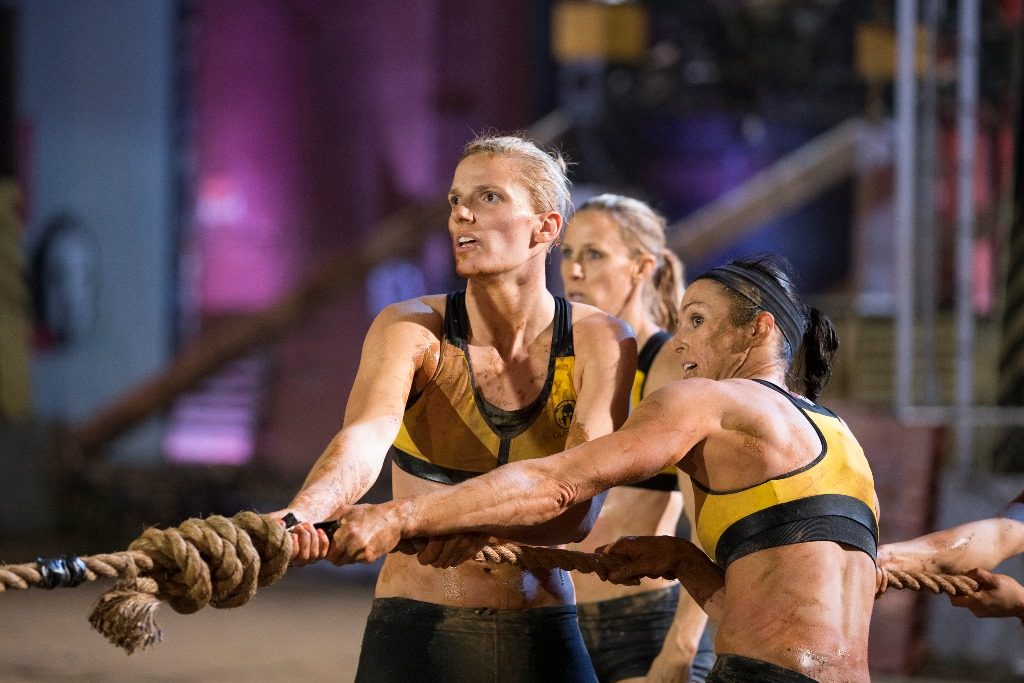 The Spartan Race has seen so many athletes succeed. Apart from inspiring viewers, these athletes may even convince one to get on that course and test what you’re capable of.

Anyone who has participated in a Spartan Race can relate to the physical and mental strength needed to overcome the obstacles and get to that finish line.  Known to be one of the world’s most gruelling sporting events, the race attracts not only the fittest but also those who want to push themselves to their limits.

The race has three kinds, Spartan Sprint which is a 5 kilometer course with over 20+ obstacles; Spartan Super stretches over 13 kilometers with over 25 obstacles; and Spartan Beast spanning over 20 kilometers trail and over 30 obstacles.

MD Shariff Abdullah Peters who is more known as “Singapore Blade Runner” is 48 years old and has finished Spartan Sprint and Spartan Super. But this tough man does not just run with a blade left foot, he also has a heart of steel.

Shariff was born without a left foot and for many years of working none of his employers knew about his condition as he wore long pants at work.

In August of 2008, he felt a sharp pain in his stump where the doctors found an infection. This led to a major operation where they had to amputate 5 inches of his left leg. During this he was losing hope, until he saw a video of the fastest blade runner, Oscar Pistorius.

“I [got] inspired by him and started to pick up running using an Ossur Flex Run, [that’s when] Singaporeans started calling me the Singapore Blade Runner,” Shariff shared.

Together with his friends and coaches, Shariff trains 6 days a week combining gym workouts and running for about 30 kilometers. He is set to join the Spartan Beast, the hardest of the three races, this December.

For aspiring Spartans who are facing the same challenge as Shariff, he urges them to remain positive. “Always believe in yourself, focus on your training but make sure you train safely, and listen to your body. Do your best and never give up!” he shared. 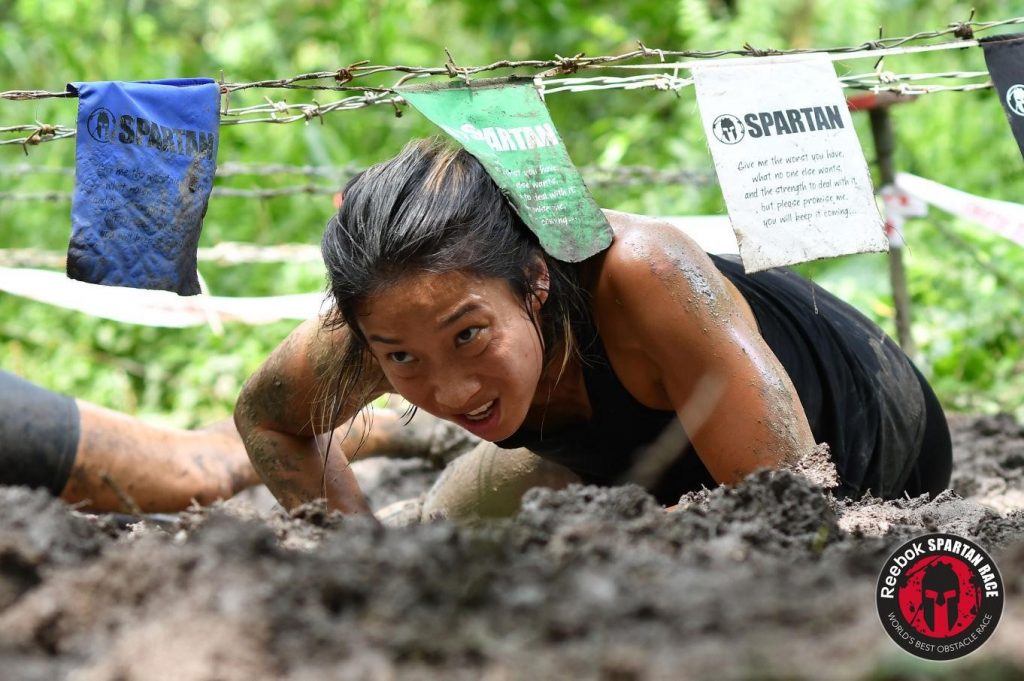 Tamara Ho, originally from Canada, has always been into sports and keeping herself physically fit. As a young girl, she was a competitive gymnast, track and field and volleyball athlete. In her 20s she trained for dragonboat competitions and ran a few half marathons.

She also loves obstacle-races but it was only last year, after losing about 10 kilograms, that she felt she was at her fittest and wanted to prove to herself that she was fit enough to do the Spartan Race. She signed up for the Sprint Competitive category and finished 37th out of 158 participants.

Her inspiration to push herself to achieving something big are her kids. “I want them to be able to push through or adapt to any adversity that comes their way in life.”

Raimi Zakaria and Mimi Yunos whom people fondly know as Mr. and Mrs. Race Monkey were both in their 40s when they started their Spartan Race journey.

Training hard for the race, the couple made sure to always put their safety first. “We don’t race to the maximum, as we want to prevent injuries. Safety is our main concern as we have five children.” They shared. “If we know that we cannot do the obstacle we just do the penalty of burpees,” they added.

To those who have not yet tried any Spartan Race but would like to try, the two highly encourage them to get to the course, to be brave and go for it. “Everyone is capable of so much more than they think. When you set your mind right, your body will follow and you will see the results,” the couple shared.

Harun Rahamad, now 28 years old, first join a Spartan Sprint in 2015. The following year he joined the next categories Super and Beast. Unfortunately, he did not finish the Beast as his body reached its limit. The Spartan Race organizers acknowledged his effort and still gave him the finisher’s medal as he reached the 17KM checkpoint despite his disability.

One of his biggest challenges was overcoming obstacles due to his disability, however, this has also been his greatest motivation. Apart from physical training, he also prepares for his mental strength to get him ready for the race.

“In life you need to try to overcome the challenges even with assistance, if you did it then you have already achieved something despite your disability. It’s okay if you fail, at least you tried and knew what you can or cannot do, nevertheless don’t give up,” says Harun.