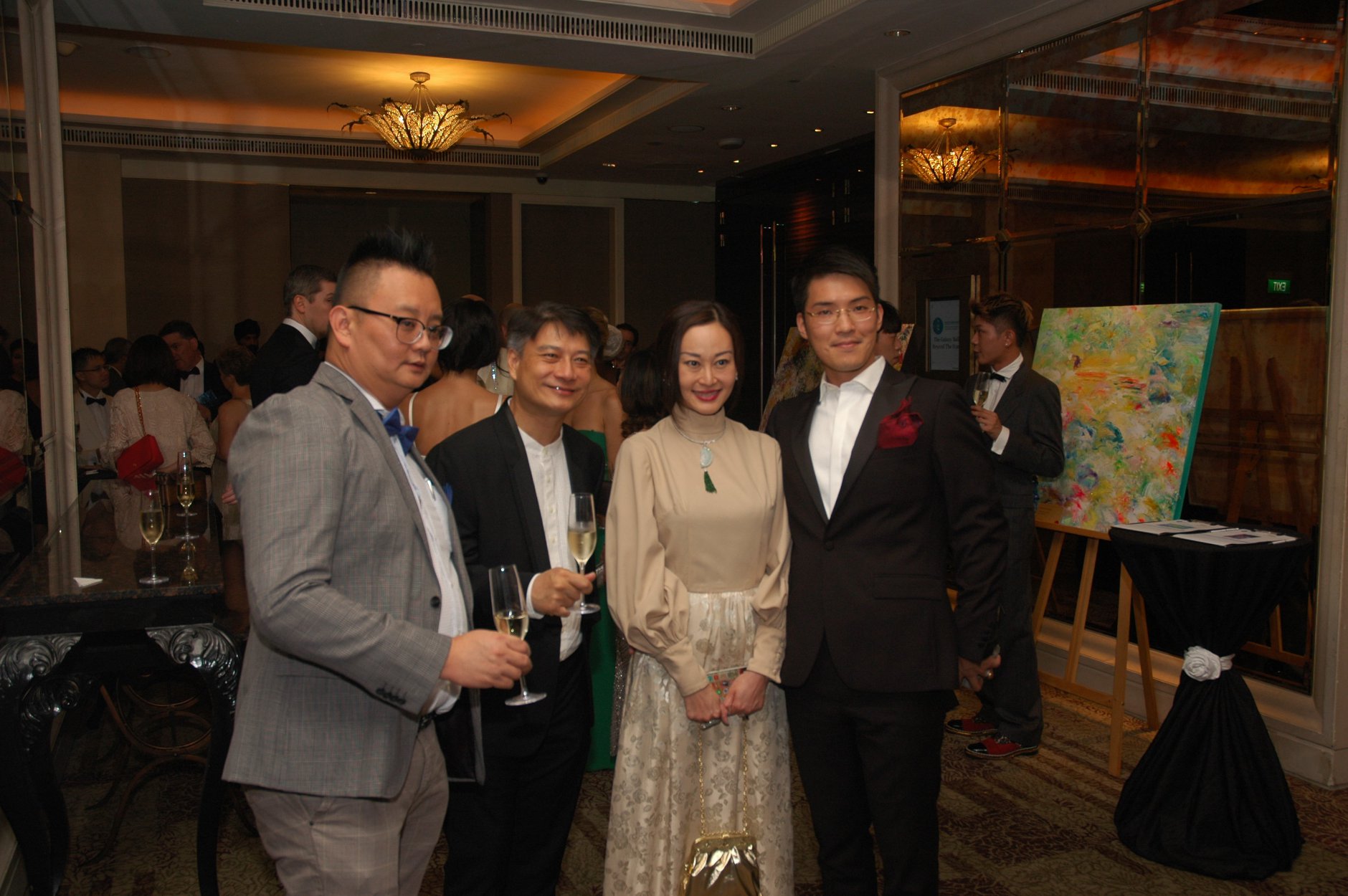 The Sarah -Grace Sarcoma Organisation threw a grand party at the St. Regis
Clad in gowns and black ties, fancy in the ballroom of the St. Regis Hotel, seated at elegantly appointed tables, WE KICKED IT!  Appropriately so, as the theme of the charity ball was “Kick Sarcoma.” Funds raised from the gala will be used to fund children with potentially fatal sarcoma and to support vital research into the causes and cures of this devastating disease.
No stranger to event organising, Chee See Meng and his team outdid themselves for 20 October. A lively band entertained between on-stage events, giving a big boost to the party atmosphere. The cause was dire, but the guests were intent on having a good time. It all worked! An auction included locally-produced artwork and a variety of luxurious items including Asian destinations and an African safari.
Honoured speaker for the evening, His Excellency, Mr. Bruce Gosper, Australian High Commissioner set the tone of merriment with an underlying serious theme. Later, Sophia addressed the crowd with a similarly-themed message.
Elegant in a slim floor length gown, two-year-old Sophia (born in Hong Kong) was a show-stopper. She’s a robot.  She is an accomplished and renowned example of the cutting edge of artificial intelligence. Having appeared on television – 60 Minutes with Charlie Rose, the Jimmy Fallon Show, BBC News –  stage fright was not an issue for Sophia. After all she is the “United Nations Development Programme’s first-ever Innovation Champion for Asia and the Pacific.” Dismissed by some in the AI community as a gimmick, she is, nonetheless an effective and quite attractive gimmick especially at an event like the Galaxy Ball where the future of artificial limbs and organs was an obvious motif.
Other speakers included teenaged sarcoma survivors, Emma Oldager and Lauren Ong. Singapore American School student, Ms. Oldager, aspires to be a paralympian representing her home country Denmark. Ms. Ong is from Singapore and spoke movingly about her journey to the brink and back. Both were eager to give credit to the hospitals and research organisations that helped along the way.
By the end of the evening, the band was back and we – my black-tied guest writer and I – were ready to dance. And dance we did! Sounds easy, but it was a challenge in my long gown with a flowing cape tangling my every step from a metre behind. For more about that gown, see janiqueel’s “Arabic Mermaid” article.
No, Sophia didn’t dance. Maybe next year?

Artificial Intelligence is whatever hasn’t been done yet.
Larry Tesler

Written with help of JKJ