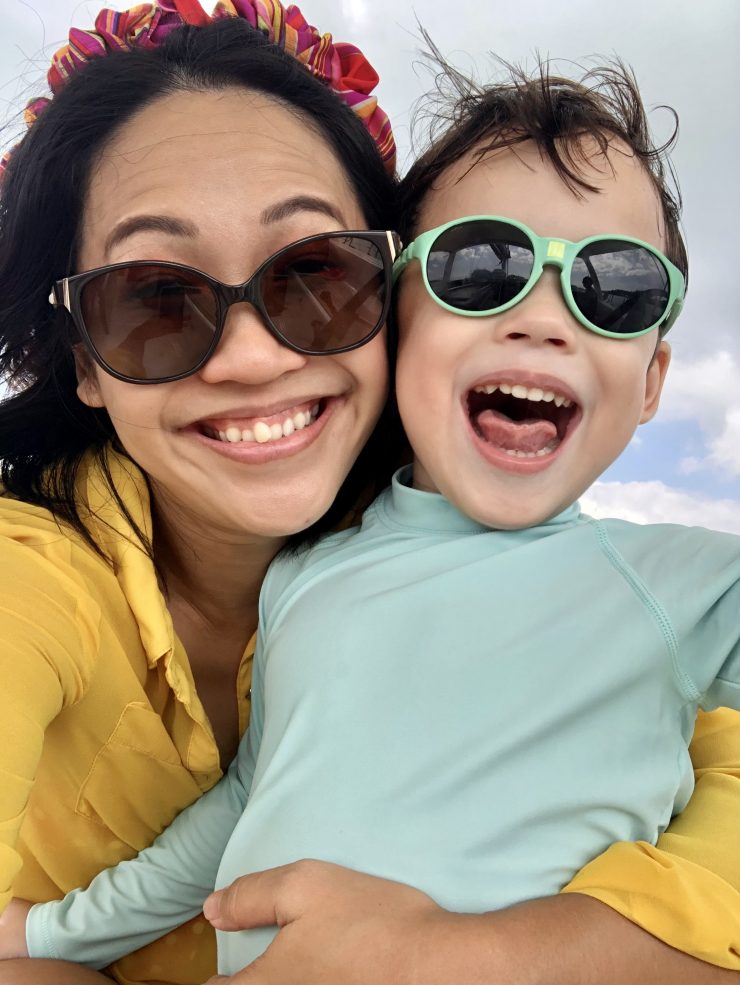 Believe me, my young friend, there is nothing–absolutely nothing–half so much worth doing as simply messing about in boats.

Common sights in Singapore – the container derricks; the vast flotilla of ships waiting to load or unload to embark or disembark; and the flurry of support vehicles to service the supply chain demands. Amid the hum of heavy industry, it is too often easy to forget that our island city calls the south china Sea home. Giving adventurers a taste of the beautiful sea on beautiful yachts, Discover Sailing Asia (DSA) provides the boats and all the needed extras to “mess around” in luxury while exploring the waters of the Garden City.

Leaving from Keppel Bay, our proud crew – first mate, friend Krystal; Sailor First Class, Mr C; and Crew Chief (of course) Janiqueel – boarded our clean and sumptuous white sailboat boat, Gloria. Met by Captain Amir and crewmate Eden, we knew we were in friendly, capable, personable hands.  For our four-hour “Taster” cruise, we didn’t need all of Gloria’s facilities but felt free to explore them all. For more prolonged cruises, though, it was good to know she was equipped with four private cabins, two bathrooms, a living area and a kitchenette. Sowing our picnic lunch items in the well-appointed kitchenette, we tried the comfort options of the living area, then headed for the deck to watch as we slipped out roof the harbour and into the Singapore Strait. It was exciting to be on the water aboard a superyacht with friends and family!

Weaving through the boat slips, it was good fun to look at the array of other boats flying Singapore flags. Open water beckoned, and soon we were amidst the aforementioned flotilla of big ships – masters of the sea trade. By comparison to the sailors aboard these bid boys, we were in the lap of luxury, indeed. Energized by the brisk sea air, Mr C was all over the place exploring the nooks and crannies of the Gloria. No worries. The bot is built for safety and there was our crew, Amir and Eden to keep a close eye on our bounding mariner. Soon, we had snacks, coffees, and cold drinks laid out on the kitchen table so that we could lounge and sail at leisure. Ah, the yachting life!

In a short while, we dropped anchor in an idyllic, calm, bright cove, donned our swimsuits and jumped off the after-deck into the blue water. And we were in Singapore! It was hard to believe that just a few minutes away from the frenetic bustle of one of the world’s busiest ports, we were splashing and laughing – enjoying the moment. An avid swimming pool swimmer, Mr C, after a few trepidacious seconds, was completely at ease in the seawater. Of course, Crew Chief Janiqueel, like the rest of her crew, were never far away.

After our exercise frolics, it was time to get serious about the picnic lunch that we had brought on board. As we sailed around the bay, we watched the coastal world go by and thought of taking a longer cruise with Discover Sailing Asia someday.

Now that we have had a “Taster”, there are several options to consider:

Can you tell we enjoyed the “taster” with Discover Sailing Asia? We did! “Let’s do it again.” Shouted Sailor First Class, Mr C. The entire crew agreed.