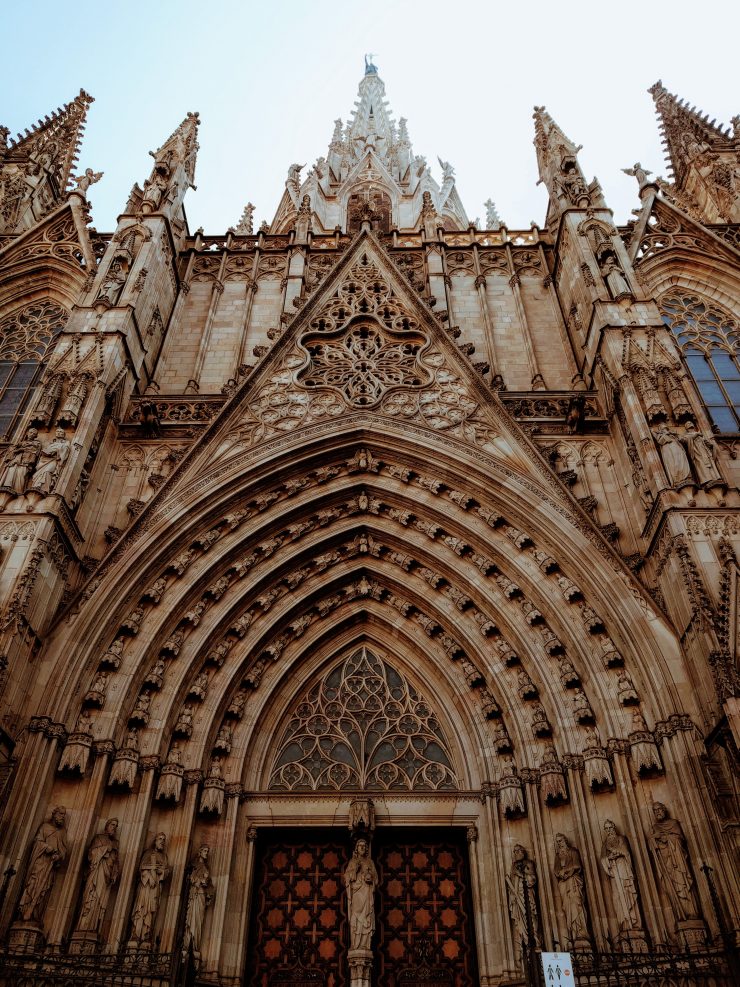 Janiqueel has a look at the most alluring cities of SPAIN

I would sooner be a foreigner in Spain than in most countries. How easy it is to make friends in Spain!

Now that we can (finally) travel again, Spain is a convenient and enticing port of call for the adventure-staved Singaporean tourist. With much to see and do in the sun-soaked country, we opted for a ten-day tour that brought the intrepid traveller, Mr C, and me to twelve of the most beautiful and interesting cities that Spain has to offer. Join me for a teaser of each:

Set in the Adulusia region at the base of the Sierra Nevada Mountains, Granada beckons guests to taste the glories of modern and ancient Iberia at its best. Often numero uno among the many architectural highlight, and deservedly so, is the wonder that is the Alhambra. Both a Moorish palace and fortress, the Alhambra is an architectural marvel ready to delight at any time of day, but especially near dawn or dusk when the sunlight and shadows play on the ancient walls. You are just getting started. Capilla Real, Palacios Nazaríes, and Basílica San Juan de Dios al form parts of the rich heritage of the Alhambra and Granada. We had a taste – enough to ensure that we would return again someday.

On the Bay of Biscay in Spain’s Basque country is the vibrant, charming city of San Sebastián. With plenty of cathedrals and other architectural splendours, Donostia (the other official name for the city), holds a plentitude of tourist attractions. We did that and enjoyed it, but it was strolling along the cobblestoned streets of the Old Town that really intrigued us. We felt like we had been dropped into the street-level culture of this marvellous city. Likewise, the Mercado de La Bretxa – the fresh market – was a special glimpse into the real-life of a Spanish city.

With a lyrical name and a magical atmosphere, the Alcazar is the royal palace of Seville. In use even today as one of the king’s residences, it is a living historical treasure. Really a collection of palaces, this UNESCO World Heritage site is a phantasm of large Moorish statements and a cornucopia of small, sometimes, tiny, flourishes. I found myself staring at walls and their intricate patterns. Our guide provided a plethora of information. The tour concluded, we enjoyed just kicking around on our own amid the glories of the past. Game of Thrones aficionados will revel in Dorne’s Water Gardens. If you’ve seen the series, you’ll recognize the setting. Exciting!

With FOUR UNESCO-protected sires, Cordoba is a history-laden dream for the traveller. Blessed with a warm climate, we found Cordoba’s winter sunshine and warmth a welcome greeting to this southern Spanish city. Oh, and the olives! They are on sale everywhere in multitudinous variety. A treat, indeed! Retaining the architectural influences of both religious cultures, the Mezquita – Mosque-Cathedral – is a 16th-century cathedral built amid a 10th-century mosque. Standing as a living primer to the influence of both cultures of Spain. Especially atmospheric at sunset. We found delightfully cozy cafes for our sundowners accompanied by the unique flavours of Cordoba. The cuisine, too, is a product of the blending of cultures.

Ideal for growing rice, Valencia’s climate is the logical home of paella. Having tried all three main varieties, we decided that the seafood offerings were our favourites. Amid the gustatory pleasures, we took time to visit Ciudad de las Artes y las Ciencias – City of Arts And Sciences – a stunning modernistic facility along the Turia riverbed. With a massive collection of buildings, you may not have time for them all. We chose one of the most kid-friendly,  L’Hemisfèric with a planetarium and laserium both of which spectacularly captured Mr C’s attention, and mine, as well! The overt modernism was a welcome complement to all the ancient wonders we had been exploring. Valencia has those, too, but please carve our time for the City of Arts and Sciences.

Bordered by the Atlantic, far in the northwestern corner of Spain, Galicia. Abutting Portugal, Galicia’s culture and cuisine is heavily influenced by its Iberian neighbour. Here, we found monumental architecture as we had in all of the Spanish cities we visited, but with subtle differences here which our guides were experts in pointing out. With walks along the rocky coast and visits to towns and villages along our route, Galicia felt, somehow, like a different country. But it wasn’t, of course, it was Spain, as well, but from a different perspective — a perspective we came to appreciate as we did the marvellously unique cuisine.

Famous for its CATHEDRAL, the CASTLE, and the ROMAN AQUEDUCT, Segovia has plenty of “must visits” to offer the intrepid traveller. From atop the Postigo steps next to the Aqueduct, you’ll have a breath-taking view of the structure — probably one of the largest watercourses in the Roman world. From here, you are close to the Jewish Quater with its charm and history. The Cathedral, one of the last and best examples of Roman Gothic architecture, was built on Segovia’s highest elevation (you might want to grab a taxi). Especially at dusk or dawn, see the changing hues of the amber walls accentuating the mountain scenery in the distance. The castle — Alcázar of Segovia — is a fairy tale structure inspiring Cinderella’s castle in the Disney classic. You can see it from several points in the city as you explore the hidden neighbourhood treasures in between the iconic sites.

What better place to start a tour of the storied and beautiful Salamanca than the central square – Plaza Major.  Surrounded by golden sandstone architecture and bustling with shoppers, strollers, tourists, and those looking for a drink and a bite at one of the appealing sidewalk cafes, the square is a perfect spot to relax and let the special ambience of Salamanca colour your day. If you set off in the morning, you’ll have time to see both of Salamanca’s cathedrals. Then, after a tapas lunch, head for University City to hunt for the frog among the thousands of intricate carvings here. Good luck comes to those who can find it — ask for help if you need to! Down a cobblestone street, you’ll find Casa Lis Museum of Art Nouveau and Art Deco a grand, yet quirky repository of fine art Spanish style.

Here for just a day in 2010, Michelle Obama managed (with the help of knowledgeable guides) to see the city’s most important sites. Following her footsteps is an excellent way to learn about this ancient city on top of a mountain. Start with Casco Antiguo, Ronda’s old Moorish city, then walk to see the pine trees populating Plaza Maria Auxiliadora. Then, along cobbled streets to Palacio Mondragon. Next, on to the church – Ronda’s Santa Maria la Mayor where the gilt silver alters and chandelier are highlights. At Ronda’s at  Forestier Gardens and Water Mine, you can gaze into the deep ravine that defines the city’s districts. Descend the water mine and imagine what bringing water to the surface must have entailed for the ancient city dwellers. Wherever you wander, you’re never far from a cozy cafe or a welcoming bar with charming locals.

Jews, Christians, and Moslems lived together in Toledo for centuries. The culture of the present city is a proud blend of these influences. For an initial taste of this World Heritage city, visit the Alcázar and wander its stone streets. If you are lucky enough to be in toledo at night, you can marvel at the city lights illuminating this city of ancient stories and dreams. For the sheer atmosphere and people-watching at its best, you’ll want to stop by Plaza de Zocodover for a drink and/or some food. Without much trouble, you’ll find classic dishes like migas, carcamusas, cochifrito or mazapanes. After a bite, visit the San Agustín market for wine, local craft beers, and more delectable food. You’re living in Toledo like a local — at least for a day.

Art & Culture, sport, shopping food, nightlife, and Flamenco – Madrid has it all. Follow a good map or a guide to see the 21 districts that make up the capital city, each with a personality of its own. Of course, you will want to see the iconic landmarks of Madrid, but with an extra day or so head out to each neighbourhood and see what the real city is all about. Keep a list of the sights and sounds food and drinks as you sense the unique vibe of each locale. If you just can’t find time for all 21 ‘hoods, don’t despair. Rather take your time in those places you do have time for. Relax at an outdoor cafe if the weather is clement, or inside a cozy bistro if it’s a bit chilly. You’ll be rewarded with Spanish hospitality and culture abounding.

Where our Spanish sojourn started and finished, Barcelona has so much to offer in its own idiosyncratic way. There is always something happening or something to see around every corner of Barcelona. Modern art and Catalonian Art Nouveau are at their best in approachable museums. Treating the senses, especially the sense of taste and smell, the many markets are not to be missed. As you discover the many neighbourhoods, you’ll find Roman and medieval marbles of architecture that still live amidst the vibrancy of a modern world capital. Making up the Barcelona of today the ancient foundations of the city’s culture are conveniently centred for a rambling tourist’s delight. Take in Ciutat Vella, the old town. You’ll discover the origins of the city and find innumerable photo ops, as well. And wine – Don’t forget the wine!

We could have spent many more days in each of the places along our Spanish adventure. For now, though, this encyclopedic delve into the culture or each venue was a wholly satisfying way to immerse ourselves in all that was Spanish. Having sensed the charms of each locale, we felt that we left knowing quite a bit about Spain and its varied heritages.

For a mother and child, the tour we had could not have been a better introduction to the wonders of Spain.