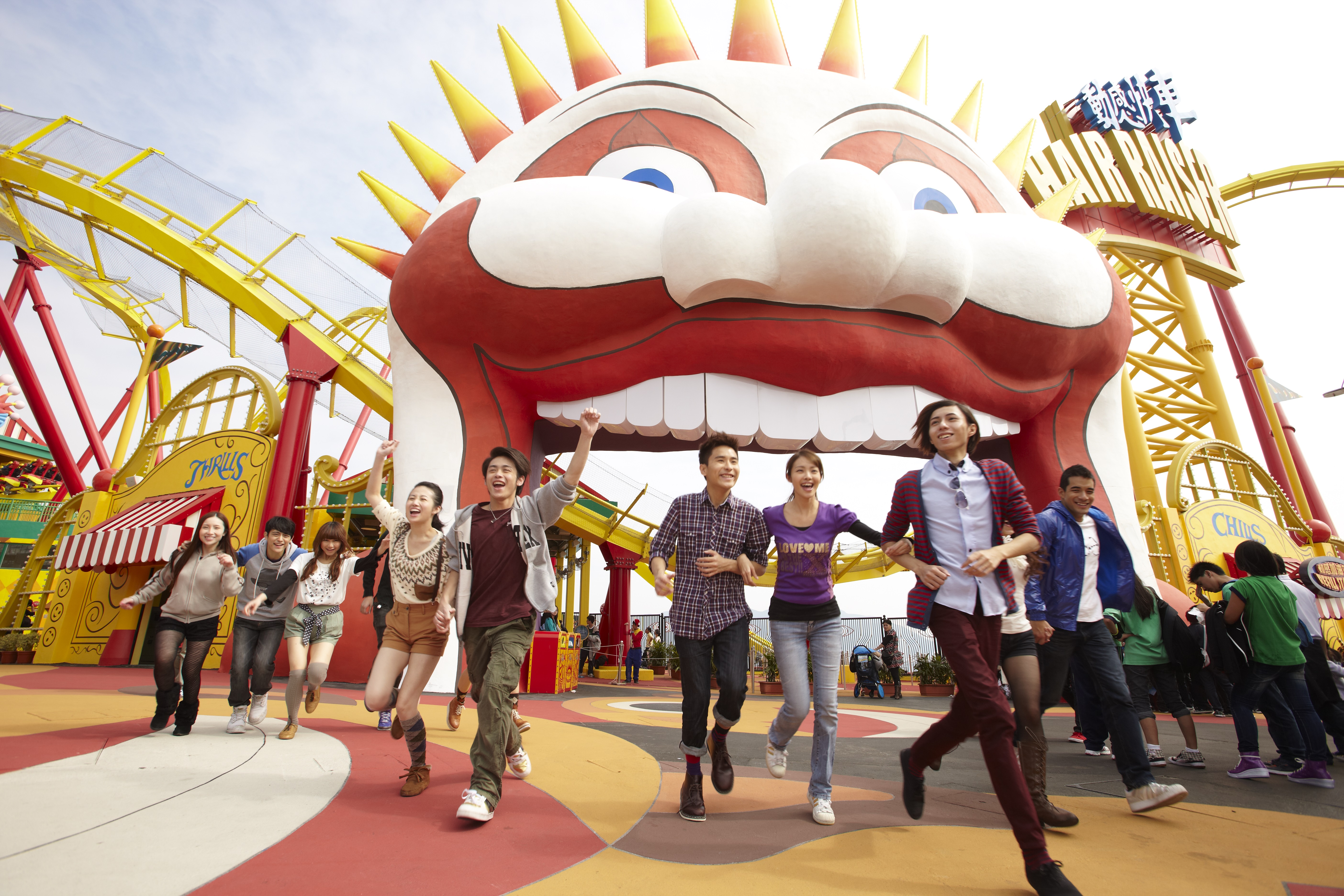 Janiqueel scopes out one of Hong Kong’s major tourist draws with a future visit and a favorite pal in mind.
The celebrated Mr. C, official child of Janiqueel, has his own theme park – our sitting room. Chairs are his jungle gym, laps, knees and strong arms provide thrill rides, wild animals of the feline and canine variety roam the halls outside his flat, a day pass costs nada, a season pass can be had for a similar fee. Add drinks from a sippy cup and the occasional biscuit and he is as happy as a pig in mud.

A break from the hustle and bustle of the big #city. Staying connected with @changirecommends #changiwifi at @hkoceanpark 😌

Someday, though – someday soon, I fear these simple joys may not suffice as a base upon which to build a very special day out. When that day comes and he is ready to board the big airplane, I shall return to Ocean Park, Hong Kong and show my lad the wonders that I enjoyed on my recent outing. A kid at heart, I had a ball! 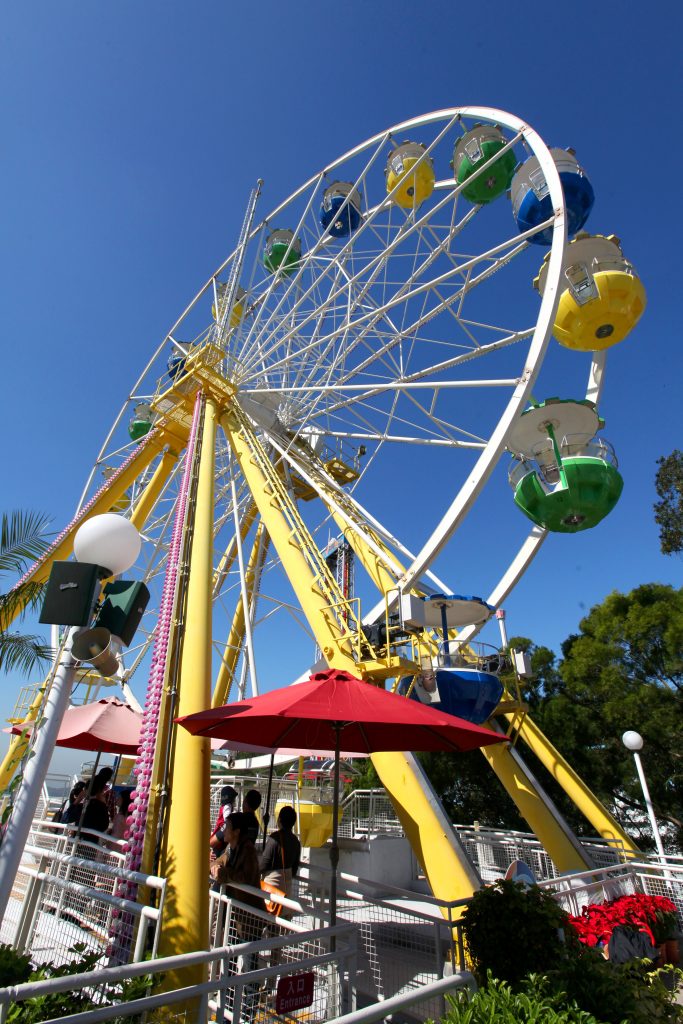 Built around two sites, The Waterfront and The Summit on the southern side of Hong Kong Island, the park is expansive to say the least. Offering thrill rides, old-time neighbourhood recreations, polar experiences, and more on a grand theme, the park purports to have something for everyone. It had plenty for me and my imaginary companion, an older Mr. C. Honestly, I could spend a good part of a day at the park just getting from one site to another on the cable car, “Ocean Park’s iconic facility, which is 205 metres above the South China Sea.” After a good dose of riding and touring and eating (remember you’re with a perpetually hungry janiqueel), the cable car offers 8 minutes of tranquility amid the  Hurly-burly of fun. As well as splendid views of Hong Kong and the harbour, one can see the whole layout of Ocean Park. here’s a tip: take it early in your visit, get a sense of what’s on offer, and plan your day accordingly. 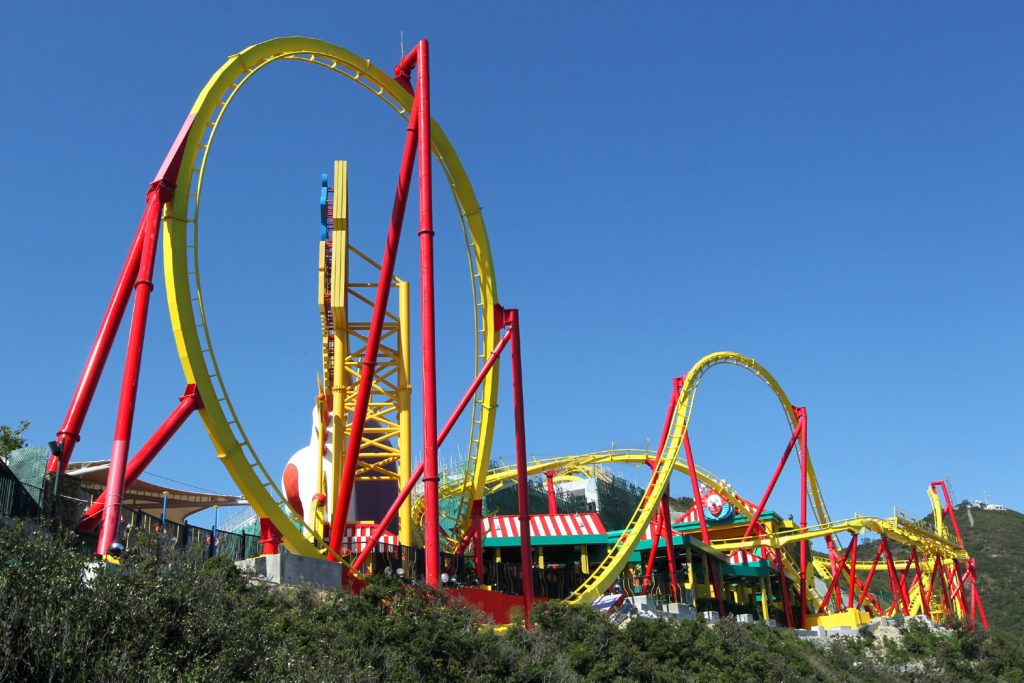 Bravely, I started with the rides. Without providing too much information, let me reel off the names of the stomach churners, then let your imagination run wild: Whirlybird; The Flash; Rev Booster; Bumper Blaster; Mine Train; Raging River; the Ferris Wheel; Hair Raiser. Get the idea? Heedless of my careful coif, I boarded the Hair Raiser and rated it the thillingest of the lot. It’s a floorless roller coaster that goes 88 km/hr and gives 4 G’s of acceleration. Thrills Big Time! Mr. C will have to try it when he is, say three-years-old or so. I can just imagine his grin and the wind blowing through his luxurious locks (a mother dreams). 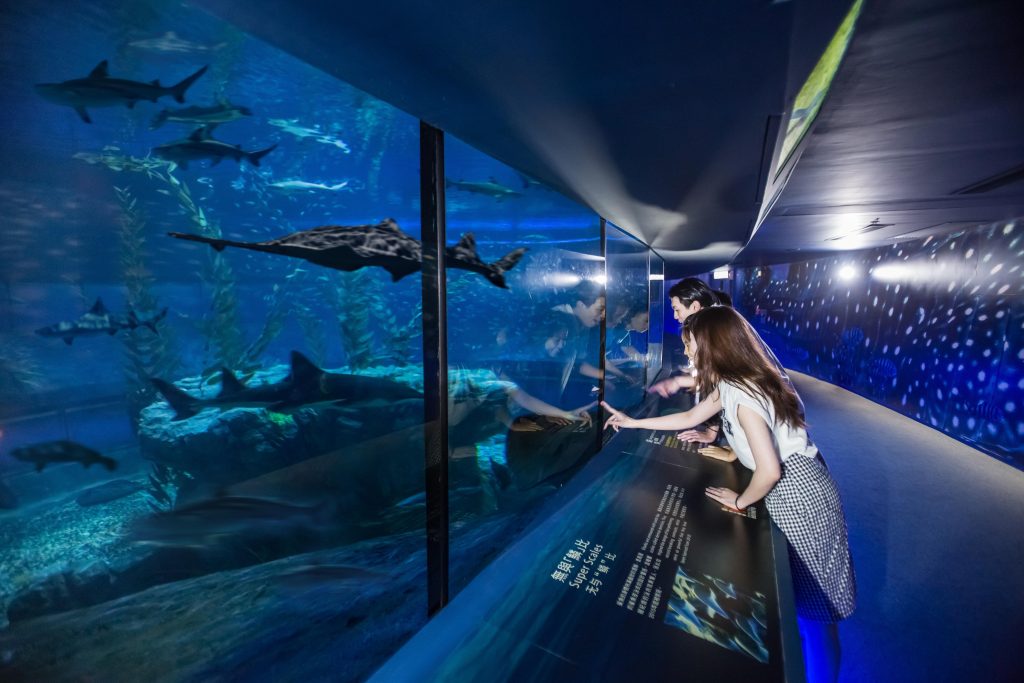 Thrills achieved, I turned to the various environments of the park. From ocean-life to polar blasts, the park offers a glimpse of the planet’s bio-zones to set city-raised hearts alight. The North and South Pole zones are especially conscious of the the dangers that our earthly home face pulling no punches about the climate change and its results.
There is a multitude of animals in Ocean Park. I’m a little wary of watching animals in captivity, but I have to say the ones here seemed well-cared for, had plenty of room to roam, and exuded health and good spirits. There’s a petting zoo for the young ones – I will be there someday with my eager zoologist offspring. I gave the Ocean Theatre a miss. I’d rather see the dolphins and seals doing their own thing rather than jumping and rolling on command – just my small quibble. 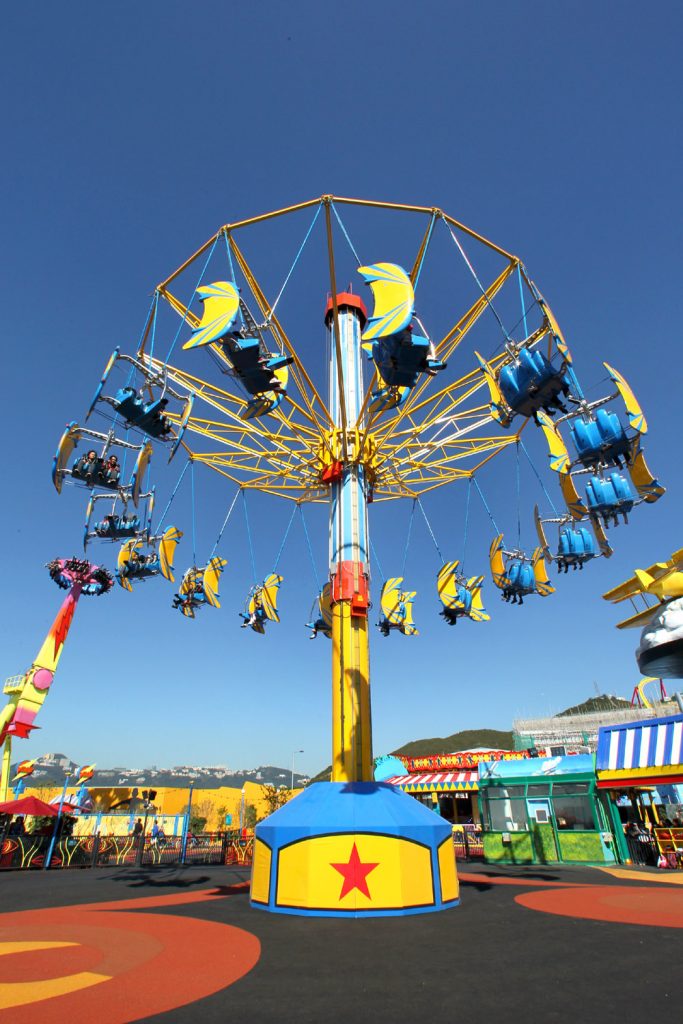 Make no mistake, Ocean Park aims to compete with rival Disneyland. It’s a strong contender. Only have time to choose one? Right up front, I’d take Ocean Park. Less Mickey, Donald, and Goofy, more attention to its Asian home. Laid our less like a theme park and more like a real park suitable for strolling when the thrills get to be too much. And that cable car – nothing like it!
I’m going back. Next time with the celebrated Mr. C in tow. Can’t wait!
Photos by Ocean Park Hong Kong.