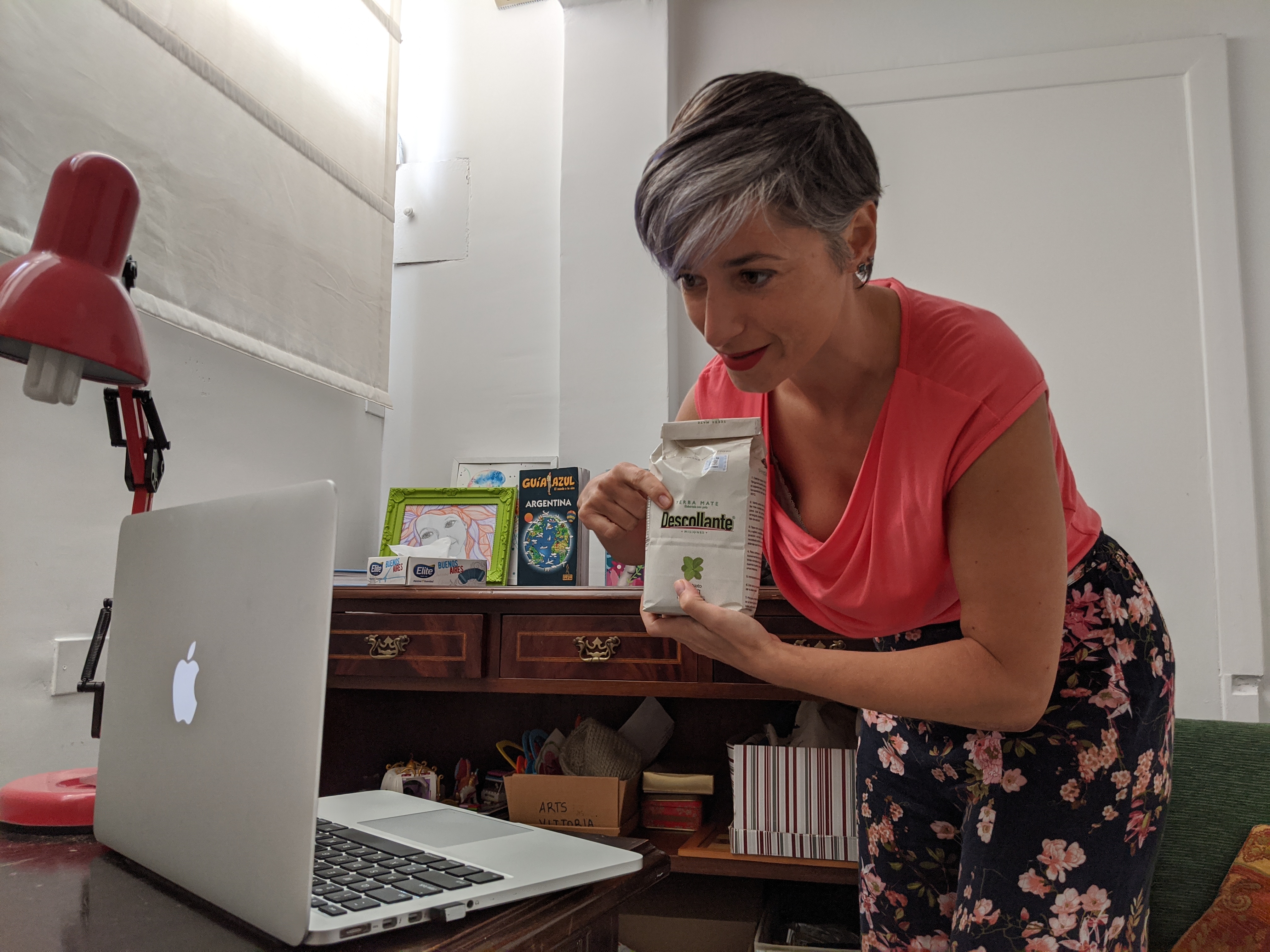 Janiqueel eludes the circuit breaker for a tour of the culture and colour of South America’s most vibrant cities.

Without the streets or dusks of Buenos Aires, a tango cannot be written.

For 90 minutes on a Sunday evening, we slipped through the circuit breaker, adjusted our internal clocks, and took a jaunt to Buenos Aires. There, we were warmly welcomed by Simona, a charming Italian transplanted to Argentina years ago. Happy now to share her love of the city and its people, Simona stars in a virtual WithLocals adventure in “Staples of Argentina with Simona”. Honestly, it’s not as good as actually visiting Buenos Aires, but these days, alas, when there is not much chance of doing so, it is an excellent alternative. It will make you want to go when we put the present difficulties behind us and make our travel dreams come real.

Complemented with videos of the city and culture, Simona’s narration is as full of passion and intrigue as the city itself. While providing a remarkable overview of her subject, Simona winds history, culture, her own observations, and atmosphere around “Staples of Argentina”, VAMOS, VAMOS ARGENTINA!

One doesn’t have to be in Buenos Aires long to notice that great swathes of the local population are holding beautiful mugs or gourds and sipping and sharing the drink within from long straws. MATE (pronounced ‘Ma Tay’) is ubiquitous. So…What is it? It’s a tea with plenty of caffeine punch made from yerba mate, green leaves finely chopped, that imparts an earthy flavour to the concoction. In addition to the mugs which are often highly and individualistically decorated, Argentinos often carry custom-made leather totes that accommodate the gourds, thermoses, and a generous supply of the mate, itself. Mate is a cultural phenomenon. Although it can be found in some cafes, it is not often a part of dining out. Rather, it is carried and fussed over whether out and about, at work, on the patio, or at fútbol (soccer) game.

Is soccer popular in Argentina? Does asado involve meat (More on that later)? Yes. Oh, my, YES! With more than two dozen professional organizations, BA purports to have the highest concentration of teams and fans in the world. Spread out over the city, many neighbourhoods have their own teams to which the populous are fiercely loyal. Perhaps none more so than La Boca, named after the mouth (Boca) of the Río de la Plata. Across the city to the north is Núñez an enclave also located on the banks of the River Plate (English usage). Boca Juniors and River Plate soccer clubs are, to put it mildly, fierce rivals. Maradona played for Boca Juniors at one time – a time that will never be forgotten. Thes Covid days the vast stadiums stand deserted echoing the cheers and chants of happier days. But across the city, the rivalries and boasts continue among fans waiting only for a chance to revel with friends and sip mate together. No stranger to fútbol, Simona concentrates on La Boca neighbourhood and team. No surprise, given the Italian heritage found there. Before the games or after, one can usually find a multitude of ASADOs in full blaze.

Asado? Think of it as South Ameican barbeque. It’s all about meat. Remember that the Argentinean pampas stretch far to the west. They are the prairies where cattle roam and grow fat overseen by vigilant gauchos. A culture unto itself, asado combines the tastes, smells, noise and camaraderie that is Buenos Aires.

Speaking of a culture unto itself, the TANGO is quintessentially a part of Buenos Aires. Born in the poorer areas of the city – notably La Boca – it is a dance of sensuality and passion. Originally found in the bars and cafes in the backstreets where the ragged ends of society met to drink, dance, flirt, and be naughty. Recognized the world over, the Tango is a dance of love and grace. To watch virtuosos perform the dance is to let the mind wander to a place and a time and an attitude that is pure Argentina, yet universal.

Buenos Aires is too replete of culture to summarize in an all-too-short virtual visit, but Simona makes a superb attempt with charm and grace. Her young daughter popped in at times to say hello and add her particular brand of friendliness.

A special surprise awaited at the end of our “tour”. It was one of the highlights of the evening. It was… No, I won’t tell; that’s what a surprise is – right?

Thank you, Simona, for an unforgettable journey!

Editing and research help from JKJ