Skip to content
Smashing their way into Singapore, the Tap Dogs opened their run this week at the MasterCard Theatres at Marina Bay Sands.
Starting off, the stage presence was a little lukewarm rather than an expected BANG! The crew however tactfully picked it up and commanded the audience’s attention throughout with the loud and robotic synchronization in even the most complicated of steps which left most of us tap-dancing noobs stunned.
The crew was made up of 6 tap dancers (James Doubtfire, Sheldon Pery, Richard Miller, Nathaniel Hancock, Douglas Mills and Chaise Rossiello) and the full set was supported by two beautiful and talented female drummers (Lyndsay Evans and Noriko Terada) in the background music set that joined in the tap crew with their drums during the water segment.
The dedicated water set where the splashed onto some lucky (or unlucky!) members of the audience. Thank god for the ponchos provided for the first few rows!
The basketball segment left the audience stunned where the full tap crew incorporated the bouncing of the basketballs with one another and a coordinated tap routine. Most of us would struggle to even go a few basketball bounces and passes, let alone while tap dancing.
The high level or precision, strength and stamina that the tappers demonstrated throughout was well deserving of a standing ovation. With tremendous strength and stamina to keep going for over an hour to even tap dancing upside down, this is not an easy production to be delivered and the team should be appreciated for their perseverance to make it to perfection and to deliver it to the audience with such energy with bits of audience interaction which kept the audience amused.
There was also a segment that incorporated the use of chain saws (or were they drills?) to create sparks for more dramatic effect. Personally I felt that it was rather redundant and did not add on to the energy that was exuding from the stage. Maybe for dramatic effect, other members of the audience may appreciate it! This was a highly original and creative production however, there are definitely ways which it begs to be improved that would be to have a plot or storyline that would relate the segments together, or even to the point where each set would convey a message or a dramatization via tap dancing. Now that would be something to watch!
Overall,Tap Dogs is a definitely not a show not to be missed. There were no hiccups and everything was perfectly timed and synchronized. The show was packed with vibrancy and energy which won over its audience and garnered a standing ovation and an encore. Well done Tap Dogs! 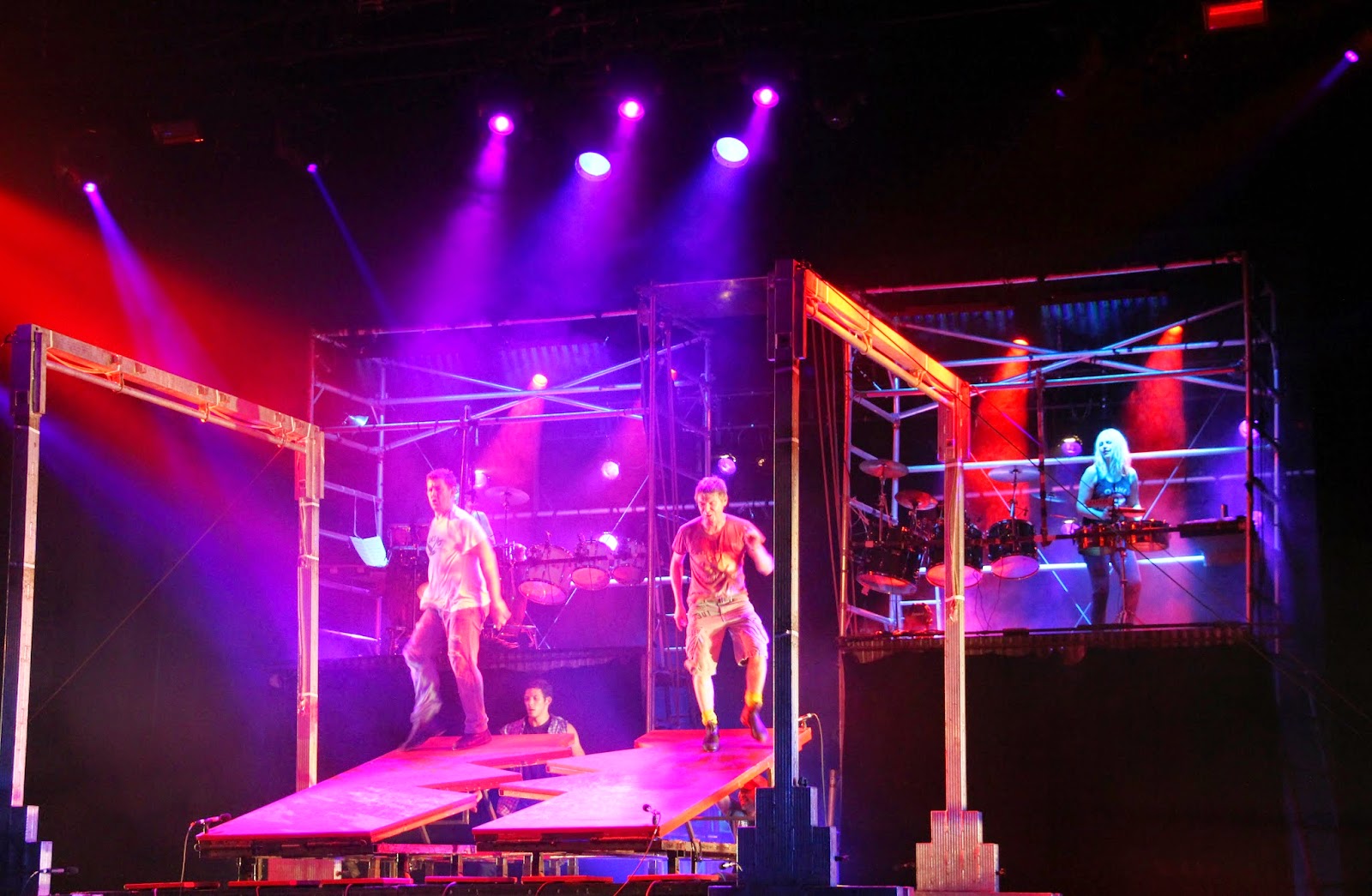 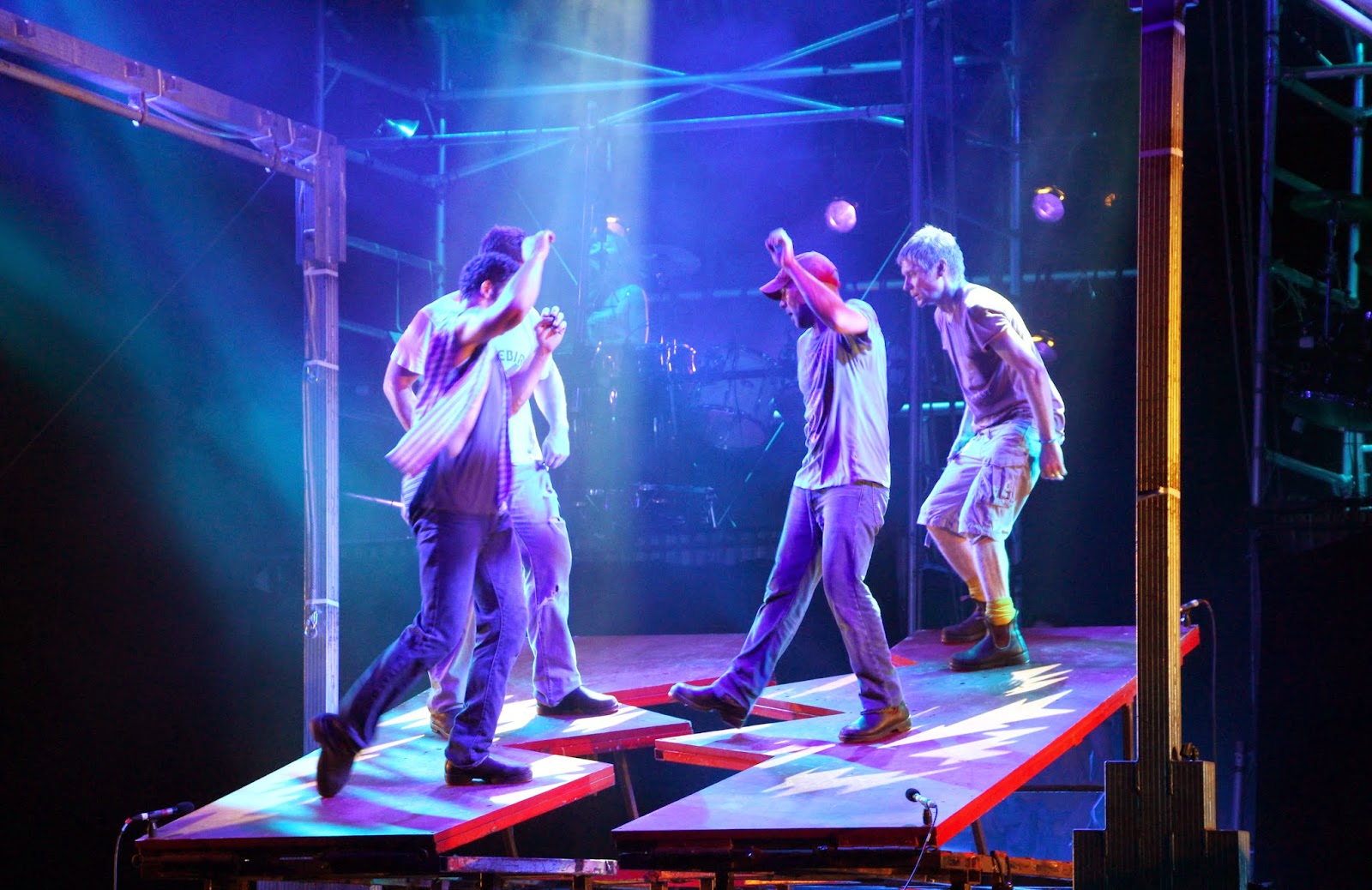 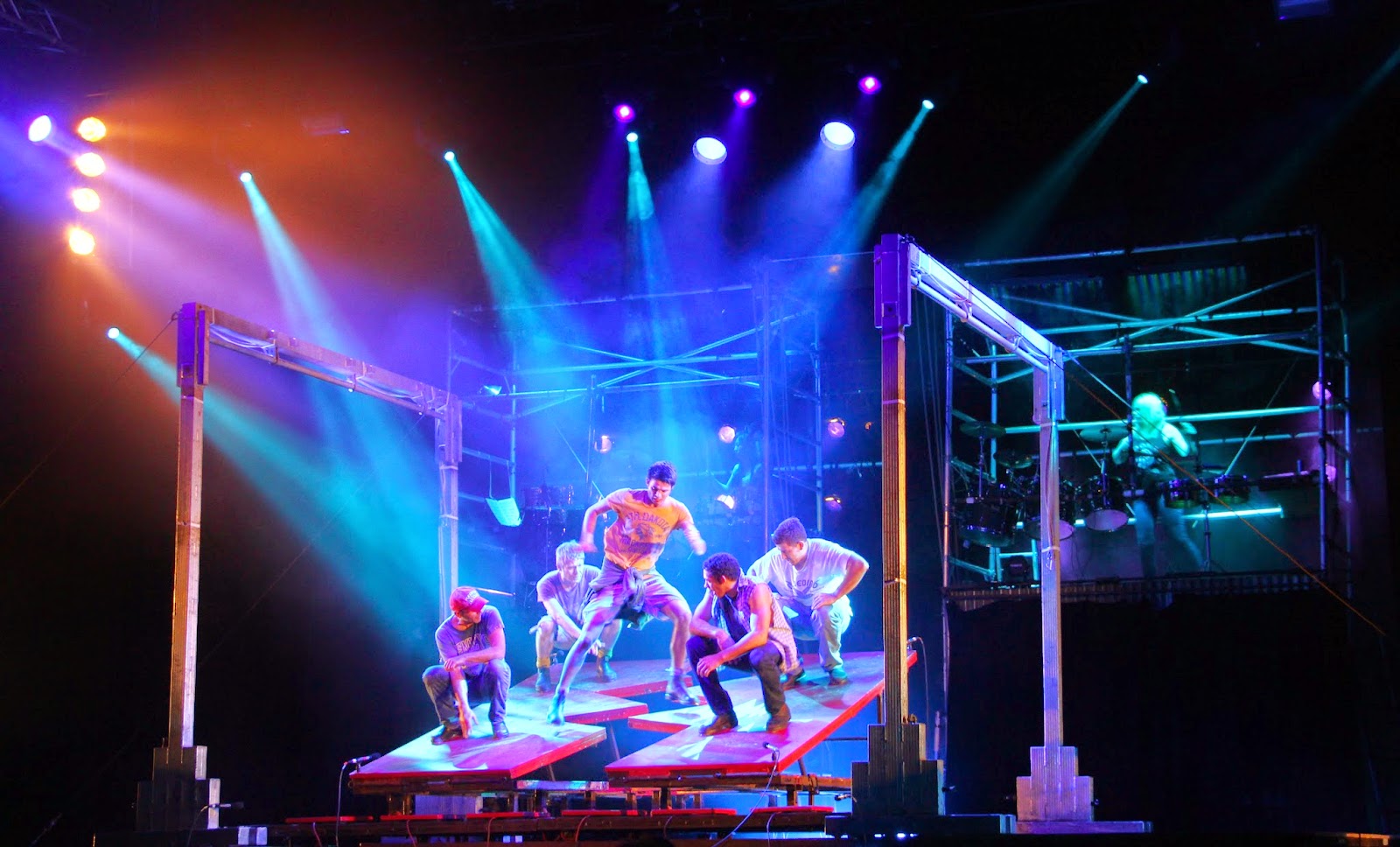