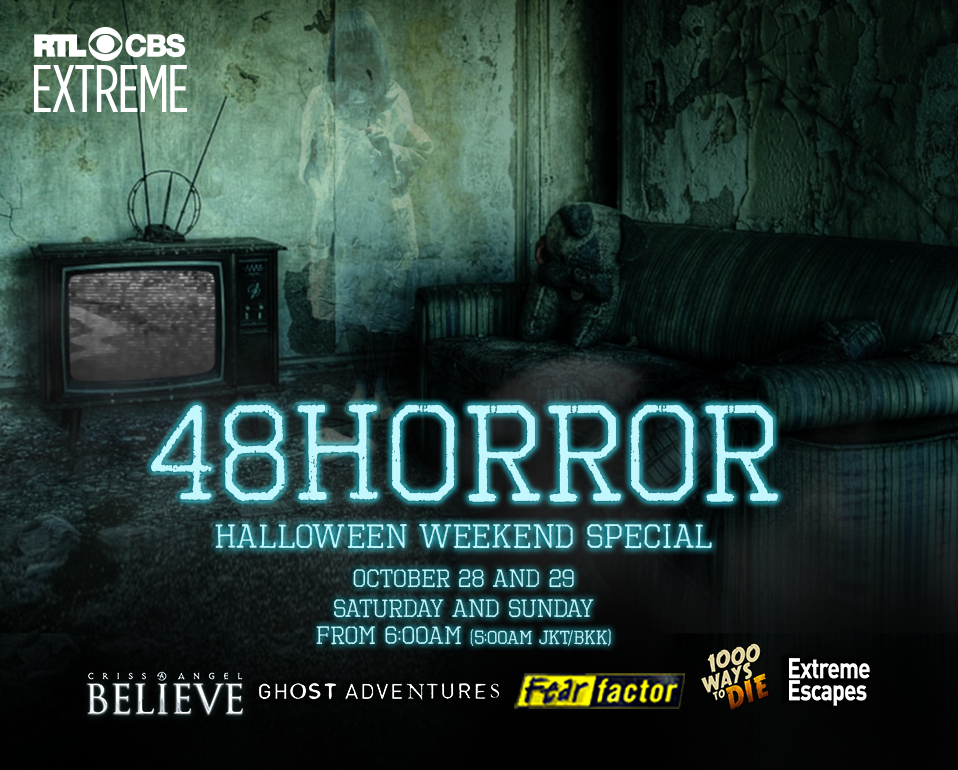 The scariest time of the year is here to bring back the ghastliest tricks and treats that will leave us with goose bumps all over! No matter how frightening Halloween can get, we just can’t help but feel fascinated by the gross, the morbid, and the monstrous as much as the candies and costumes that mark the occasion.

To add to the witches’ brew, RTL CBS Extreme is throwing a 48-hour weekend marathon that will send chills down the spine starting 6:00AM on October 28, Saturday, until October 29, Sunday—just in time for Halloween. Scared yet? Check out what’s in store on this hair-raising Weekend Special:

Enter the world of magic and deception with some of America’s most mystifying performances, including sensational acts by Penn Jillette and Teller in Penn and Teller: Fool Us and mind-boggling stunts by illusionist Criss Angel in Criss Angel: BeLIEve. For a dose of danger, Extreme Escapes delivers impossible, death-defying feats that are not for the weak-hearted.

What better heightens the sense of horror than things that make the skin crawl? From blood-sucking leeches to slithering snakes, America’s most daring game show Fear Factor takes contestants through a series of stomach-churning challenges as they attempt to overcome their worst nightmares made flesh.

The Grim Reaper sure knows how to pique our interest in the afterlife. Anthology series I,000 Ways to Die follows the bizarre circumstances behind unusual deaths across history, while real-life survivors recount harrowing close encounters with their untimely demise in The Day I Almost Died.

Don’t believe in ghosts? Unlock the mysteries of the “other side” with paranormal investigators Zak Bagans, Nick Groff, and Aaron Goodwin. Follow their ghastly expedition as they scour reportedly haunted locations with infrared night-vision cameras and electromagnetic field meters in Ghost Adventures.

RTL CBS Extreme’s Halloween Weekend Special starts at 6:00AM (5:00AM JKT/BKK) on October 28, Saturday, and runs until October 29, Sunday.