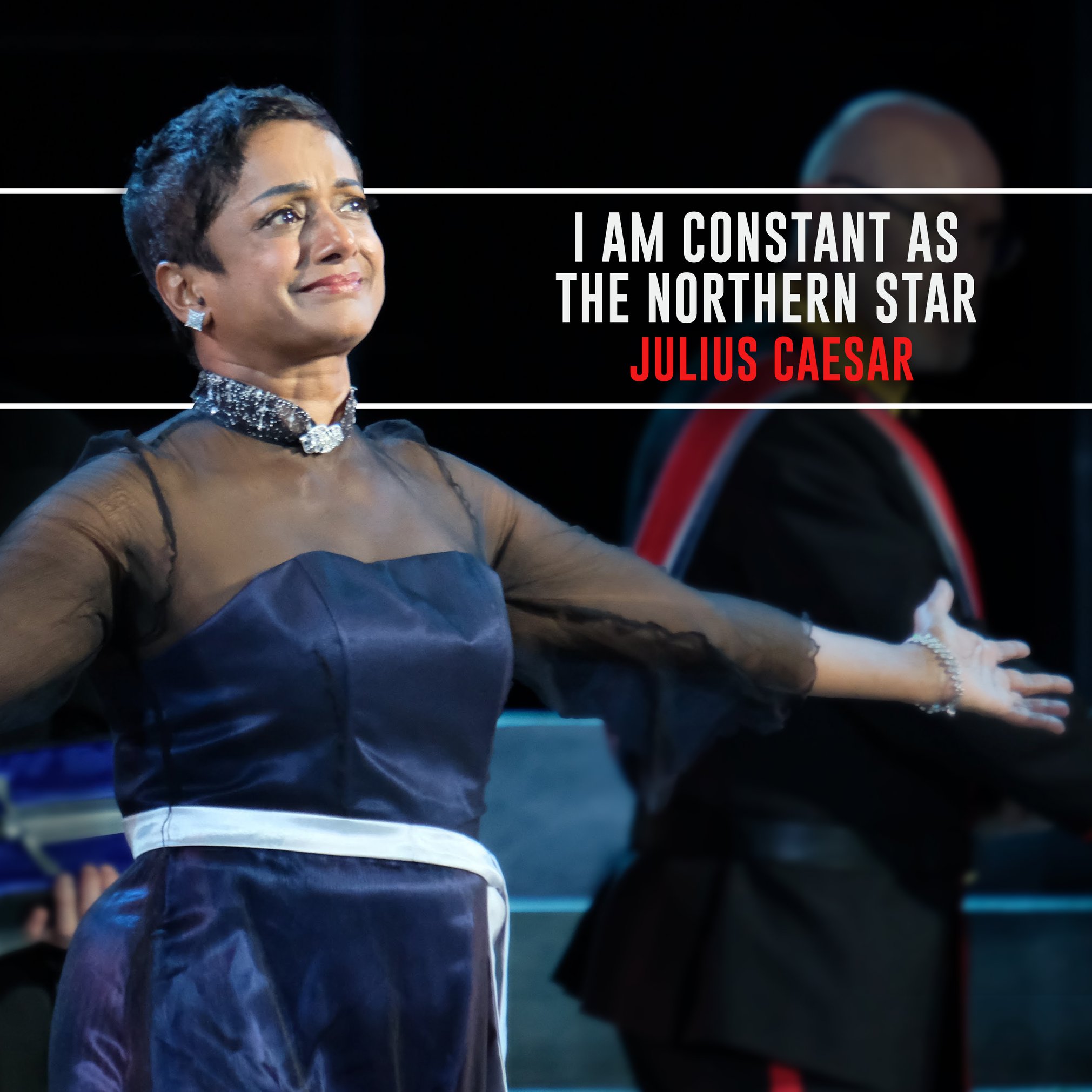 Take thou what course thou wilt.

We groundlings had it a bit better on Friday night than our eponymous theatre-going forebears who crowded and stood uncomfortably in the ‘pit’ of the Globe Theatre.  When the weather was hot, they earned the sobriquet’ stinkards.’ We didn’t have to stand. The tropical evening was clement. I didn’t once hear ‘stinkards’ uttered. 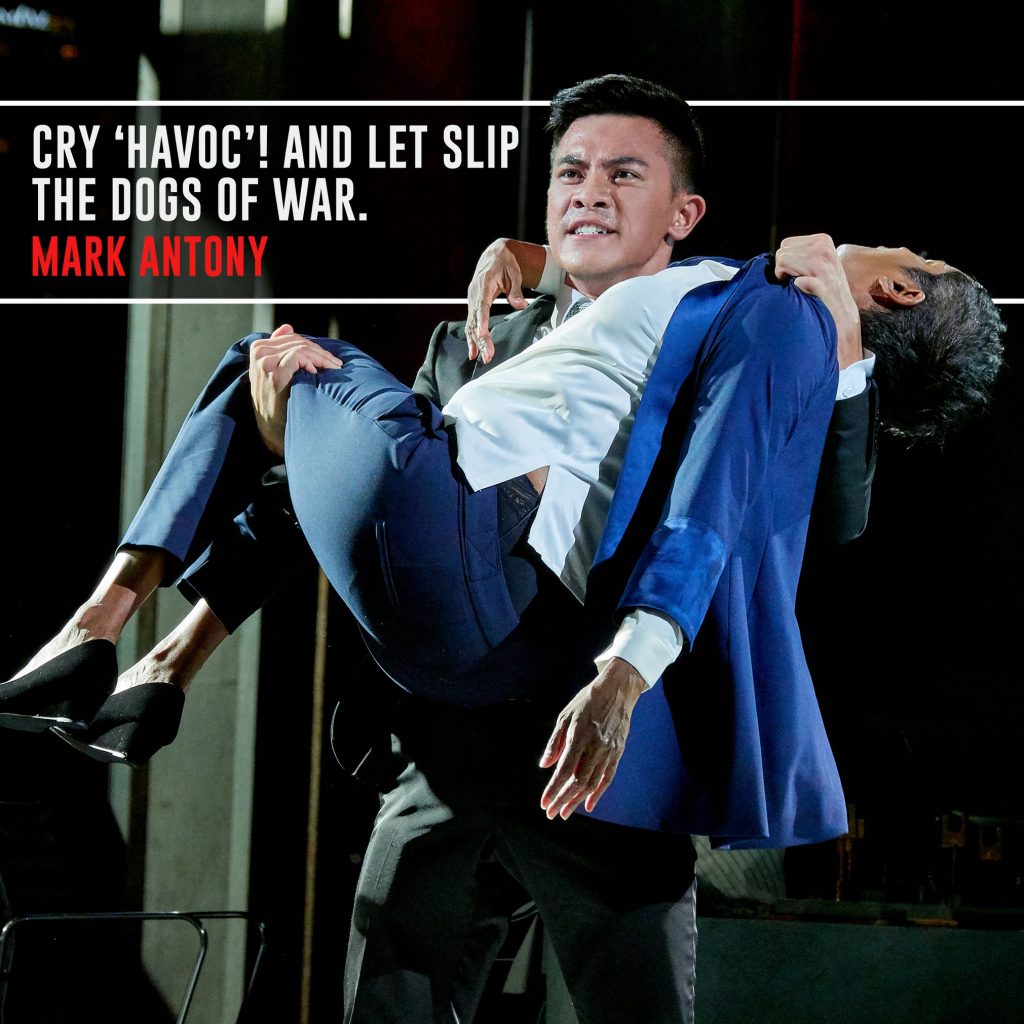 On a blanket with a bottle of pretty palatable Pinot Noir, some cheese, and bread, looking down the slope at a spectacular stage with the lights of Singapore in the background, it was hard not to be completely charmed by the setting. The perfect venue to watch political machinations, insider intrigue, and multiple stabbings. 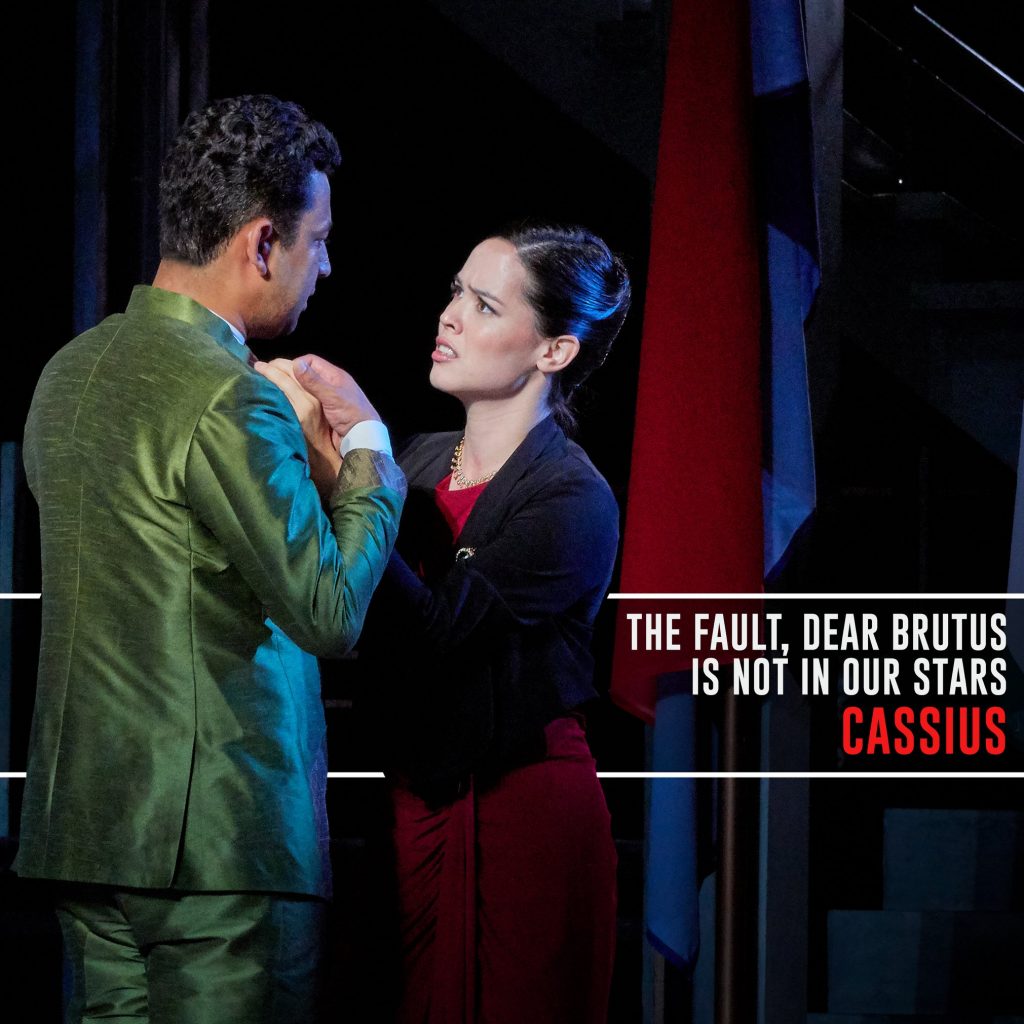 If Friday night was any indication, it looks like SRT’s Shakespeare in the Park is back with a bang after a much-rued hiatus. Set design, costumes, staging, lights, food, drinks, seating, and ticket-handling were all of the first quality. This was theatre-going of the highest quality. Kudos to the Singapore Repertory Theatre for pulling off a theatrical event of the first order.

I’ve written earlier about the play itself and what the audience might expect from the tragedy of Julius Caesar – murder and mayhem. Yes, it happened as expected. Quirkily, Caesar was played by Jo Kukathas, her second Shakespeare in the Park appearance. Yes, “her.’ In a daring bit of casting the Roman ruler was played by a woman, a very accomplished actor on the KL/Singapore stage. Casting a woman in such a thoroughly iconic role was a bold choice. Of course, given the #metoo movement, and a year rife with abuse stories in the media, it resonated. To opportunistic? Too quirky? I didn’t think so, but let each viewer decide. At the very least it provided food for the proverbial thought and a lively conversation-starter afterward. 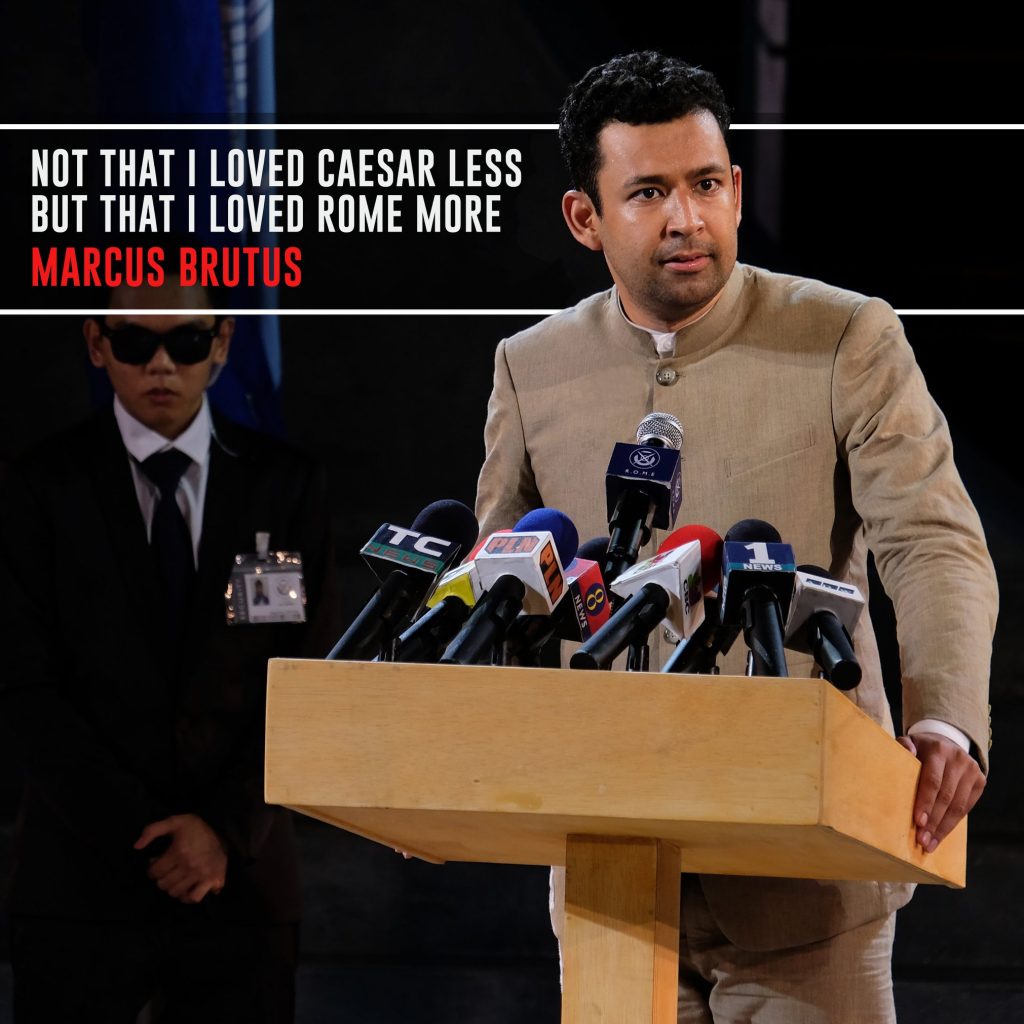 A frequent and avid theatre-goer, I think I can speak with some experience in saying that this year’s Shakespeare in the Park was a night to be cherished. I’m all atingle to see what SRT will offer next year.

Shakespeare in the Park runs till 27 May 2018. Don’t forget – if you miss it this year, it’ll be a 2 year wait till the next! Book via www.srt.com.sg/juliuscaesar